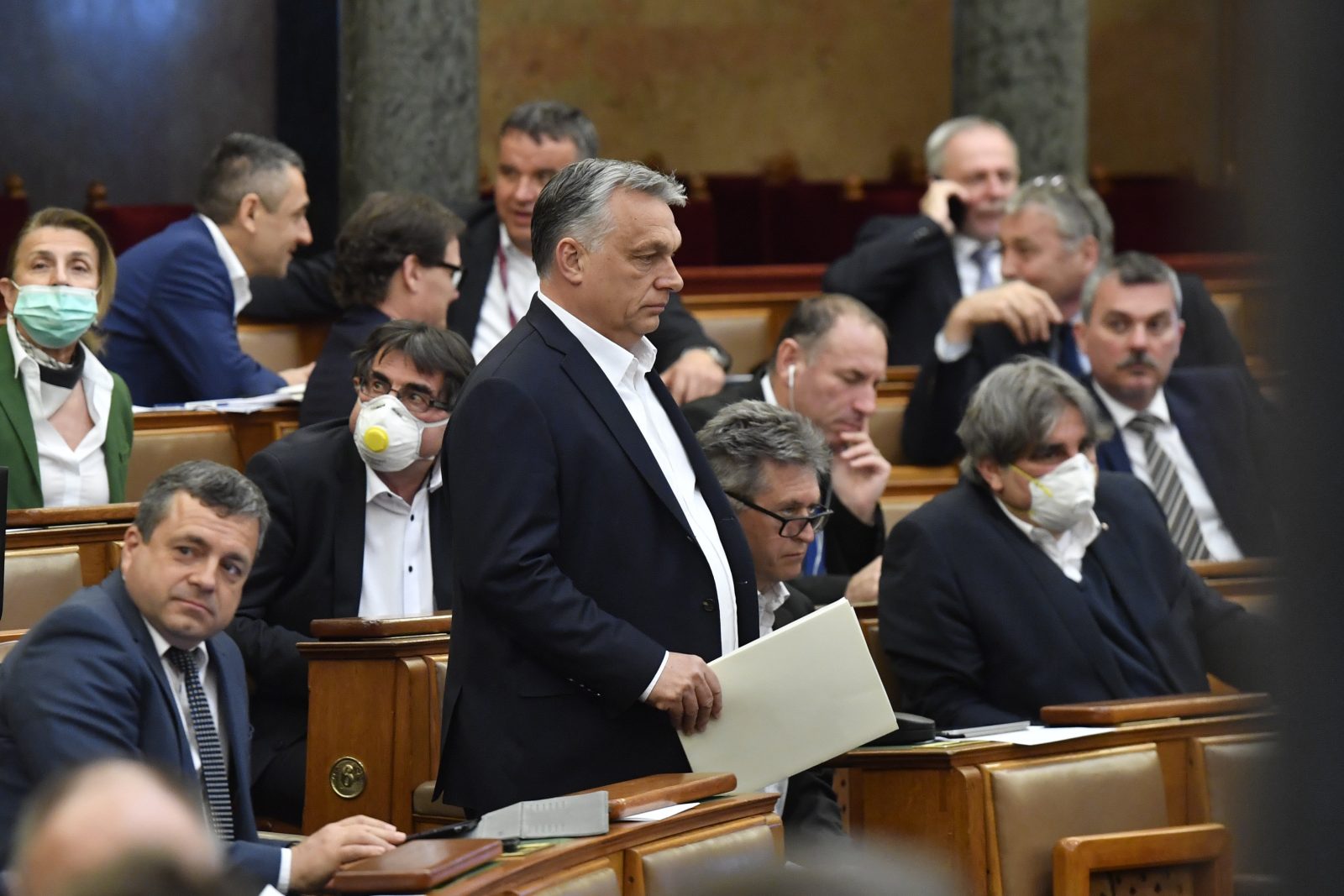 The Orban government has taken total control of the flow of information about the pandemic, and health workers fear being fired if they talk to the press, even anonymously, a survey says.

The Hungarian government has centralized communications about the pandemic and is filtering the release of information about COVID-19, a new report claims.

It says alternative sources of information, especially healthcare workers, are afraid of being fired if they talk to the press, and that the new “Coronavirus bill” will lead to more self-censorship among journalists.

These are the main conclusions of a report compiled by the Hungarian Civil Liberties Union, HCLU.

It surveyed editors and journalists of 19 independent media outlets on their experiences of how the government and other state institutions handled information about the COVID-19 outbreak in the first month of the crisis.

The main body handling the pandemic in Hungary is the so-called Operational Group, OG, it notes, which holds a daily press conference.

Hospitals, ministries, professional organizations and other state institutions are not allowed to talk to the press about the pandemic, and all questions related to it must be submitted to this body.

Moreover, only a few weeks after the outbreak started, the OG moved its press conferences online, so that journalists can now only email questions, making it impossible to re-submit unanswered questions.

Also, questions chosen for answering are highly selected, certain outlets are neglected and many sensitive questions remain unanswered, according to the report.

While local municipalities have become more open to the press about the outbreak, mayors also suffer from a lack of information, the report says.

According to the surveyed journalists, alternative sources of information have become scarce. “Even if anonymity is guaranteed, nobody dares to speak to journalists, as they are afraid of retaliation. Healthcare workers are the most intimidated, while their voice is missed the most, to know the reality,” the HCLU report says.

The report quotes one journalist who said a physician friend told him: “Don’t write this because I’ll be fired and you’ll go to jail.” They were referring to the new “Bill on protection against coronavirus” that Hungary’s parliament passed in March.

The controversial bill allows Prime Minister Viktor Orbán’s government to rule by decree without any time limit. It also amends criminal law to introduce jail terms of one to five years for anyone convicted of spreading “falsehood” or “distorted truth” about the pandemic.

The HCLU says the new legislation effectively forces journalists to self-censor their work.

“Due to the wording of the bill, it is very uncertain what could be proven in front of a court. Now, it seems, a trustworthy source will be not enough; we’ll need to present every piece of evidence. We are vulnerable to the judges’ goodwill,” it quotes one journalist as saying. Another added that, owing to the lack of non-government sources, they have few chances to check incoming information.

Last, the report states, defamation of independent media outlets has become more regular in the state and pro-government media, which routinely call articles critical of the government “fake news”.

On March 15, according to the report, for example, when Zoltán Kovács, Secretary of State for International Communication, attended the daily press conference, instead of answering a question about Hungary’s testing protocol, he rebuked the journalists in a condescending and humiliating way.

The HCLU report says the newspaper Magyar Hang’s articles are constantly labeled “fake news” in the public media, after it published an internal letter from the vice-president of the Hungarian National Blood Transfusion Service asking co-workers not to wear protective masks.

“The scope of such reports is clearly the public defamation and discrediting of independent media outlets,” the HCLU said.