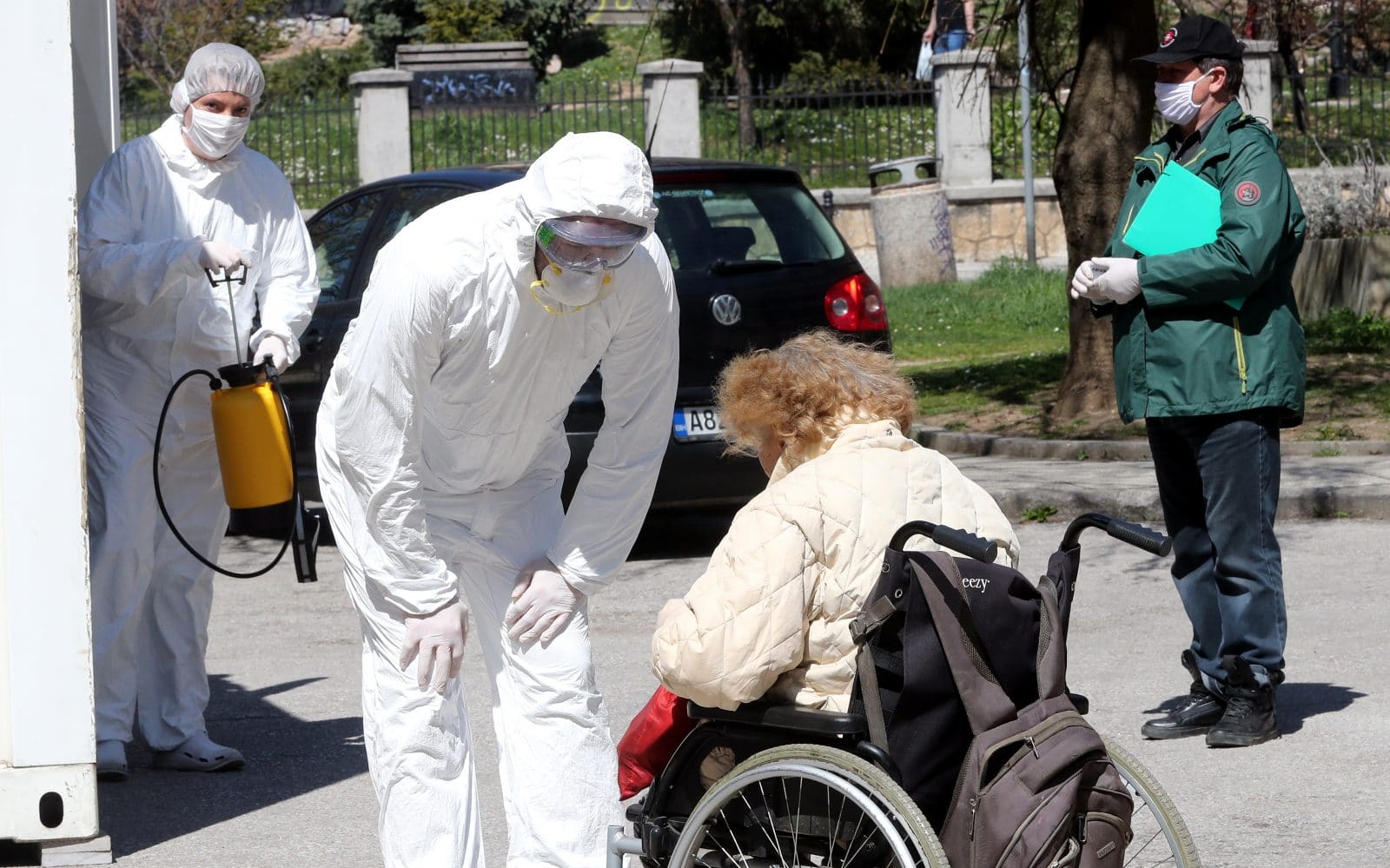 People waiting to be tested for coronavirus outside a hospital in Sarajevo, Photo: EPA/Fehim Demir

Serb-led entity has been urged to withdraw new decree banning the spread of panic – as journalists’ union complains of repeated moves in the country to censor information about COVID-19 under the guise of preventing misinformation.

The rights organisation Transparency International, TI, in Bosnia and Herzegovina has called on Zeljka Cvijanovic, President of the Serb-led entity, Republika Srpska, to withdraw a decree banning the spread of panic and disorder during a state of emergency, saying that the Bosnia’s constitution does not allow the entities to suspend the right to freedom of expression and opinion.

In Republika Srpska, a decree with the force of law prohibiting the spread of panic and disorder during a state of emergency came into force on Tuesday.

The decree, which follows the introduction of the state of emergency in the entity, stipulates fines of 500 to 4,500 euros for individuals and companies that spread panic and fake news through the media and social networks. Opposition parties in the RS describe the regulation as controversial.

The Board of Directors of the Association of Bosnian Journalists has meanwhile called on both Bosnian entities to ensure unhindered access to information and decisions regarding the COVID-19 epidemic in a safe and free manner, without imposing any restrictions, censorship or restrictions on journalists.

“Such an approach calls for the urgent withdrawal of decisions and regulations with legal force concerning the restriction of freedom of expression and opinion in the media and on social networks, as well as the abolition of the power of individuals, police and other security agencies to censor the media and citizens, with rapid investigations or the imposition of very high fines, as in Republika Srpska,” the Association said in a press release.

The current RS decree is almost identical to the earlier ruling banning panic and fake news that the RS government adopted on March 19.

One of the first individuals fined for violating the decree is a medical doctor, Maja Stojic Dragojevic, who is also a member of the Presidency of the largest opposition party in the RS, the Serbian Democratic Party, SDS. She was fined for writing on Facebook that there were not enough ventilators, beds, or intensive care services in the RS, and for claiming that the RS was unprepared for what is to come.

The Association of Bosnian Journalists has also warned that the government of Bosnia’s other entity, the Federation of Bosnia and Herzegovina, through its Ministry of the Interior and cyber-crime units, had begun monitoring information on social networks, and that five criminal proceedings had since been instituted for allegedly spreading false information and panic.

“Regardless of the emergency, it is against all democratic values to impose institutional censorship and restrictions on freedom of expression and information and to give broad authority to individuals engaged in crisis staffs or police and security agencies to interpret and ‘regulate’ journalistic rights and media freedoms according to their standards,” the  association said.

The Journalists’ Association has said it will invite international organisations and European institutions for the protection of freedom of expression to respond to the censorship of information about COVID-19 in Bosnia.

The Council of Europe’s Commissioner for Human Rights, Dunja Mijatovic, recently said measures to combat misinformation should not be abused to hinder media freedom. She warned that freedom of the media was being suppressed in several countries under the pretext of combating misinformation about the coronavirus.