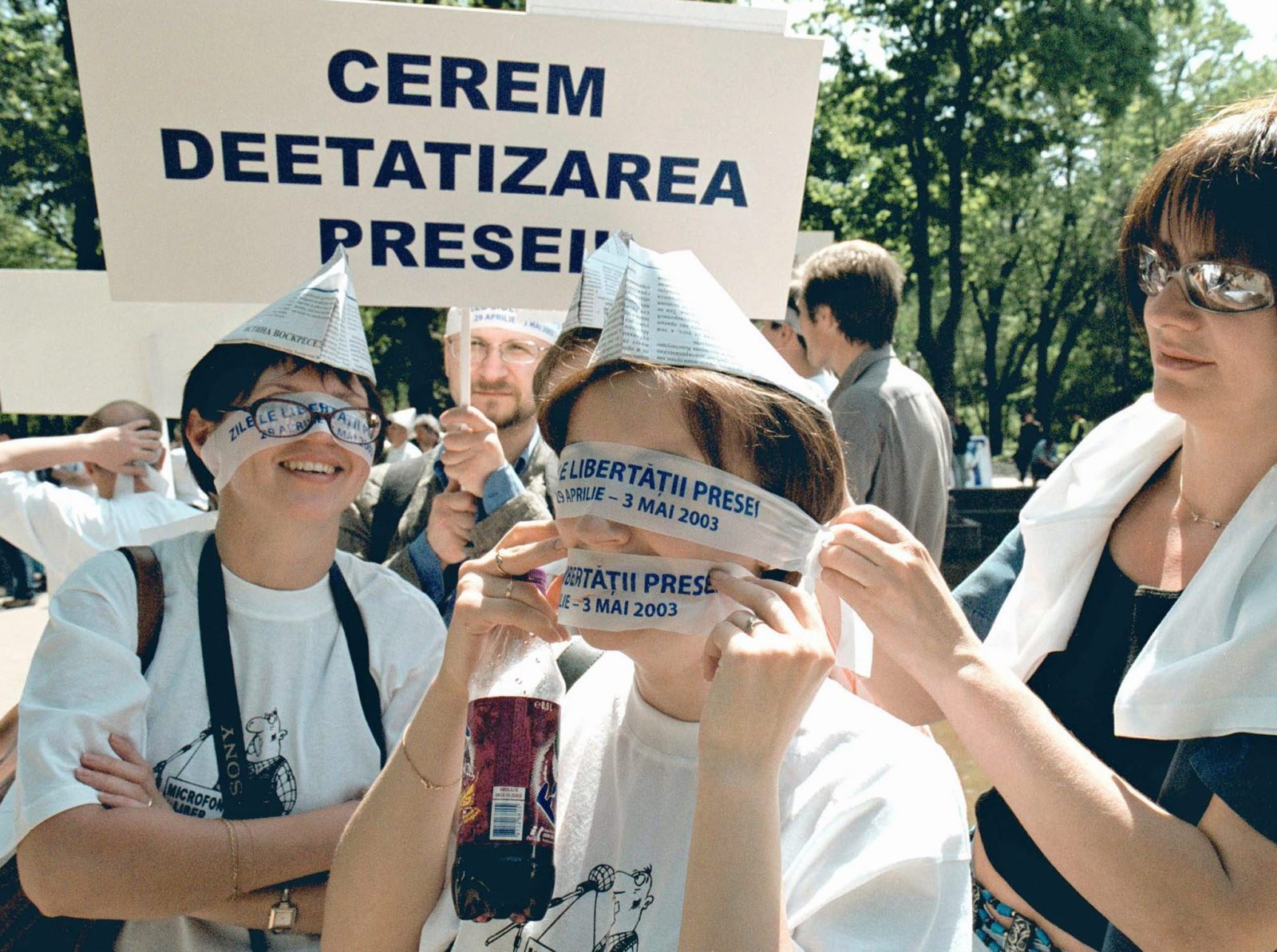 A Moldovan journalist woman (L) smiles as one of her colleagues is wrapped over her eyes with a tape that reading ‘Press Freedom Day’. Photo: EPA/Tudor Iovu
Moldovan authorities are flirting with further reining in media freedoms as the COVID-19 pandemic worsens.

A short-lived order for media in Moldova to refrain from printing or broadcasting ‘opinion’ and to convey only the position of authorities during a state of emergency imposed to aid the fight against the COVID-19 pandemic has set alarm bells ringing in the former Soviet republic.

The decree was issued on March 24 by Dragos Vicol, president of Moldova’s Audiovisual Council, CCA, the country’s chief media regulatory body, but it was met with a storm of criticism from journalists and media associations.

“Journalists will unilaterally renounce formulating their own opinion or other arbitrary opinions in reflecting on topics concerning the COVID-19 pandemic,” the order read.

The following day, Vicol tried to defend the order, saying it referred only to “unqualified opinion”. The media, he told the TVR broadcaster, should get their information from the World Health Organisation, WHO-approved sites, the government and the health ministry, “not from persons who bear no responsibility.”

On March 23, Dodon said Moldovan media were trying “to make a show” of the health situation in Moldova, Europe’s poorest state.

Chicu, the PM, initially endorsed Vicol’s order, while stressing the authorities had no intention of restricting the freedom of the press. 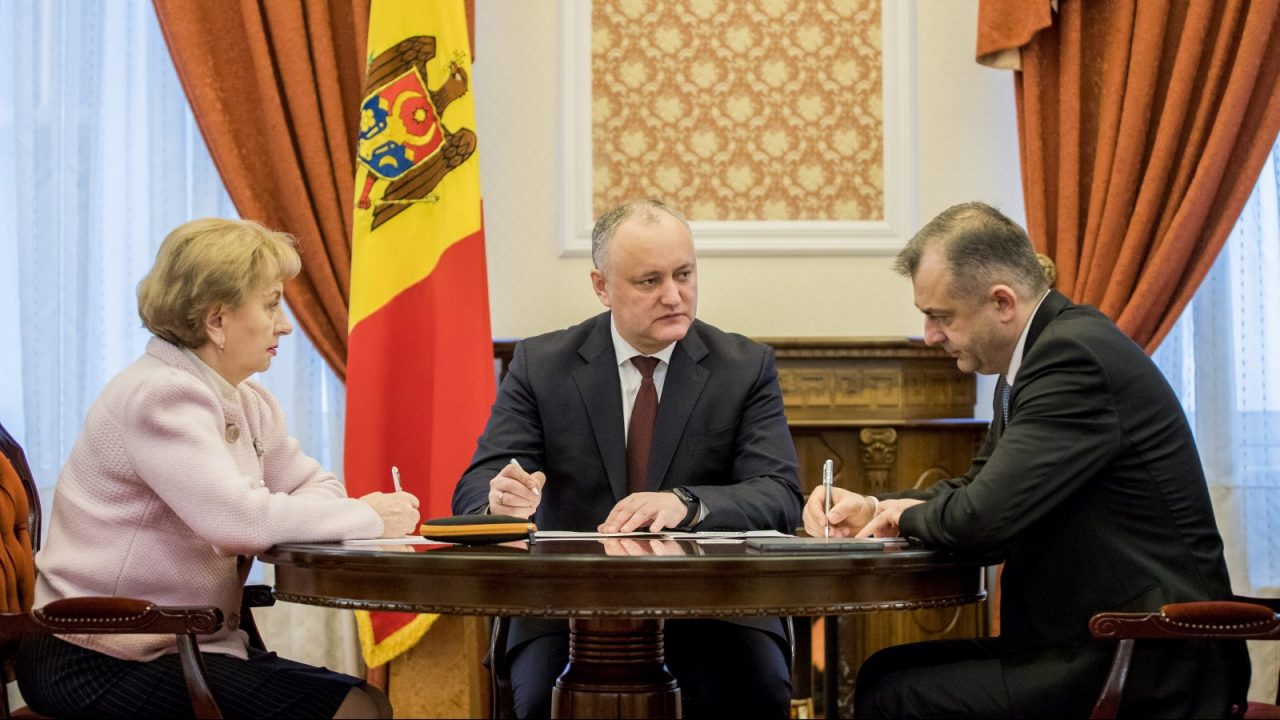 But media NGOs and associations were unbowed, and launched a petition calling for the order to be withdrawn. The authorities are concealing information from the public, the director of the Independent Press Association, Petru Macovei, told BIRN, “This is why people need to be informed because quality information is an important point in tackling the pandemic.”

Dodon, who will bid for a second term in an election set for November, eventually distanced himself from the decree. Vicol rescinded it on March 26 “to calm spirits in the society,” but its main provisions will still be discussed during an upcoming session of the CCA.

Regardless of Dodon’s U-turn, media experts said it was unlikely Vicol acted of his accord in issuing the order in the first place.

“I believe that Vicol’s decision was requested by the authorities,” said Cornelia Cozonac, director of the Centre for Investigative Journalism in Chisinau.

Primul in Moldova rebroadcasts content from Russia’s state-owned Channel One.

Vicol’s order stressed that foreign broadcasters in Moldova must also obey the new rules, citing in particular the broadcasting regulator in Romania’s Moldova’s western neighbour and a member of the European Union. It made no mention of the Russian media outlets which hold a large share of the Moldovan market.

Aneta Gonta, director of the School of Advanced Journalism Studies in Chisinau, said Vicol’s order should be seen in the context of the pandemic and as “a call for media responsibility and compliance with the law, but also with the Code of Ethics.”

But its ban on ‘opinion’, she said, was offensive to medical professionals and others who may have something constructive to say on the issue.

Ion Manole, director of the Chisinau-based human rights NGO Promo-LEX, said the pandemic presented the authorities with a powerful temptation to censor the media.

“I hope that with this failed attempt such steps will no longer be recorded,” Manole said. “We have a society that has already tasted democracy and I think it will not easily give up on this freedom so hard won in recent years.”