We Mustn’t Sacrifice the Health of Our Freedoms 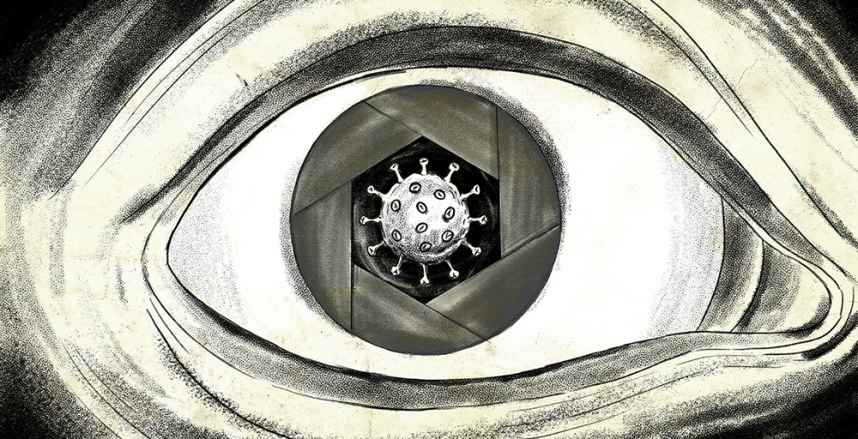 Illustration: BIRN/Igor Vujicic
The regimes in Serbia – and elsewhere – are curbing important liberties in the current health crisis far more than is necessary.

In the COVID-19 pandemic, people are being arrested in Serbia for posting or texting messages that contain information that can be linked with the ongoing health crisis – their actions being classified as acts of spreading panic and causing disorder by spreading fake news. They can face up to three years in prison, or a fine.

It comes as people, independent journalists especially, are subjected to severe limitations of freedom of speech under the excuse of the health crisis, which in some cases has also led to their incarceration.

Looking at all these cases as part of a contextualised story, they clearly expose the authoritarian tendency of the regime in Serbia to curb freedoms far more than is necessary during the state of emergency – no doubt knowing that it will leave behind a lot of fear and intimidation, which will last far longer than any pandemic.

Last Wednesday, for example, Ana Lalic, a journalist from the online portal Nova S, was arrested merely for reporting poor conditions in the Vojvodina Clinical Centre. She was released the next day thanks to huge pressure from the media and civil society organisations.

Another important decision followed on Thursday when, on the Serbian President’s request, the government withdrew its earlier decision, issued on March 31 , giving the central Crisis Staff led by Prime Minister Ana Brnabic the exclusive right to inform the public about anything linked with the COVID-19 crisis. This seriously endangered media freedoms.

Before this, the information flow had been put under the full control of the government of a country that has dropped 14 places recently in terms of media freedom to 90th position among 180 countries, according to the global media watchdog Reporters Without Borders.

Rule of Law is suffering in COVID-19 outbreak

The latest statement from the Bar Chamber of Serbia , addressing the constitutionality of the decision to declare a state of emergency, emphasised that the chamber will “always react when they evaluate that there has been a serious disruption of legal state order, which can be dangerous for the legal state functioning”.

But digital rights, and rights to privacy and freedom of expression on the internet all face serious limitations and breaches. In the illiberal democracies of the region, dominated by elements of authoritarian regimes, there is legitimate concern about disproportionate interference in citizens’ personal data and a justified belief that the newly imposed measures are not properly tailored to achieve their objective while minimally damaging guaranteed rights.

President Aleksandar Vucic of Serbia, while introducing the latest measures there, has openly said that the authorities there “see everything”. Those who have entered the country since March 14 are now receiving SMS messages with new rules applying to their situation. We do not have the privilege of being assured that the ongoing tracking and monitoring of individuals and communities is being carried out strictly in line with human rights, however. There is also concern about the future use of the data being collected during this crisis.

Several arrests because of social media posts and account bans have occurred since March 30, while, on the other hand, a page called “COVID 19 Serbia” – which targets journalists and government opponents with sponsored posts during the crisis – functions normally. It is obvious some people are being permitted to use this global disease in the most disgraceful way to hurt others.

The case of the Nova S journalist happened in a certain context, and in an atmosphere where journalists’ right to put questions to the government has been limited, and shortly after the decision was made on controlling the flow of information.

Human rights organisations have issued a joint statement calling on governments to refrain from taking unbalanced measures that violate human rights. The European Union Commissioner for Human Rights, Dunja Mijatovic, has said: “Challenges that governments face during the COVID-19 pandemic are no excuse for clamping down on press freedom and restricting access to information”.

The announcement of the withdrawal of the decision on the information flow – only two days after it was declared – and the release of the journalist Lalic – have been presented as acts of mercy and kindness on the part of the President when more important tasks face the country at the moment.

While the decision was still in force, however, another arrest occurred, of a 34-year-old man, this time for posting a tweet. He was detained on suspicion of spreading panic and causing disorder by allegedly spreading fake news on Twitter saying that Serbia would impose a 24-hour curfew. The man was released the next day, after he told police he was not the author of the fake news and only got the information from his wife who works at the construction, transport and infrastructure ministry.

A day before his arrest, Serbia’s Interior Minister warned citizens that disinformation was circulating on social networks about the alleged new 24-hour curfew, while the tabloid Informer claimed that this fake news was being spread via SMS, and published a number from which the message supposedly arrived.

Before the health crisis finally erupted in Serbia, pro-government media were accusing the opposition and independent-minded people of spreading panic and frightening the public with the pandemic.

Once the COVID-19 pandemic started to really affect Serbia, they rapidly changed their tune – but kept the same authentic style.

At a press conference on Thursday, for example, when the pro-government media asked the President questions, they insulted the journalist Lalic and the portal she works for. Dragan Vucicevic, editor of Serbia’s most popular tabloid, even expressed concern that her release might officially legitimise the publication of fake news in Serbia – tough talk from a man whose media outlet has routinely used published unverified and fake information, and which has been proved to be a pro-government biased news factory!

President Vucic reminded all journalists that, besides the criminal code , Serbia has norms that regulate the responsibilities of journalists and the media (Section 5, Article 38-41) and other individuals for fake news distribution and spreading and causing panic among the public (Article 343).

But one might argue that certain rules seem applicable only to regular citizens – and to media that report on government wrongdoings.

Not limited to one country

As usual, bad trends in the Balkans never emerge only in one country. Arrests for posts on social media and articles, removal of content from websites, or even removal of whole websites, banning accounts, and limitations on journalistic work are all happening in other countries in the region as well.

Additionally, citizens’ personal data and lists of names of infected people are being shared on the internet – and no one is being prosecuted for such activities.

The latest example of this type of violation in Serbia comes from the northern municipality of Sid, which published the personal data of a citizen confirmed as infected with COVID-19. That person’s initials, age, address and workplace were all published on the municipal website.

False information about the virus is spread each day in the Balkans. In a region with poor media literacy, citizens are deceived in the most senseless way at a time when they are most vulnerable. Journalists and individuals who try to report on the under-reported cases are portrayed as enemies of the fight against the virus.

The health of each person is, and must be, our priority at this time – but that should not mean it has to be constantly confronted with the health of our freedoms.

For more information and the latest updates on arbitrary arrests, emergency legislation to combat the COVID-19 outbreak, surveillance, phone tapping, privacy breaches and other digital rights violations, visit the Digital Rights in the Time of COVID-19 page on BIRN’s Investigative Resource Desk.