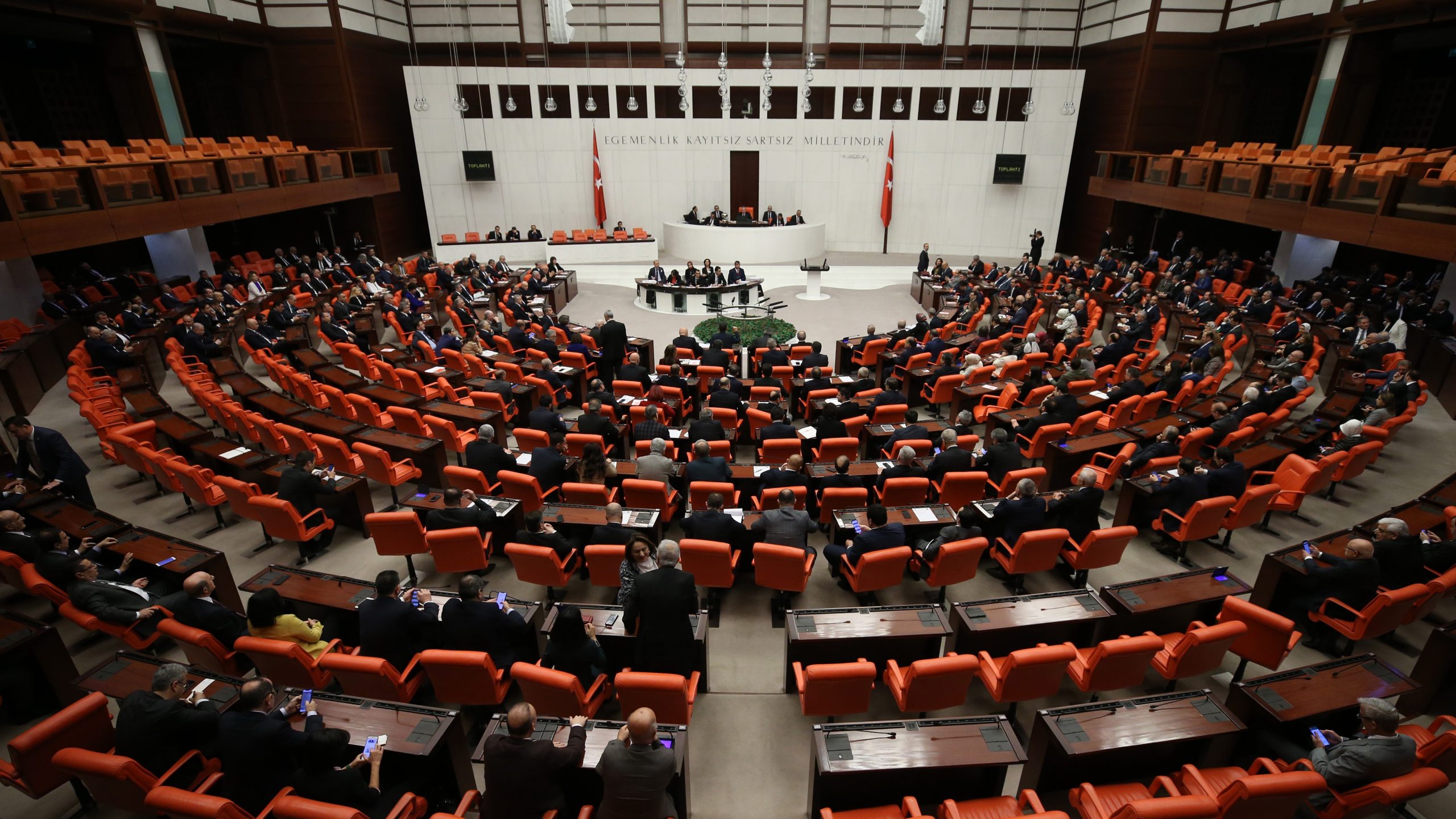 Members of the Turkish parliament in session at the Grand National Assembly in Ankara, 2 January 2020. Photo: EPA-EFE/STR

Journalists unions have condemned the new draft internet law, which for the first time will define ‘spreading misinformation on purpose’ as a crime incurring a one-to-three year jail sentence.

A new set of laws, which includes 40 articles, was represented to Turkey’s parliament on Thursday, aiming to increase government control over the internet, media and social media.

The new law, which is expected to pass soon, for the first time defines the crime of “spreading misinformation on purpose”.

It criminalises “a person who publicly disseminates false information regarding internal and external security, public order and the general health of the country, in a way that is suitable for disturbing the public peace, simply for the purpose of creating anxiety, fear or panic among the people”, the draft law explains.

Journalists may also be charged under this new law if they use anonymous sources for hiding the identity of the person who spreads the misinformation.

The draft law was condemned by experts and journalists’ unions.

Journalists unions in a written statement on Friday, including the Journalists’ Union of Turkey, TGS, the Journalists’ Association and the International Press Institute’s Turkey Committee, said that, “concerned that it may lead to one of the most severe censorship and self-censorship mechanisms in the history of the republic, we call for the immediate withdrawal of this bill, which seems to have been designed to increase the pressure on journalism, not ‘fight against disinformation”.

The new law also allows internet media to register as periodical media publications. This will allow internet media to enjoy some of the benefits of traditional media, such as advertising and press cards, but brings more government control.

Internet media will be required to remove “false” content and must archive their publications, and the government may block access to their websites more easily.

“On the request of the ministries, the President [of the Information and Communication Technologies Authority] may decide to remove the content and/or block access to be fulfilled within four hours regarding broadcasts on the internet,” the new law said, citing national security and public order.

It also creates new regulations on official press cards, after Turkey’s Council of State, the highest administrative legal authority in the country, cancelled the previous law in April, 2021, citing risks to press freedom.

The regulations created by the Communications Directorate, which is under the control of the presidency, allowed the government to cancel the press cards of journalists seen as unfriendly to the authorities, critics claimed.

Since they were introduced, a large number of independent journalists have had their press cards cancelled or their applications for renewal denied.

However, the new law brings little change, beyond creating a new board to decide on press cards. The Press Card Commission will have nine members, which will include government officials, academics and journalists’ unions but five members will come from the Communications Directorate, holding a decision-making majority.