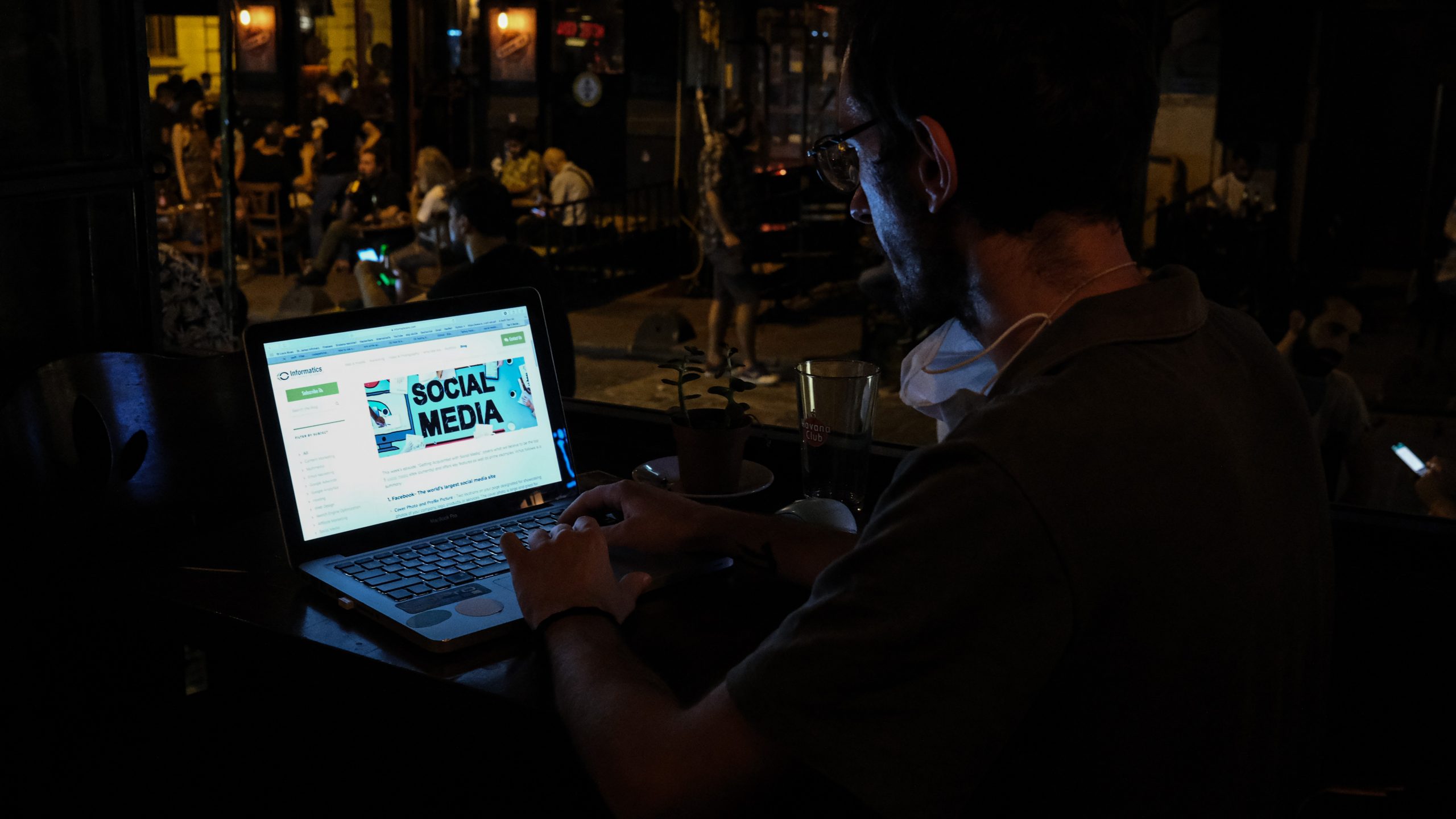 A customer at a cafe in Istanbul, July 2020. Archive photo: EPA-EFE/SEDAT SUNA

As part of Turkey's tight new controls on social media, the authorities detained at least 39 people in the first week of February over online posts alleged to contain propaganda for terrorist organisations.

It said that a total of 575 offenders have been detected and that detentions continue.

“Debates and developments on social media platforms as well as the social media accounts of illegal groups and structures are being followed closely,” the ministry said in a written statement.

The detainees are accused of propaganda for organisations which Turkey accepted as terrorist organisations, including the outlawed Kurdistan Workers’ Party, PKK, the so-called Islamic State, extremist leftist groups and the so-called Fethullahist Terrorist Organisation – a name Turkey uses to brand followers of exiled Turkish preacher Fethullah Gulen, who Ankara accuses of orchestrating a failed coup attempt in 2016.

The 39 detainees include several students who allegedly run social media accounts to organise the recent series of high-profile protests against the political appointment of a new rector at the prestigious Bogazici University in Istanbul.

Aysen Sahin, an independent Turkish journalist, was also detained by police at her home on Monday evening for posting a message on Twitter during last week’s student protests.

Sahin was detained after some pro-government newspapers criticised her. She was released on Tuesday morning.

The Turkish government’s crackdown on social media users intensified after it introduced a new law on digital media last year.

The new law allows security forces to detain anyone responsible for suspicious posts which are linked to terrorist organisations or any kind of disinformation.

As part of the new law, social media platforms are forced to appoint legal representatives in the country to answer the government’s demands to delete social media posts and close accounts.

According to the Turkish Interior Ministry, 14,186 social media accounts were investigated and 6,743 people were tried because of their posts on social media in first eight months of 2020.