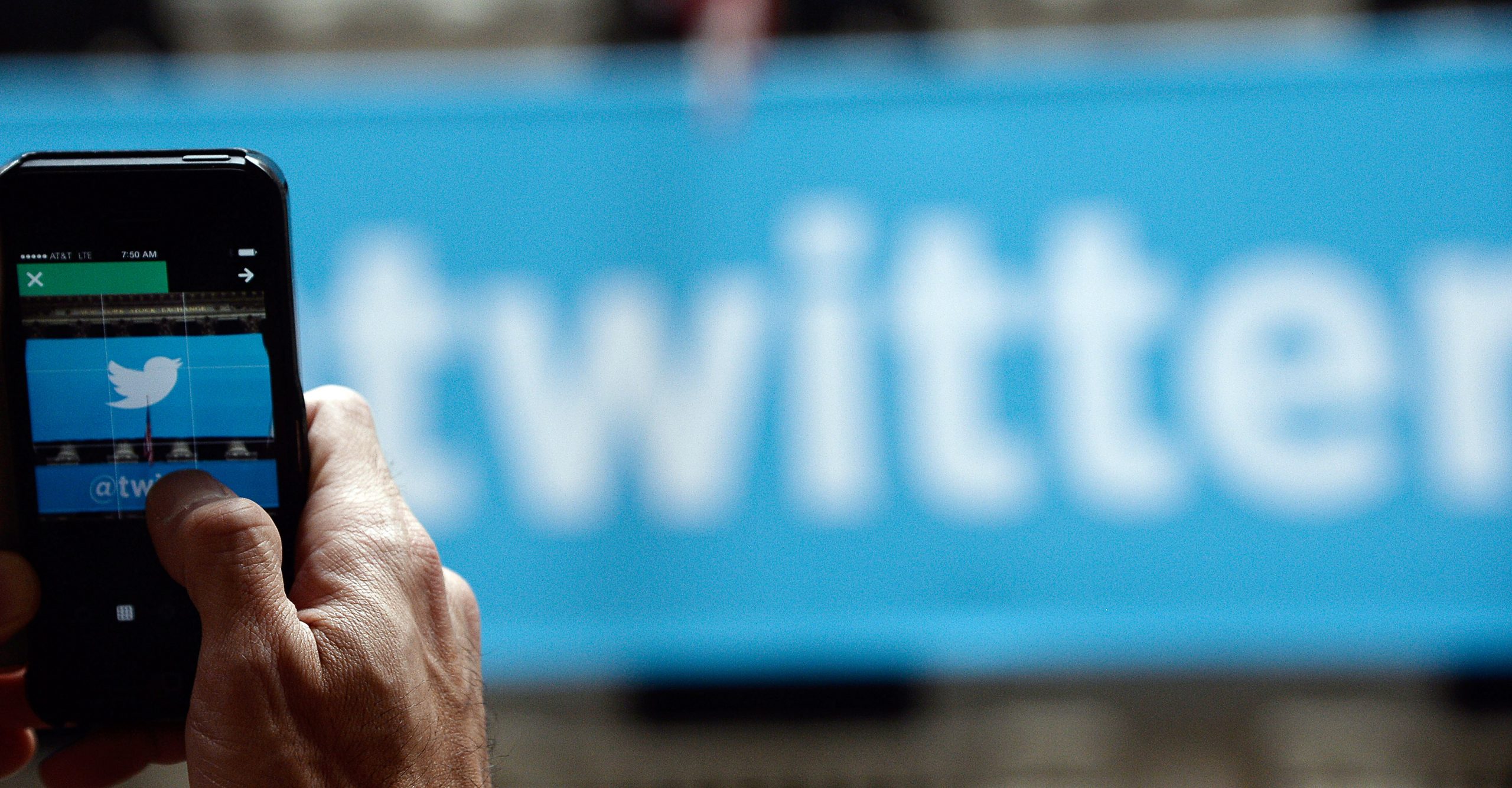 Twitter has become the go-to medium of communication for politicians on the Slovenian Right, free to engage in smear campaigns and hate speech while retweeting fake accounts to create the illusion of grassroots support.

When a group of Slovenian researchers, rights advocates and investigative journalists teamed up last year to probe the activities of 27 suspicious Twitter accounts, one of them registered to Jordana Caric, ‘Joca’.

Caric, it turned out, was particularly popular with Slovenian Prime Minister Janez Jansa, known to his critics as Marshall Twito, a nod to Josip Broz Tito, the man who ran socialist Yugoslavia for 35 years, and to Jansa’s fondness for Twitter as a means of conveying government policy and denouncing his opponents.

According to the study conducted by the institute ‘Danes je nov dan’ [Today is a New Day] and the investigative outlet ‘Pod crto’ [The Bottom Line], the “vast majority” of Caric’s Twitter posts were in praise of Jansa’s right-wing Slovenian Democratic Party, SDS, and scornful of its critics.

Between January and November last year, Jansa shared Caric’s tweets 30 times, despite the fact that, according to Danes je nov dan and Pod crto, Caric’s profile picture was lifted from a Brazilian Facebook user and the account, like the other 26, is almost certainly fake.

That the fake Caric account should enjoy such high-profile retweets is indicative of what Tadej Strok of Danes je nov dan says is the prevalence of so-called ‘astroturfing’ in Slovenia, a deceptive practice designed to create the impression of widespread grassroots support for, in this case, the SDS and the unpopularity of its opponents.

The 27 Twitter accounts – each of which used a stolen or computer-generated profile picture – “were involved in very extensive propaganda,” Strok told BIRN, “only promoting and publishing content that ideologically links to the ruling party.”

“Let’s say that the fake profile tweets something, a public figure retweets that without any critical distance… and then it is suddenly more important news and maybe it’s going to get reposted” in SDS-affiliated media.

Jansa might use the disclaimer ‘retweets are not endorsements’, but politicians like him “use fake profiles as a proxy,” said Strok, “to spread information or words that they know would put them in more trouble if they tweeted it themselves.”

“He retweets more than 100 tweets a day,” Strok said. “Of course they’re endorsements.” 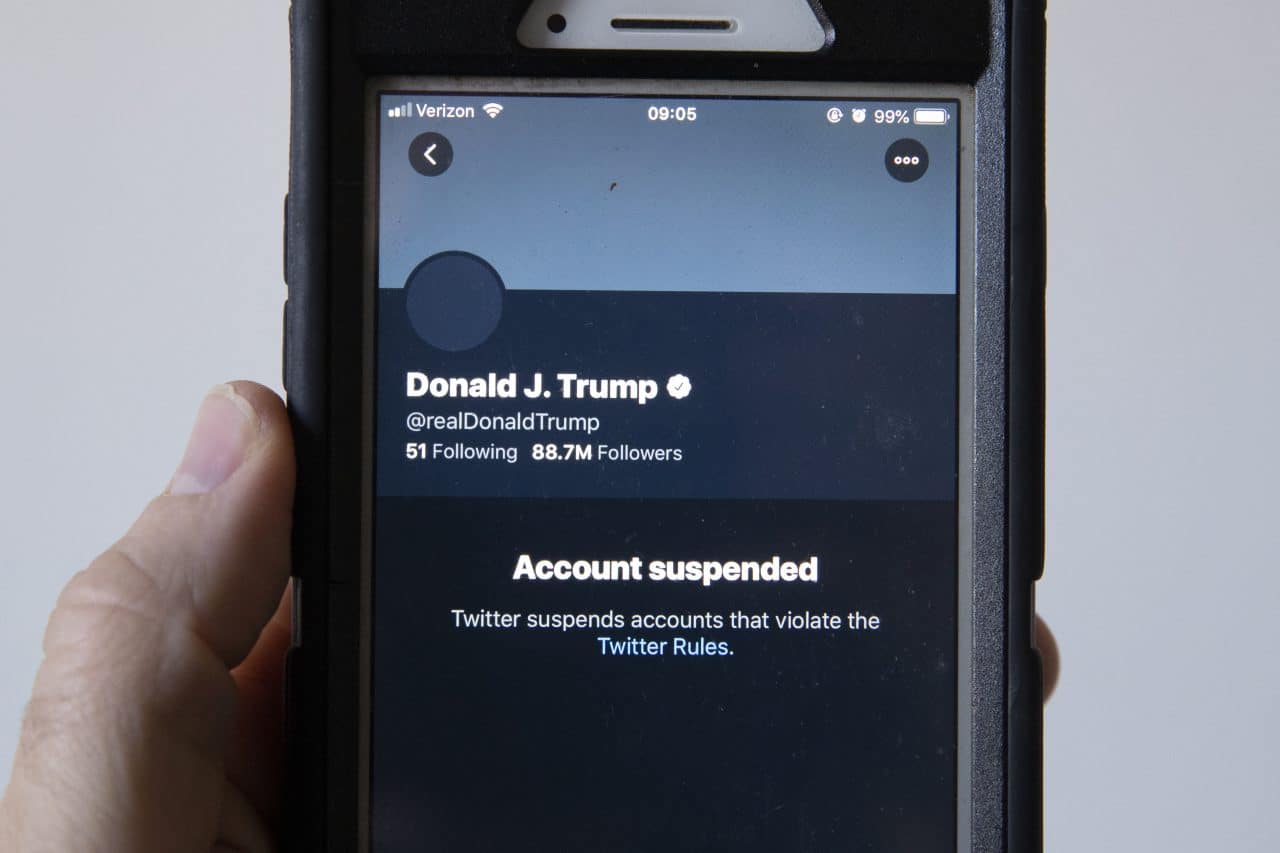 Marko Milosavljevic, a professor of journalism and media policy at the University of Ljubljana, says that, in a way, “Twitter has become the Official Gazette in Slovenia.”

The social media platform, used by roughly 100,000 of Slovenia’s two million people, shows “what the prime minister thinks, what he will do and what moves he will make, who are his enemies, what is his attitude towards different political actors,” Milosavljevic told BIRN.

And Jansa takes no prisoners.

In mid-March, five international media watchdogs wrote to the European Commission, the executive arm of the European Union, to warn of what they called Jansa’s “Trumpian style tactics” of attacking journalists on Twitter and dismissing critical reporting as “fake news”.

Sixty-two year-old Jansa, a fixture on the Slovenian political scene since independence from Yugoslavia in 1991, is currently involved in a defamation case stemming from a tweet he posted in 2016 calling two public television journalists “washed-up prostitutes”. He was given a three-month suspended prison sentence in November 2018 but a higher court ordered a retrial in 2019, which is ongoing.

Political analysts, public figures, protesters and those who challenge the government’s COVID-19 measures often find themselves the target of smear campaigns. And Jansa’s party colleagues get involved too, often with the help of fake profiles.

Danes je nov dan and Pod crto rolled out their findings in February and March this year. But it was only on February 22, when an SDS lawmaker called Alenka Jeraj inadvertently revealed her use of a fake Twitter account, that ‘astroturfing’ really hit the headlines in Slovenia.

Due to the word-limit on Twitter, Jeraj posted a comment in two parts, but posted the first under a fake account under the name ‘Kopriva’ and only the second part under her own name. Jeraj confirmed she had created the account and subsequently closed it.

It was the Kopriva scandal that prompted other media to report on the issue, said Anze Voh Bostic, an investigative journalist at Pod crto. Then came the attacks.

“What we analysed then happened to us,” Voh Bostic told BIRN. “First, attacks on Twitter, then an article in their media and then a few more tweets. It lasted maybe a week.” 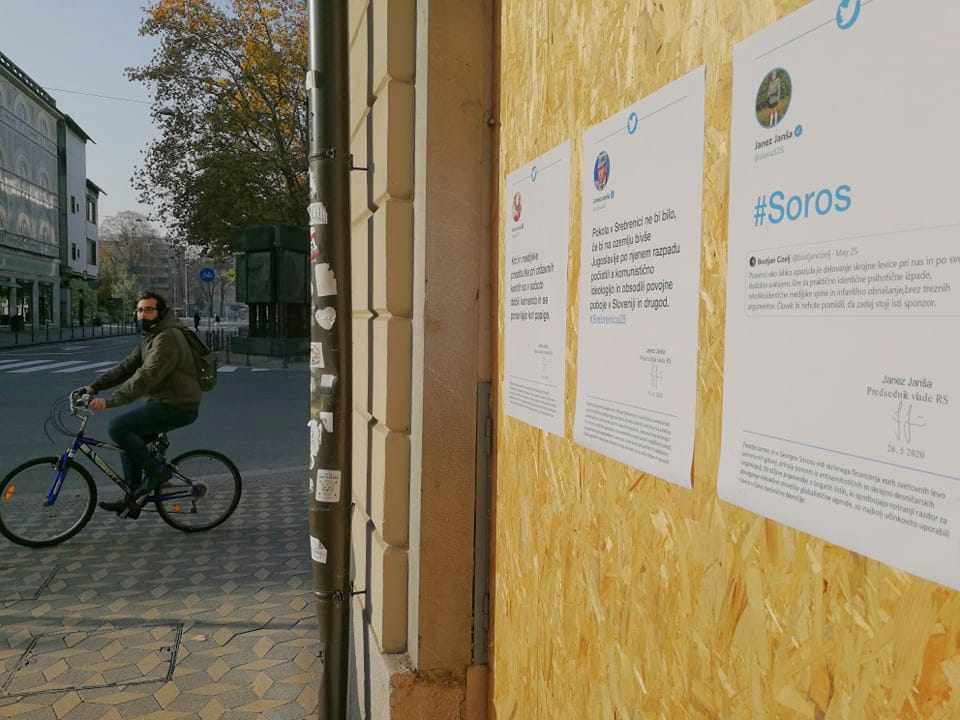 Besides the 27 accounts deemed fake, Strok, Voh Bostic and their colleagues had also looked at online attacks against seven prominent individuals who had spoken out against Jansa’s government or his party.

They tracked down 307 accounts that participated in at least one of the attacks via tweet or retweet. Some of the accounts were most likely fake, while others belonged to senior members of the SDS, including Jansa. All of them followed at least six of the 27 fake accounts.

Such communication, from such prominent public figures, contributes to the normalisation of hate speech, said Voh Bostic, citing the example of the January 6 attack on the US Congress by supporters of then US President Donald Trump.

“In a way, Twitter is also to blame for the attack on Congress,” said Voh Bostic. “It gives some legitimacy to this kind of speech, that it’s normal.”

Voh Bostic said that one target of the attacks told him he had been harassed on the street.

“He was walking down the street and a couple of times they spat in his face,” he said. “It’s just a step away from being beaten.”

Voh Bostic said that, while the SDS, was the focus of their study, “it doesn’t mean that other parties do not use such practices”. But the ruling party is most visible and most aggressive.

According to Milosavljevic, the use of fake profiles cannot be attributed to a few over-enthusiastic party footsoldiers, but is “a systematic relationship in which many people are also paid” – the kind of system BIRN has reported previously on in Serbia.

An SDS spokesperson did not respond to a request for comment for this story.

The government’s communications office, UKOM, told BIRN that via social media it “highlights and draws attention to the problem of hate speech, distinguishing between hate speech and offensive and critical speech.”

It noted what it said were “calls for death” made during anti-government protests in 2020. Some protesters adopted the slogan ‘Smrt Jansizmu’, or Death to Jansism, a play on the Yugoslav Partisan motto ‘Smrt fasizmu, sloboda narodu’, meaning Death to fascism, freedom to the people. Critics of the government say the slogan calls for the death of Jansa’s politics, not of the man.

Alone with their phones 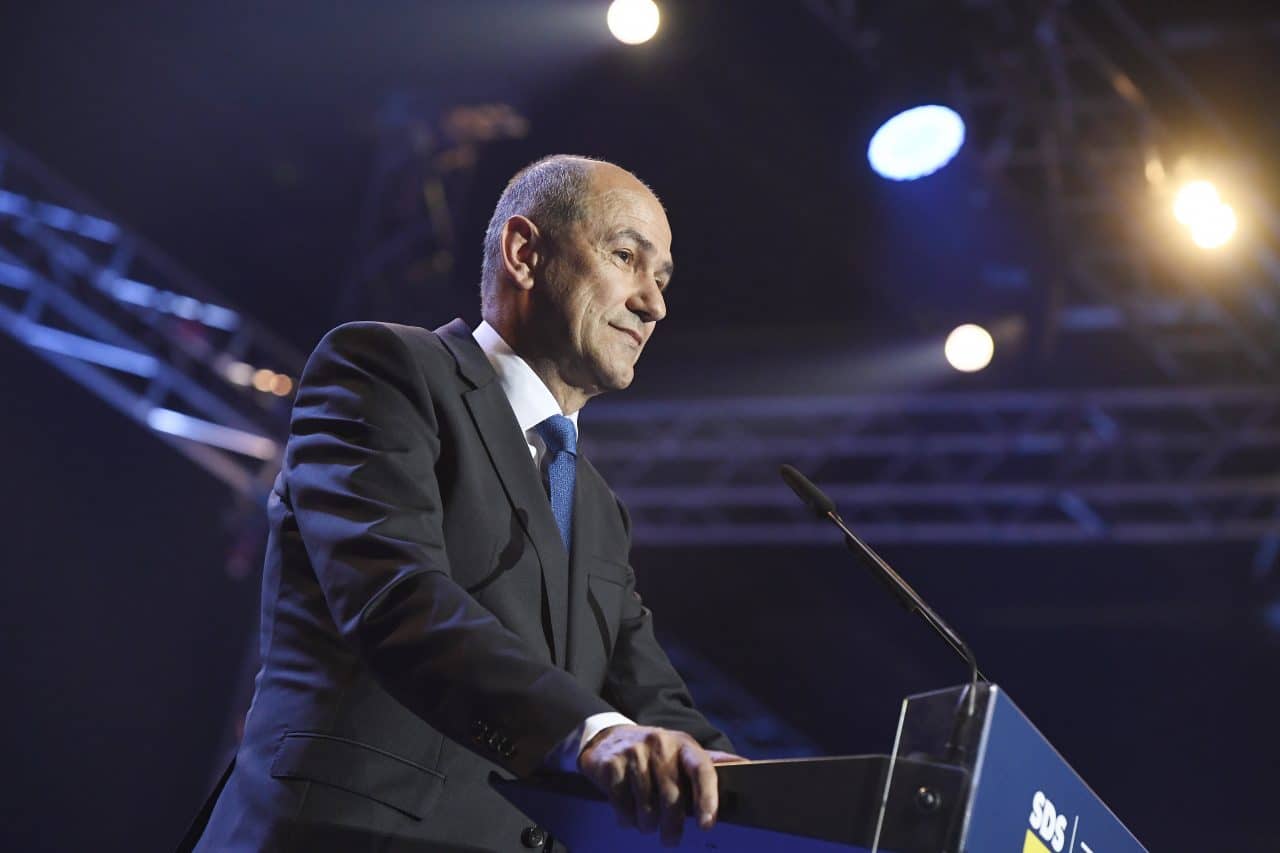 In March, Interior Minister Ales Hojs, a member of the co-ruling New Slovenia, NSi, dodged a question on public television about why politicians use fake Twitter profiles. Instead, he complained that the government is not given enough airtime on traditional media, particularly Radio-Television Slovenia.

“The fact is that the right side of the political scene has to use social media to attract people,” Hojs said.

Milosavljevic, however, said that, while politicians try to “behave nicely” in media appearances and press conference, they feel much more freedom on social networks.

“On Twitter, they are alone with their phones and then they write what first comes to their mind, even if it is very aggressive, vulgar, offensive,” he said. As Trump demonstrated, aggressive communication garners more attention on both Twitter and within society, and so “can be effective in that regard,” Milosavljevic told BIRN.