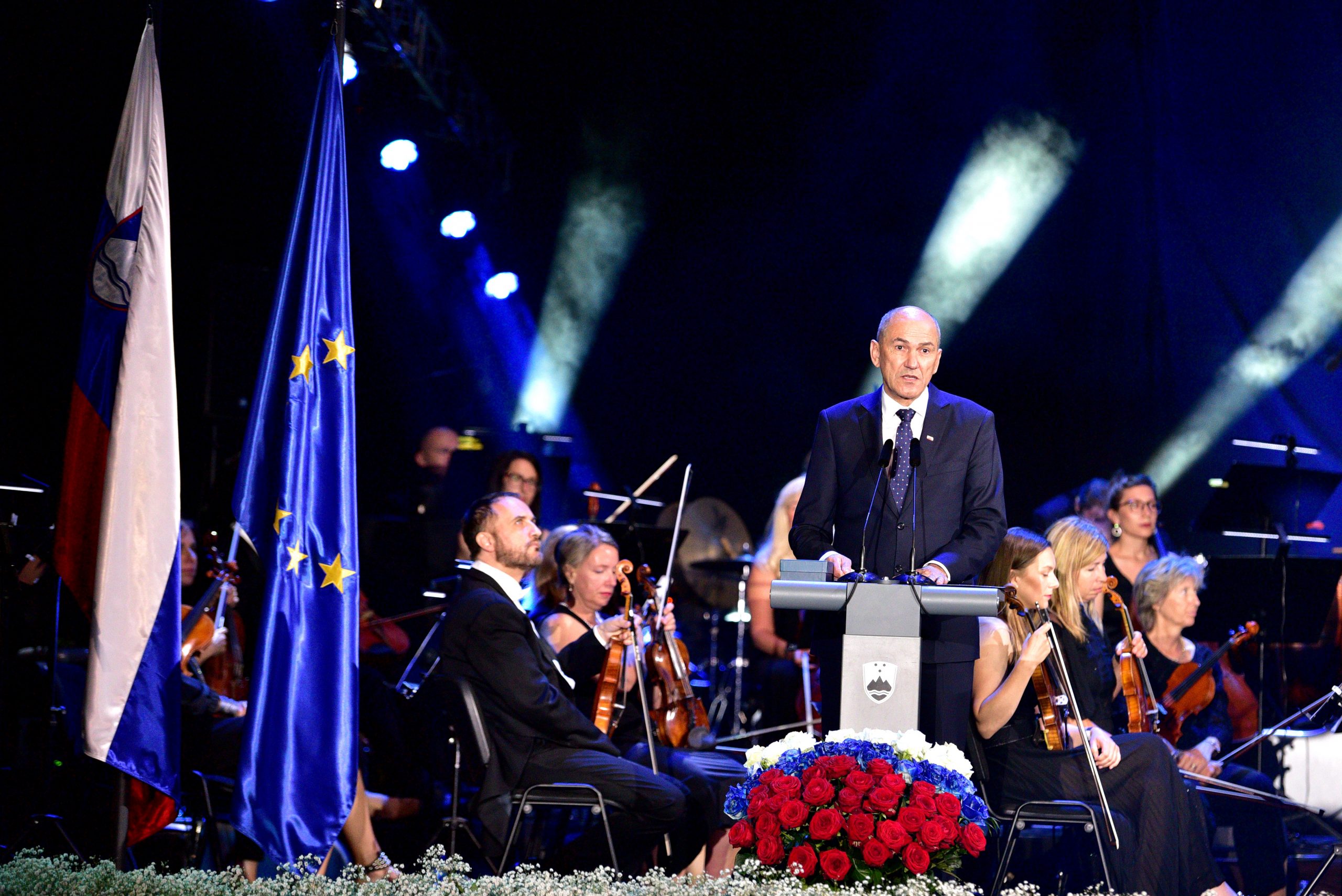 A new report on media freedom in Slovenia warns that the government of Prime Minister Janez Jansa is undermining media freedom just as it prepares to take over the rotating presidency of the European Union.

A new report published on Wednesday says that Slovenia, which takes over the rotating presidency of the EU on Friday, “has seen press freedom deteriorate ever since [Prime Minister Janez] Jansa returned to power in March 2020”.

“Since then, the ruling SDS [Slovenian Democratic] Party has embarked on a multipronged campaign to reshape the media landscape in favour of a pro-government narrative, renewing tactics successful during previous administrations and forging ahead with new forms of pressure,” said a press release for the report by Media Freedom Rapid Response, a group of press freedom organisations and journalism groups.

The report says said that the ruling party has been making “an aggressive attempt to seize greater control of the country’s public service broadcaster and national news agency using a mix of legal and administrative pressure”.

In late May, Slovenian journalists’ unions criticised the Culture Ministry after it revealed that several radio stations, well-known critical newspapers and investigative media outlets will no longer receive state funds.

These media outlets were defunded for their alleged “partiality”, but unions maintained that the Culture Ministry’s assessment was arbitrary. The Ministry insists the funding decisions were based on expert opinions.

The Media Freedom Rapid Response claims that at the same time, “propaganda media are being rewarded with lucrative state advertising contracts”.

Slovenia’s government also suspended financing for the Slovenian Press Agency, STA from the beginning of the year, alleging that the agency failed to deliver documents based on which it would be possible to determine a fair financing arrangement.

But some suspect that Jansa’s government is putting pressure on the STA to change its editorial policy by ‘weaponising’ the funding issue.

Slovenian media reported on Monday that the government has now asked its communications office to transfer a 845,000-euro advance to the STA for expected expenses.

Although the Media Freedom Rapid Response report welcomes the announcement, “serious concerns remain over the conditionality of this agreement and its detrimental effects on the independence of the agency”.

“We believe the government is only making this move because of the sustained criticism it has received for its actions and the need to remedy the situation before assuming the EU Presidency,” it says.

It also says that the Jansa government’s tactics “raise alarm as they reflect elements of the media capture strategy employed by Hungarian leader Viktor Orban”.

“Moreover, an influx of Hungarian capital linked to Orban’s Fidesz party is being used to prop up Slovenian pro-government media,” it adds.

A combative figure in the country, Jansa is known for his ‘Twitter wars’ against the media and individual journalists – and for his belief that he is fighting an entrenched left-leaning ‘deep state’.

An ally of Hungary’s authoritarian premier Orban, he has been accused of trying to take Slovenia down the same road.