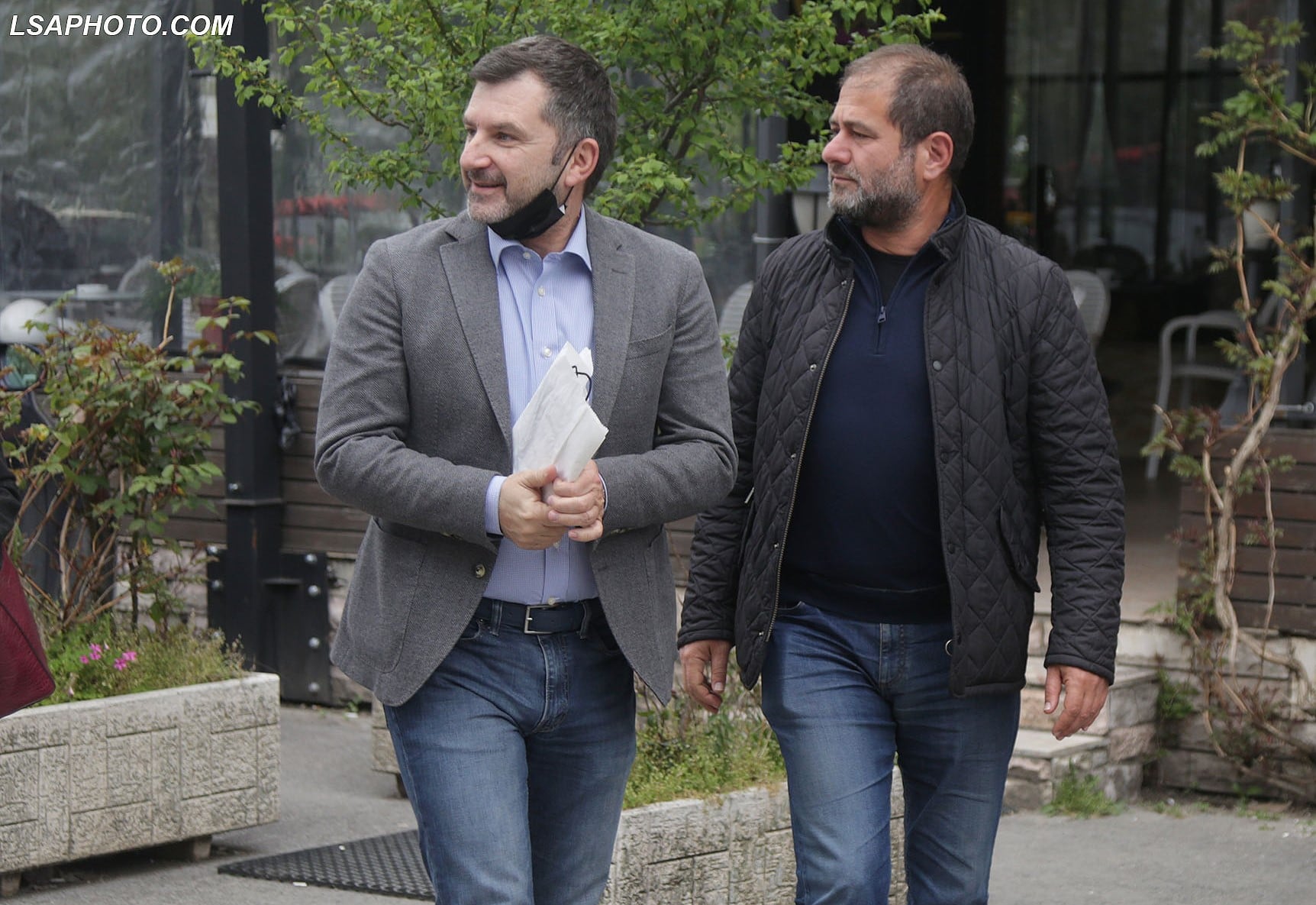 Lapsi.al editors and co-owners Andi Bushati and Armand Shkullaku after meeting prosecutors at the Special Structure Against Corruption and Organized Crime, SPAK, who ordered them to hand over the controversial database. Photo: LSA

Freedom of speech experts say court order to seize the equipment of the Lapsi media outlet – which exposed the existence of a secret voters’ database – is just another attempt by Albania’s authorities to intimidate journalists.

Human rights and media freedom groups have sharply criticised a decision by a judge, Iliriana Olldashi, at Albania’s Special Court Against Corruption and Organised Crime, SPAK, to approve a prosecutorial request made last Sunday to seize any computer, mobile phone or other electronic equipment belonging to the online publication Lapsi.al.

Experts and rights organisations called it a blatant attempt to intimidate journalists in breach of their human rights and the principles of the European Court of Human Rights, ECHR.

Prosecutors launched an investigation after Lapsi.al revealed the existence of a massive database purportedly belonging to the ruling Socialist Party containing information on each voter, including background, voting history, family links or employment status.

Prosecutors ordered Lapsi.al to hand over the database but the editors refused, saying that could expose their source or sources.

“The intervention of the prosecutors and the court against Lapsi.al’s right to report on a matter of public interest is just another attempt by those in power to intimidate the media,” Flutura Kusari, a legal advisor at the European Centre for Press and Media Freedom, ECPMF, told BIRN.

“Instead of investigating the breach of privacy by the Socialist Party, they are attempting to intimidate journalists and their sources,” Kusari added, saying that the decision contravenes the standards of the ECHR.

Dorjan Matlija, a human rights lawyer in Tirana, told BIRN that the court decision was based on flawed reasoning.

“The prosecutors have other possibilities to investigate the matter based on the accusations of the opposition Democratic Party against Prime Minister [Edi Rama] and other officials,” Matlija said.

He added that before approving such a request, the court should have considered the need to protect the sources, an obligation deriving from several decisions of the ECHR.

In the latest such decision, published this month, Sedletska vs Ukraine, the ECHR ruled that an order to expose a source may only be issued after all other ways to investigate a matter have been exhausted.

Matlija added that the judge’s unexpected order creates ground for further violations of media freedom and could expose more than one source of information. “The order practically could end up shutting down the media outlet [Lapsi] by seizing all its equipment,” he added.

Andi Bushati, co-owner of Lapsi, told BIRN that prosecutors had not yet acted on the court order, and that in the meantime he had appealed the decision.

He said the prosecutors seem more eager to identify their source than interview Socialist Party officials over the database. “They seem more concerned in finding out who betrayed the party and not who stole the personal data,” he said.

Kusari, from ECPMF, told BIRN that they were informing Albania’s international partners about this and related issues. “We hope that international pressure will help halt the pressure against the media,” she said.