RFE Launches in Hungary as Problems Mount at Home 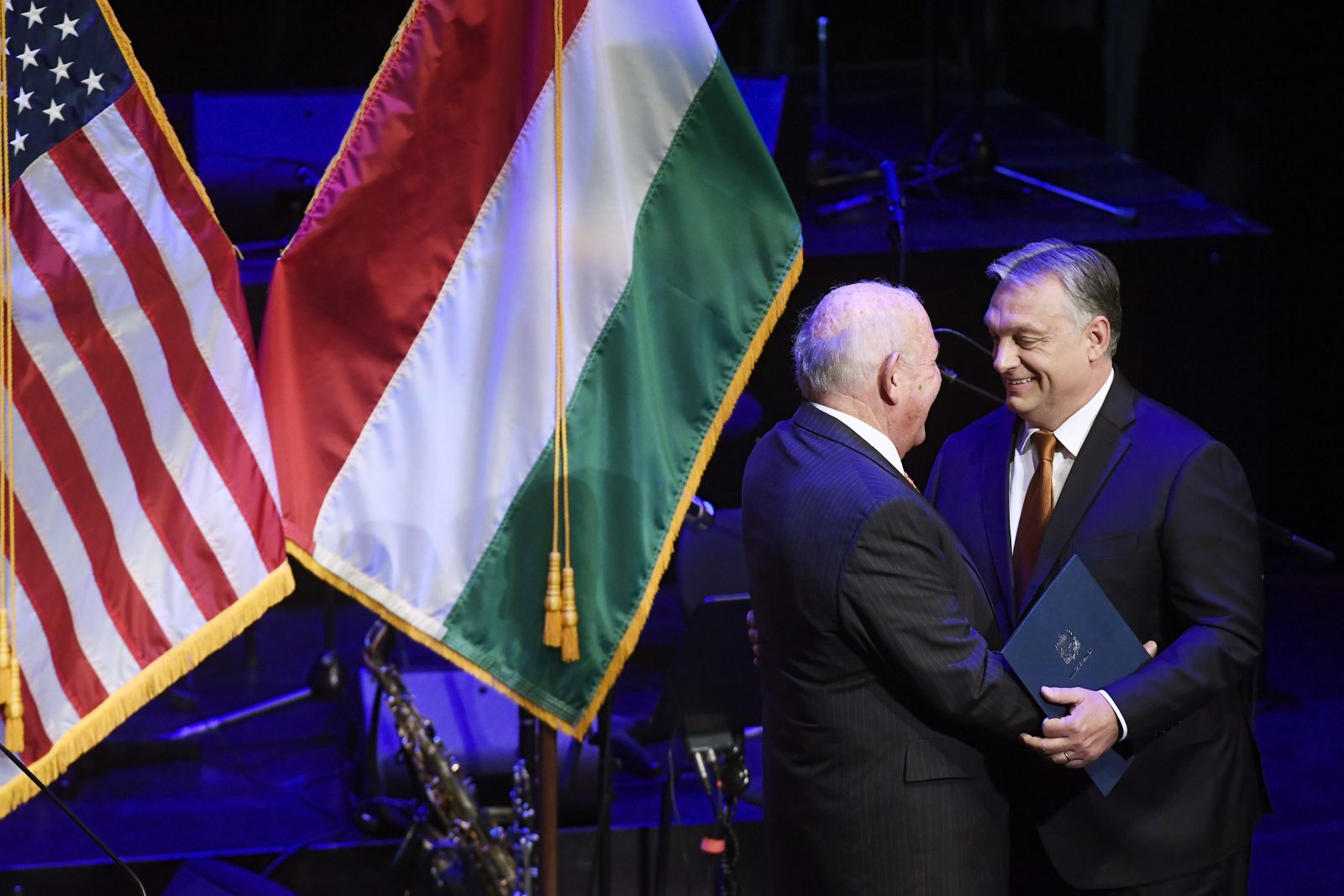 Hungarian Prime Minister Viktor Orban (R) and US Ambassador to Hungary David B. Cornstein shake hands during a reception held by the US Embassy in Budapest, Hungary, 09 July 2019. EPA-EFE/Szilard Koszticsak

RFE/RL is giving independent journalism a boost in Hungary, but politics at home and abroad are complicating the US government-funded media outlet’s mission.

On September 8, Radio Free Europe/Radio Liberty (RFE/RL) trumpeted its return to Hungary after a 27-year hiatus, marking its third re-entry into an EU member state following the 2019 resumption of services in Bulgaria and Romania. With the news media in much of Central and Southeast Europe being subsumed by governments or oligarchs, RFE/RL’s refocus on countries where media pluralism is under threat is, for those who value a free press, a welcome development.

Yet just two days after the Hungary relaunch, RFE/RL’s recently ousted President and CEO Jamie Fly was warning in testimony to Congress that the independence of RFE/RL is itself under threat from a source much closer to home.

“I would urge Congress to make the private grantees RFE/RL, Radio Free Asia (RFA), and Middle East Broadcasting Networks (MBN) even more independent of the U.S. government. The politicization of their oversight agency, the U.S. Agency for Global Media, and the undermining of their corporate boards through the actions of the new CEO of the Agency will only serve to raise questions about their independence and their ability to continue to speak truth to power,” Fly said in his testimony to the House Foreign Affairs Subcommittee on Europe, Eurasia, Energy, and the Environment on September 10.

The new CEO of the US Agency for Global Media (USAGM) – the independent body that oversees RFE/RL and the other US-funded media programs such as Voice of America (VOA) – is Michael Pack, a Donald Trump appointee, whose right-wing credentials include being a former president of the conservative Claremont Institute (Motto: Recovering the American Idea), as well as a close associate of Steve Bannon, Trump’s former strategist, with whom he has made documentary films.

Pack’s appointment to head up the USAGM was by no means straightforward. His nomination for the post was stalled in Congress for over two years as neither Democrats nor Republicans seemed particularly enthused by the candidate.

Then a White House attack on VOA in April in a statement under the headline, “Amid a pandemic, Voice of America spends your money to promote foreign propaganda”, in which it accused the outlet of uncritically relaying Chinese propaganda about its efforts to contain the COVID-19 pandemic, seemed to galvanise Republicans and his confirmation sailed through the Senate largely along party lines on June 4.

Pack up your things and leave

The impact of Pack’s appointment was immediate. Within two weeks, VOA’s director, Amanda Bennett, and her deputy Sandy Sugawara had resigned, swiftly followed by the firing of the heads of RFE/RL and four other grantee and federal organisations under his remit, including Radio Free Asia and the Middle East Broadcasting Networks.

This prompted a bipartisan group of senators to write an open letter to Pack warning that the sackings, “without any consultation with Congress, let alone notification, raise serious questions about the future of the USAGM under your leadership.”

For RFE/RL insiders, both past and present, the decision by Pack to replace the bosses of the independent grantees with interim heads promoted from within the organisations is instructive, suggesting that he lacks a masterplan and is putting these organisations “on ice”, possibly until after the November 3 presidential election.

Rather, the focus of Pack so far seems to be on VOA, whose editorial mission – unlike that of the grantees, which are concerned with objective reporting within the countries where they operate – is more about communicating America’s story to a foreign audience, primarily through the coverage of US politics, policy and actions.

This is something Pack, and President Trump, clearly believe got lost during the years of the previous Obama administration. Explaining his own filmmaking to a confirmation hearing in front of the Senate Foreign Relations Committee in 2019, Pack said: “Our films tell America’s story – also one of the goals of international broadcasting. The stories we’ve told range from history to politics to culture.”

One of the first editorial changes at VOA since his appointment has been restoring the daily VOA editorials to all its services – something which had lapsed over the last few years. The editorials are crafted by USAGM officials and then cleared by the State Department.

However, insiders believe that more wide-scale changes at all the organisations are likely if Trump wins the presidential election. RFE/RL’s editorial content, like that of the other organisations, is protected from US government interference by federal law. However, few doubt that Trump, who has shown scant regard for observing democratic norms during his time in office, will find ways for his man in charge to slant the coverage in a more favourable political direction, perhaps using leverage points, such as funding or appointing heads with the same world view, that would not violate the statutory firewall.

For example, one former insider says that were Pack to apply the VOA mission of “telling America’s story and explaining its policies and ideals” to the independent grantee organisations like RFE/RL, that would represent “a significant shift in their role”, which until now has often been explaining to their audiences – more than 38 million people in 23 countries, in the case of RFE/RL – what is going on in their own societies. 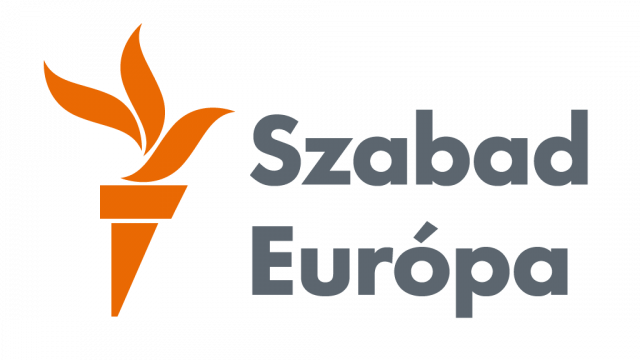 Insiders say all this sends a terrible signal at a time when, according to the US-based democracy monitor Freedom House’s latest Nations In Transit report, a growing number of leaders in Europe and Eurasia have dropped even the pretence of playing by the rules of democracy, while openly attacking democratic institutions and the press.

The most worrying situation is in Hungary, where RFE/RL’s new Szabad Európa service on various digital platforms intends, in its own words, to “provide objective, fact-based reporting in a country that has witnessed a decline in diverse media voices.”

Since the Fidesz government of Viktor Orban came to power in 2010, it has set about emasculating, co-opting, buying up or killing off critical media outlets. In August, the whole editorial team of Hungary’s most-read news site, Index, resigned in protest citing threats to their editorial independence. And in the same week of RFE/RL’s launch, the last remaining critical radio, Klubradio, was informed that its licence would not be automatically extended.

Even before Szabad Európa’s launch, there were indications that RFE/RL’s “signature commitment to serving the public interest by reporting on the issues that matter most to our audiences” would be difficult to maintain in Hungary.

The Hungarian service was launched almost a year after that of the Romanian and Bulgarian editions, with Congress – which allocates almost 800 million dollars to USAGM each year – only finally approving the funding for it last September.

In an interview with BIRN, the director of RFE/RL in Hungary, Gyula Csak, refused to comment on any decisions taken in the US, but there was clearly some behind-the-scenes wrangling over the Hungarian RFE/RL project. In September, just days before Congress approved the funding, a group of US Senators (all Democrats) sent a letter to the US Ambassador to Hungary, David Cornstein, warning him not to interfere with the project.

“We applaud the U.S. Agency for Global Media’s (USAGM) decision to return independent news broadcasts to Hungary via Radio Free Europe/Radio Liberty. It is for this reason that we are so deeply troubled by media reports that you sought to gain assurances from the agency that it would avoid negative stories or investigative journalism regarding Hungary,” the letter read.

Eyebrows were also raised when, back in September, Jamie Fly met with Hungarian officials and tweeted about having had “good meetings” with government spokesman Zoltan Kovacs, who regularly labels any criticism of Hungary as fake news.

Further fuelling suspicions about the US Embassy’s ambivalence over declining democratic standards in Hungary under the government of Prime Minister Orban – who Trump once praised for doing a “tremendous job” – was its decision just before the 2018 parliamentary elections to abruptly cancel a 700,000 dollar State Department grant to support objective reporting in Hungary.

“We were very disappointed by the Embassy,” Miklos Hargitai, President of the National Association of Hungarian Journalists (MUOSz), told BIRN. “Previously, there was a lot of coordination with [the Embassy], identifying where independent media would need most help. A lot of journalists and regional media outlets were already working on their applications when the whole project was just dropped. Nobody ever talked about it.”

To many, this was a signal that US priorities towards Hungary, previously stressing media freedom and democratic norms, had changed since Trump took office – a perception that seemed to be borne out by the arrival in Budapest of Ambassador Cornstein in 2018 with a brief to mend ailing US relations with the Fidesz government.

Cornstein appears to have succeeded in his brief. He is known to enjoy excellent personal relations with Orban and other members of his cabinet, so much so that he made international headlines when he boasted to the New York Times about stripping down to his underwear and relaxing on Orban’s plane after a visit to the White House in 2019.

Cornstein conceded in an interview with news site 24.hu that when he learnt about the return of RFE/RL to Hungary, he wanted to ensure that the government’s side would be given a hearing. “I would like Radio Free Europe to be about important American values. Of course, they also have the right to be critical. All I ask is that if they write something critical, they give the Hungarian government the opportunity to react. And if they write about the government doing anything good, give the opposition a chance to speak as well. That’s all I have asked from the head of the organisation. This way I can fully support the project, but if they don’t, I’ll be grouchy.” Cornstein said.

The head of RFE/RL in Hungary is convinced that his outlet’s journalistic independence will not be jeopardised, even after what has been dubbed the “Wednesday night massacre”, when the heads of the grantee organisations were fired, including his boss Jamie Fly.

“There is a legal firewall, a legal guarantee which protects us from any interference either from politics or from the management. Trust me, we all know what journalistic independence means and how valuable it is,” said Csak, who has previously worked for the BBC and various Hungarian news outlets, including public radio. “After all, many of our colleagues at RFE come from countries where they are no longer able to work as journalists.”

In words that will no doubt go some way to mollifying the US embassy in Budapest, Csak stressed to BIRN that, “public service also means unbiased reporting. We will give all sides the chance to express their opinion.”

Ambassador Cornstein won’t be around to hold Csak to that promise, having announced he will be leaving his post on November 1. Even so, Csak’s team of roughly ten journalists will have their work cut out trying to re-establish balanced public service reporting in a country where the pro- and anti-government media inhabit parallel universes and Orban’s Fidesz party grows increasingly intolerant of critical voices.

Without strong backing at home, RFE/RL might find it has an impossible job on its hands in Hungary.