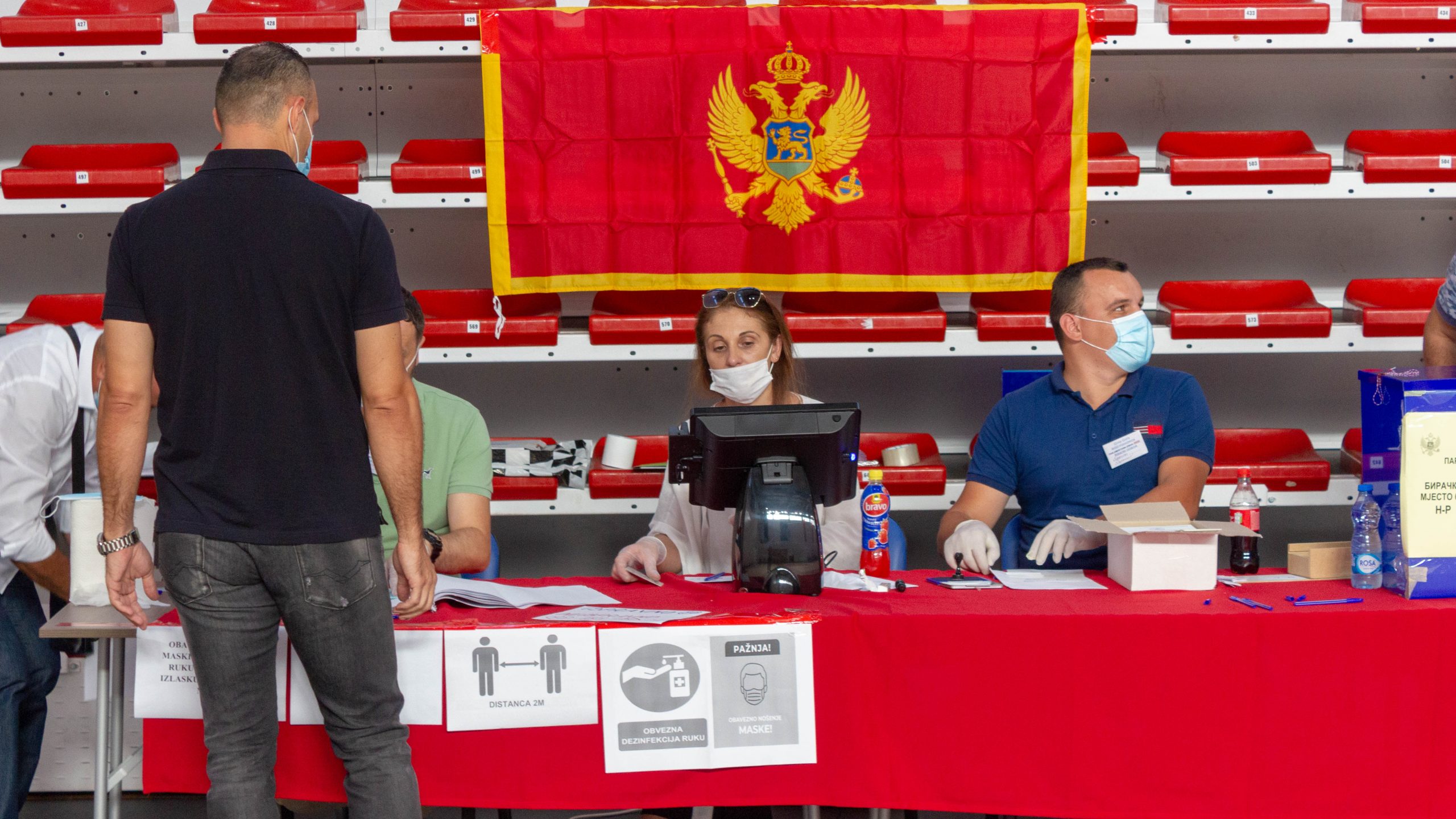 A polling station in Podgorica during the Montenegrin parliamentary elections. Photo: BIRN/Samir Kajosevic

A prominent Montenegrin watchdog organisation says it knows at least one party in the now ruling coalition that used an offshore company from Cyprus to make videos for its campaign in last year’s elections.

The head of the prominent Montenegrin watchdog MANS, Vanja Calovic Markovic, on Wednesday alleged that most political parties concealed part of their election funding sources and the actual costs of their campaigns for last year’s parliamentary elections.

At the promotion of MANS’ parliamentary election report, Calovic Markovic also said one of the parties in the now ruling For the Future of Montenegro coalition used an offshore company to make camaign videos.

“They hired an offshore company, Limanaki Studios LTD, from Cyprus, to produce videos. That company has not submitted financial reports since its establishment, and its owners are hidden,” Calovic Markovic said, not naming the actual party.

“The contract specifies the given company to do advertising videos for 50,000 euros, without the number of commercials or the deadline by when it must be completed, only the payment deadline,” she added.

In parliamentary elections held on August 30 last year, three opposition blocs won a slender majority of 41 of the 81 seats in parliament, ousting the long-ruling Democratic Party of Socialists, DPS.

New Prime Minister Zdravko Krivokaic led the largest bloc in the now ruling majority, the pro-Serbian For the Future of Montenegro, with the Democratic Front, DF, as its strongest member.

DF officials and the Prime Minister have not commented on the MANS report.

Calovic Markovic said that all the competing electoral lists spent a total of about 245,000 euros on advertising on social networks, almost ten times more than in the 2016 parliamentary elections.

“The administrators on social networks that financed the advertising of certain political structures were exclusively from Serbia,” Calovic Markovic noted.

In December 2020, in its report on the election, the OSCE/ODIHR mission said that Montenegro had not managed to ensure transparency, accountability and integrity of campaign finances, despite changes to electoral laws.

“There is general public mistrust in the campaign finance regulatory system, as currently implemented, and despite some improvements, the legal framework does not establish effective safeguards against corruption or circumvention of campaign finance rules,” the report said.

In its 2020 progress report on the country, the European Commission warned that the electoral legal framework remained largely unchanged since the parliamentary elections in 2016.

“While it provides basic regulations for the conduct of democratic elections, gaps and ambiguities allow for circumvention, particularly in campaign finance,” it observed.

Suspicions about secret camaign funds grew in January 2019, when a video clip from 2016 surfaced in which Dusko Knezevic, chairman of the Montenegro-based Atlas Group, appears to hand the then-mayor of Podgorica, Slavoljub Stijepovic, an envelope containing what Knezevic later said was $200,000 to fund election campaigns.

Knezevic, now believed to be in London, told the media he had been giving the DPS, led by President Milo Djukanovic, such sums for about 25 years, during which time the DPS had never been out of power.

In February 2019, the DPS was fined 20,000 euros and ordered to pay 47,500 euros to the state budget, while in February this year the Higher Court in Podgorica suspended criminal proceedings on Stijepovic.