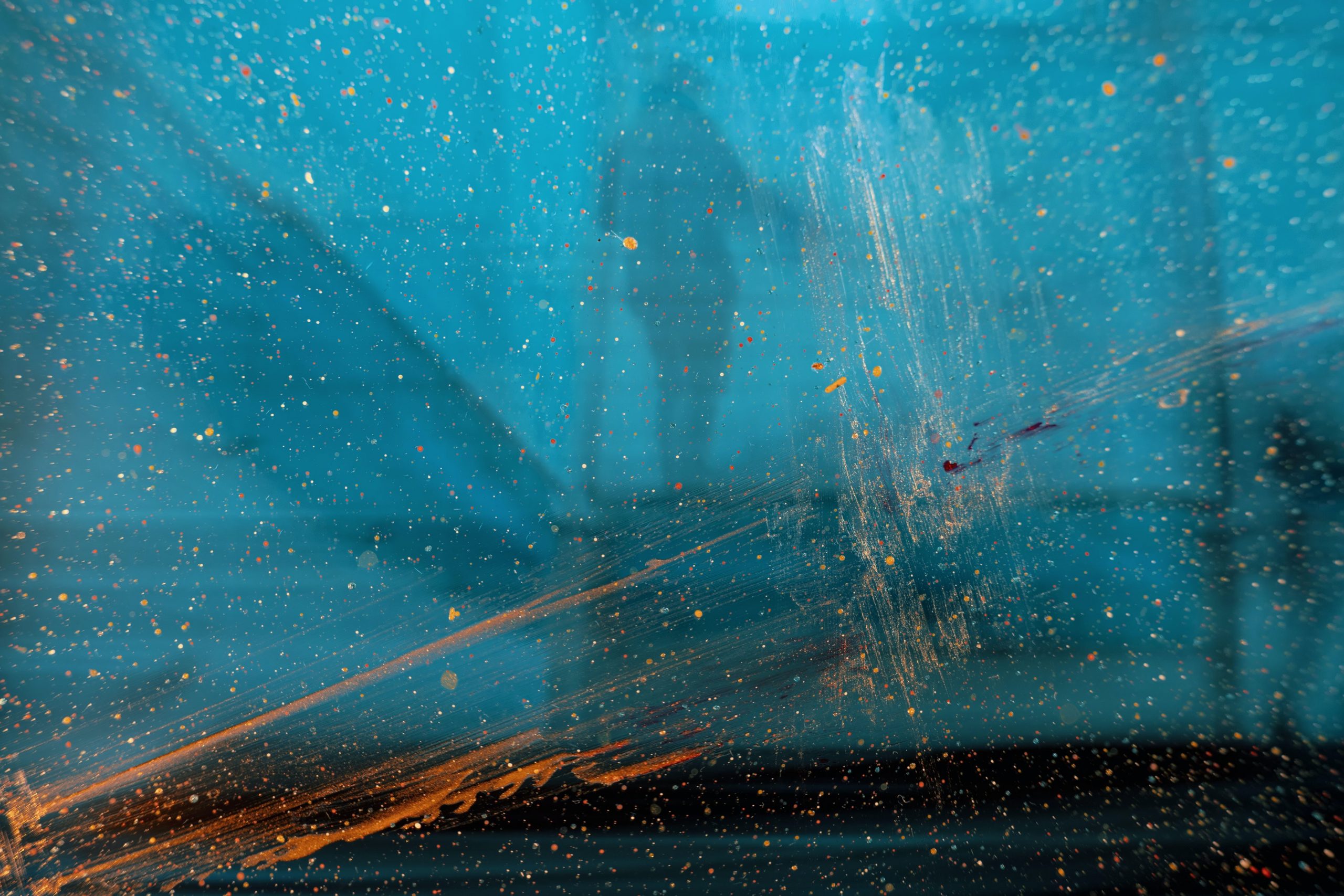 As the European Union imposed a new wave of sanctions targeting Russia’s economy, false news about the war in Ukraine and pro-Moscow propaganda continued to circulate online in EU member state Hungary.

After Viktor Orban’s re-election as Hungary’s prime minister for a fourth consecutive term, pro-Russian propaganda continued to spread online in the country despite the Budapest government’s official support for the EU’s imposition of sanctions on Moscow.

Two such cases are documented in this latest bi-weekly review of online violations compiled by BIRN’s monitors in Bosnia and Herzegovina, Hungary, North Macedonia, Romania and Serbia.

Meanwhile, journalists have been targeted online in Serbia and Romania, while recordings of conversations published online highlight political frictions and cases of alleged graft in Bosnia and North Macedonia

Despite voting for EU sanctions and showing humanitarian support for refugees fleeing the war in Ukraine, Hungary continues to show some reluctance to fully join the European bloc in condemning the Russian invasion.

Prime Minister Viktor Orban, after his fourth electoral victory on April 3, cited Ukrainian President Volodymyr Zelensky as his opponent in his victory speech, confirmed he will not take any action against the Russia-founded International Investment Bank and insisted that Russia’s Rosatom would continue building a new nuclear power plant in Hungary.

Given this context, it is clear why pro-Russian propaganda is so widespread in Hungary, where pro-government media support Orban’s ruling party Fidesz. 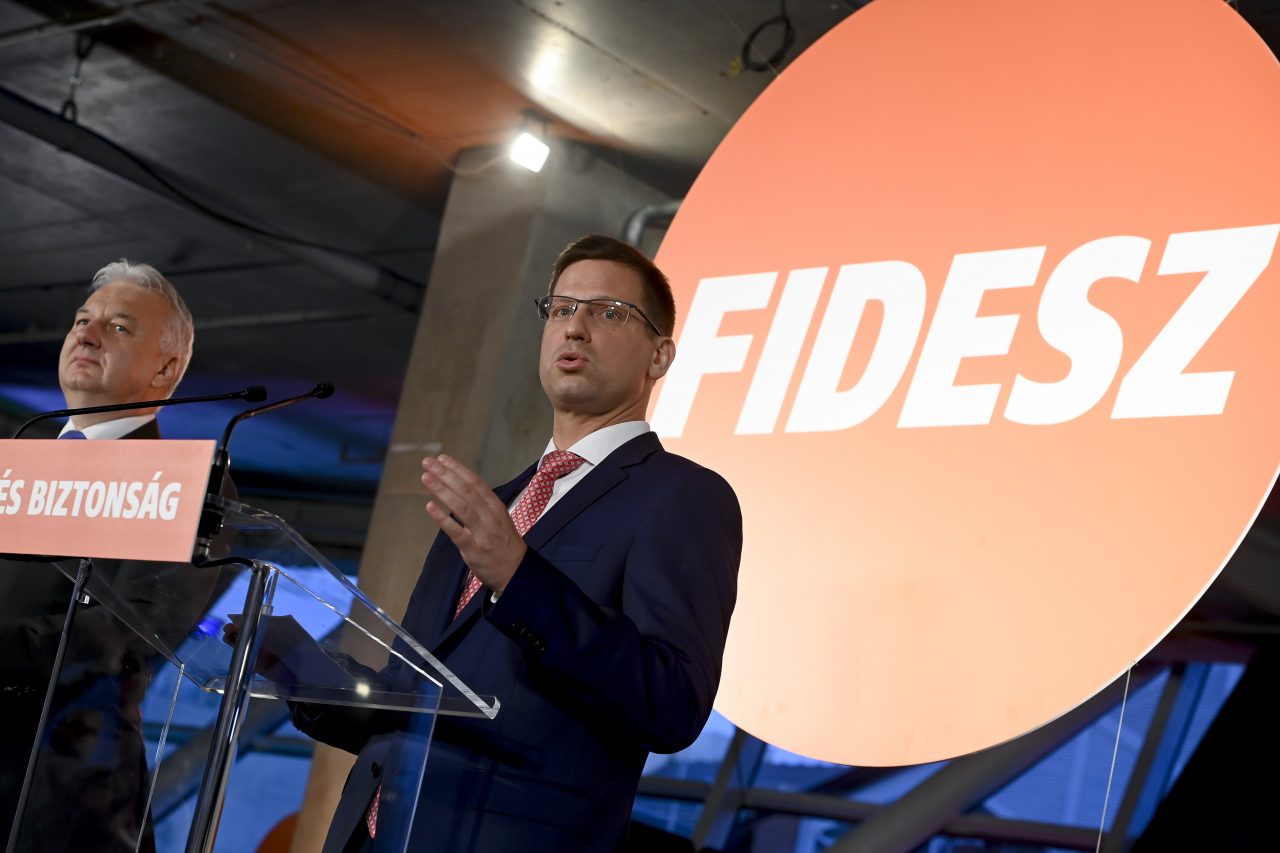 Deputy Prime Minister of Hungary and President of the Christian Democratic People’s Party (KDNP) Zsolt Semjen (L) and the head of the Prime Minister’s Office Gergely Gulyas hold a press conference after closing the polling stations for the general election and national referendum on the child protection law in the Balna convention center in Budapest, Hungary, 03 April 2022. Photo: EPA-EFE/SZILARD KOSZTICSAK

On April 4, thousands of Hungarian Facebook users started sharing pictures of a man covered in Nazi tattoos, claiming that he was the “deputy police chief of Kyiv”. However, the man, whose name was Artem Bonov, did not appear in the list of employees on the Kyiv Police website and was found to be a well-known far-right activist instead.

On April 8, two separate cases of misinformation and propaganda were recorded in Hungary. In the first of the two, several Hungarian-language Russian propaganda sites and their Facebook pages spread false information that there was no massacre in the Ukrainian town of Bucha and that the reports of civilian casualties were fake.

Some articles that included a video of carnage in Bucha falsely claimed that one of the dead bodies lying on the street was actually moving, that there was evidence that the massacre did not take place, and that recordings made after the recapture of the town were staged.

In the second case, following the adoption of the fifth package of sanctions targeting the Russian and Belarusian economies by the European Parliament, the Hungarian State news agency MTI reported the news as if Fidesz MEPs had not voted in favour of the sanctions.

However, despite a claim by Fidesz party MEP Kinga Gál, who said on Facebook that her fellow Fidesz MEPs voted overwhelmingly against the proposal to impose an embargo on gas, oil and nuclear power from Russia, the EU proposal was supported by Fidesz MEPs.

Journalists targeted in Serbia and Romania

Journalists continue to be verbally attacked by pro-government media and political figures across the region, and the beginning of April saw several incidents in Serbia and Romania. 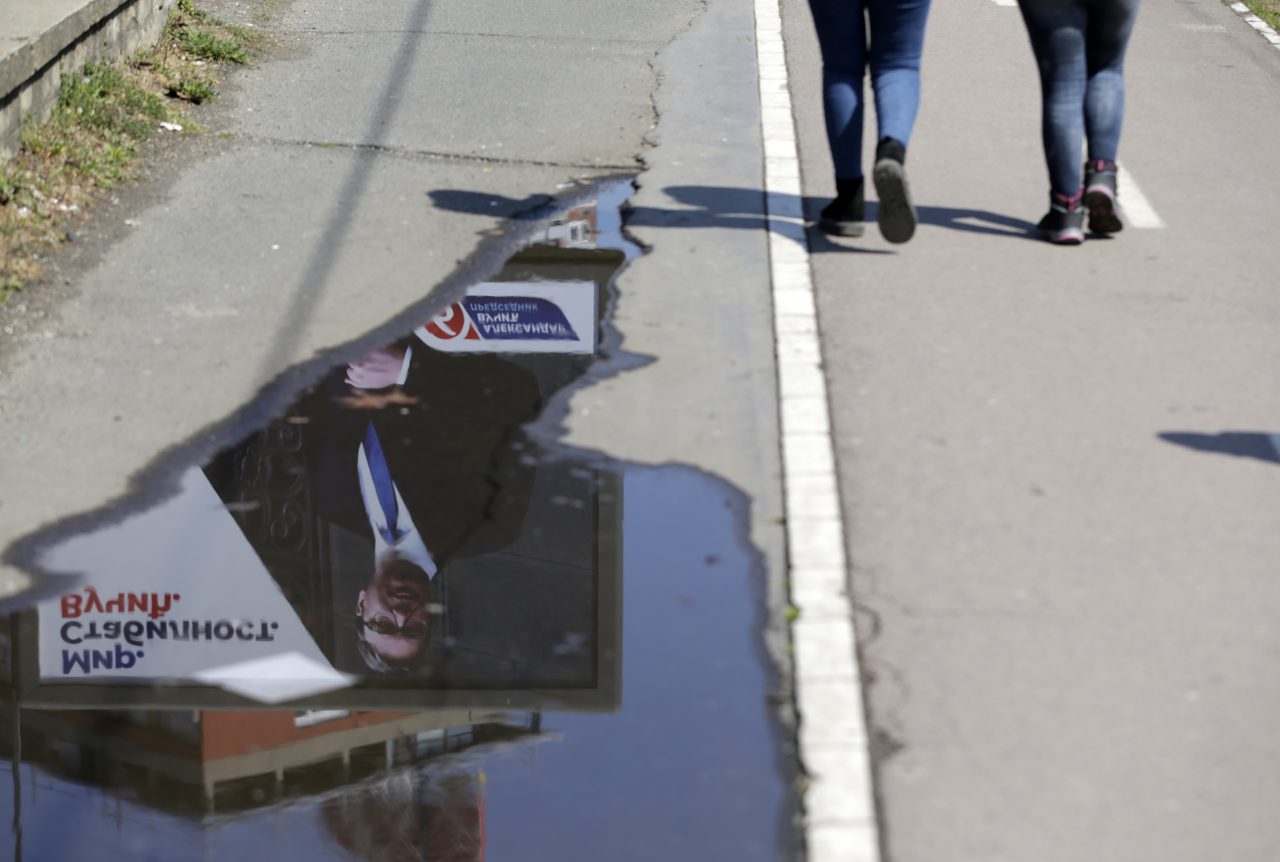 On April 1, Verica Marincic, a journalist from the town of Indjija in Serbia who works for the IN Medija website, reported that she received serious threats via Facebook.

Marincic said she believes that the threatening messages were connected to an article she published about the behaviour of a local priest who was taken into custody some days earlier after he refused to pay for some items from the local Lidl store.

In another case on April 5, sports journalist Milojko Pantic said his YouTube channel, which also hosts political content critical of the government led by the Serbian Progressive Party, had been removed from the platform without explanation.

Pantic said he believed that the shutdown of his channel was probably related to the release on the YouTube channel of his show about Serbia’s democratic failings, which was uploaded before the parliamentary and presidential elections on April 3.

Meanwhile in Romania, Reporters Without Borders said in a report on its website that press freedom remains vulnerable as “the government’s vision of journalism and freedom of expression encourages censorship and self-censorship”.

The media watchdog added that “mechanisms for funding the media are, in many cases, opaque or even corrupt, and editorial policies are subordinated to the interests of owners, who often use them as propaganda tools”.

In one recent example of the troubled media environment in the country, well-known investigative journalist Emilia Sercan said on April 4 that she was targeted after she published material claiming that Romanian prime minister Nicolae Ciuca plagiarised part of his doctoral thesis.

“In the course of a single month, I was targeted in three separate incidents – threats, defamation and intimidation – all related to my work as an investigative journalist. According to the evidence in my possession, one of the defamatory acts was carried out with the complicity of a certain state institution’s employees,” said Sercan.

She also said she was sent some revealing pictures of herself, taken about 20 years ago by a former fiancé, from an unknown person on Facebook Messenger.

In response to the incident, the International Press Institute and other media freedom NGOs issued an appeal to the Romanian authorities calling for a swift and independent investigation.

The Bosnian political scene remains deeply divided and fractious. In one recent example of this, the Klix.ba website published a recording on which Jelena Trivic, the vice-president of the Party of Democratic Progress and a member of the Republika Srpska National Assembly, is heard threatening former councillor Ivan Begic.

On the recording, which was made ahead of local elections in 2020, Trivic tells Begic, who served on Banja Luka City Council, that he “will be buried”. Klix.ba says the recording has been authenticated, but the Party of Democratic Progress claimed that it was an edited version of the original tape. 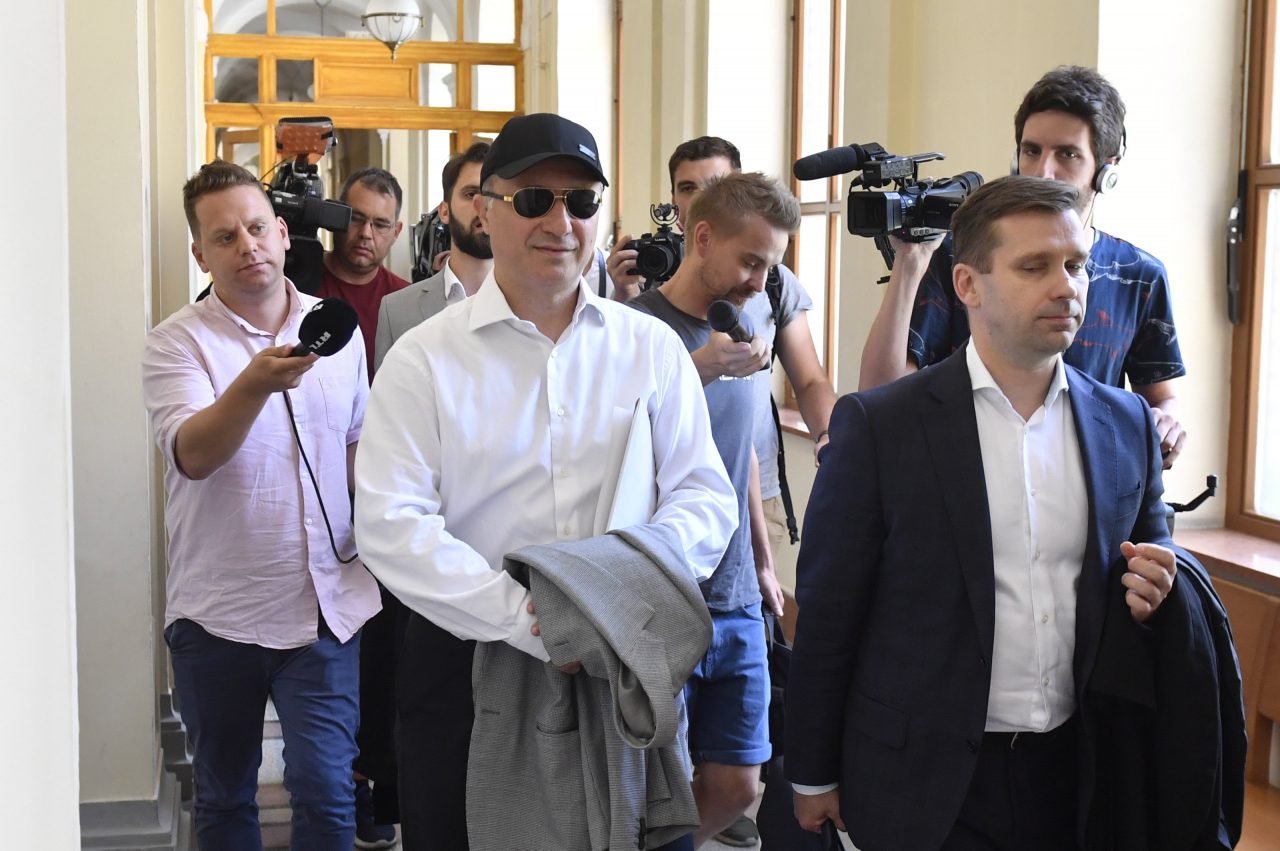 In another incident involving recordings of private conversations published online, this time in North Macedonia, two audio recordings of a conversation allegedly between former Prime Minister Nikola Gruevski and businessman Orce Kamchev were released by an unknown source on April 3.

In the conversation, voices appearing to be those of Gruevski and Kamchev discuss a court case in which they are both involved. The voice that is claimed to be that of Kamchev says that he gave a statement saying that Gruevski had nothing to do with buying plots of land on Mount Vodno for 1.2 million euros. The authenticity of the recordings has not yet been confirmed.

Incidents of disinformation and unverified claims, as well as cases of cyber fraud, continue to be a problem in many countries’ digital environments.

In Bosnia, a spoof article saying that Apple has created wedding rings that allow couples to monitor their spouses’ movements went viral after it was published by the Zanimljivo satirical humour website. The article was reposted as genuine news even though the fact-finding site Raskrinkavanje reported that it was not intended to be taken seriously.

Another case saw several online media and news websites in North Macedonia post unverified claims about the death of Croatian handball player Denis Toth, who is believed to have died as a result of injuries sustained in a fight after leaving a nightclub in Skopje. The unverified claims sparked a lot of speculation on social media in the country about the reason for Toth’s death.

Police were forced to intervene in North Macedonia after the reappearance of a notorious Telegram group entitled Public Room, a forum for sharing explicit photos of young women. The latest iteration of the group, in which photos, videos, information from social networks and phone numbers of girls and women in the country were posted, had close to 1,500 members. After a few days, the police intervened and the group was closed down.