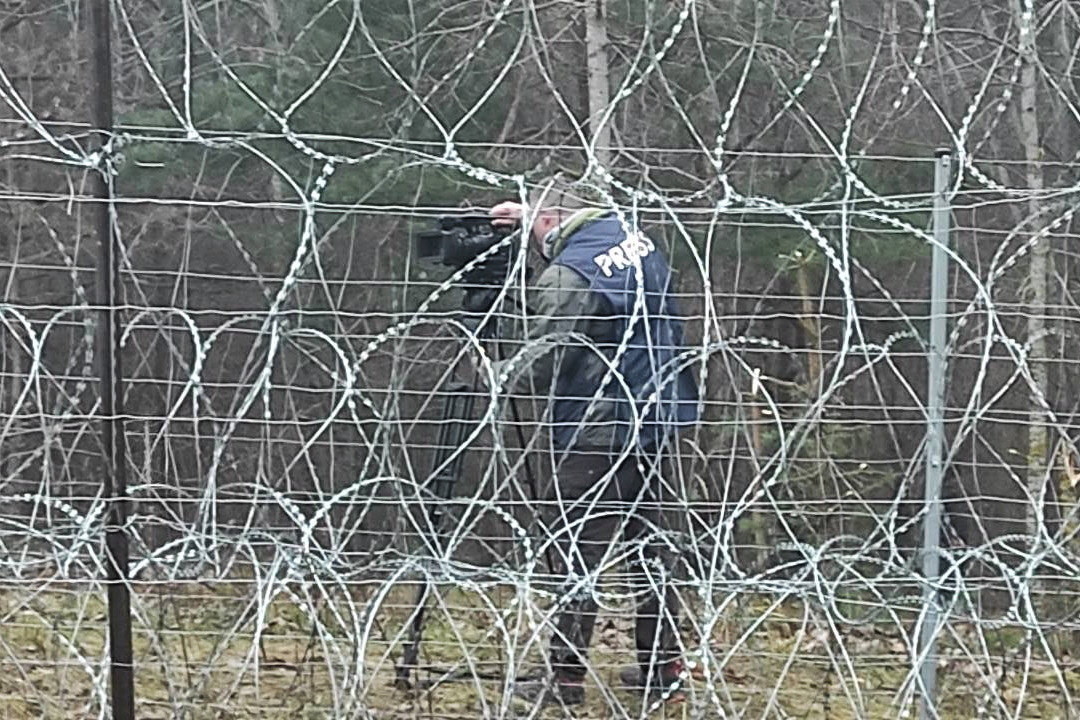 More journalists working in the Belarus border area are reporting attempts by Polish authorities to intimidate them – as three photojournalists say they were attacked on Tuesday.

People in Polish Army uniform on Tuesday attacked three photojournalists working in Wiejka, a village near Michalowo, in the Podlaskie region, next to the border with Belarus, a statement put out on Wednesday by the Polish Press Club said.

The three journalists are named as Maciej Nabrdalik, a World Press Photo winner whose photos have appeared in The New York Times, Maciej Moskwa, from the documentary collective Testigo, and Martin Divisek, from the European Pressphoto Agency.

The three said the incident happened after they documented the presence of Polish armed forces around Wiejka – and that they had informed the army before taking any photos. The incident took place outside the state of the emergency zone, which blocks access of journalists to a three-kilometre-wide stretch of land along the border with Belarus.

According to the three, after they had finished their job and got back in the car to leave, people in Polish Army uniform – they never identified themselves, despite requests – blocked their path and dragged them out of the car, using obscenities.

The journalists said they were handcuffed and detained for an hour until the police came. In the meanwhile, the men in army uniforms searched the car as well as the memory cards of the camera, despite the journalists pointing out that this would breach the right to journalistic professional secrecy.

Photos posted by the Polish Press Club clearly show bruises on the wrists of the journalists, where the handcuffs would have been placed.

The incident occurred after, at the weekend, Polish police and border guards in the border area intimidated BIRN’s own team on the ground, made up of this reporter and Dutch-American photojournalist Jaap Arriens.

Early on November 14, a mixed team of both police and border guards (based on their uniforms) pulled over the car the BIRN journalists were travelling in near a checkpoint at Czeremcha, just outside the emergency zone. The uniformed officers demanded the International Mobile Equipment Identity numbers, IMEI, of the two journalists’ phones. The IMEI is a unique identifier for a mobile phone that enables it to be tracked.

“They lied to us and treated us as criminals, despite us clearly identifying ourselves as journalists,” Jaap Arriens said.

“They intimidated us in order to get the IMEI numbers. We felt that if we refused, we could be detained for up to 48 hours. This kind of behaviour means your rights are thrown right outside the window,” he added.

BIRN has heard of cases of other journalists being intimidated using similar techniques. We will return to the topic in the future.