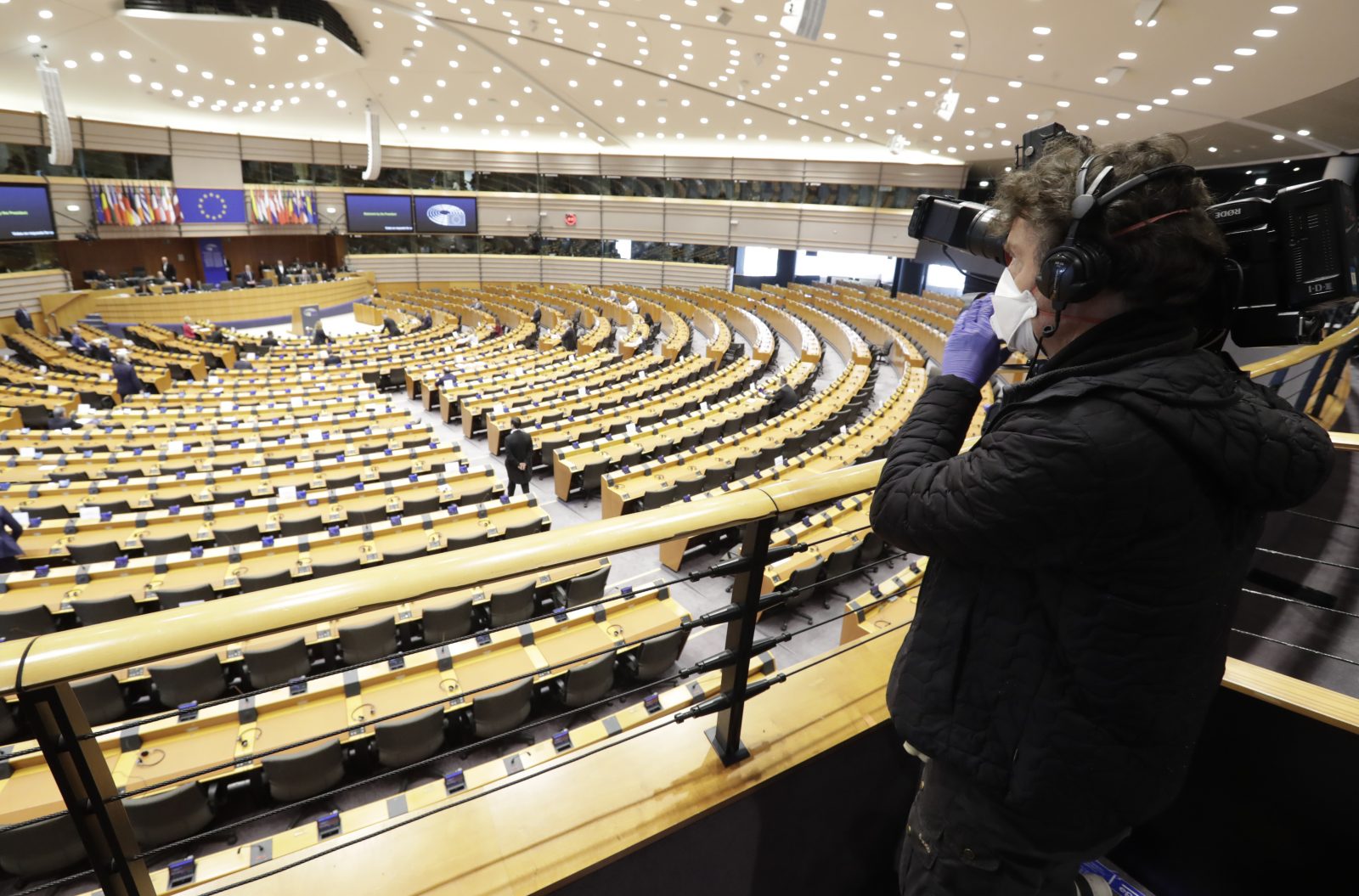 The COVID-19 pandemic in nine countries of Central and Eastern Europe has caused major difficulties to the media in continuing their work, especially the print media, and has further undermined press freedom, a report published on Friday by the Berlin-based media NGO n-ost said.

The report looks at the situation facing the media in Bulgaria, Croatia, the Czech Republic, Hungary, North Macedonia, Poland, Romania, Serbia, and Slovenia.

Its main conclusions are that the pandemic has accelerated the transition from print to online media, but that “recent surges in online readership have not translated into more financial stability”.

It said that the “lockdowns have caused print media sales and advertising revenue to collapse” and that “various emergency laws and provisions allowed governments increased control over public information”.

While the economic situation differs from country to country, the situation in each with regards to media freedom tends to be similar.

The majority of governments in the region, it said, have used the health situation to tighten control over the information flow, limiting access to COVID-19-related data beyond those officially announced, for example.

Some countries, like Serbia or Hungary, passed laws or regulations penalizing reporting on unauthorized information.

Some media outlets in Bulgaria either cut pay for journalists during the crisis, or fired staff, or shut down entire newsrooms.

The situation is especially hard for Bulgarian regional publications, “which have been struggling to stay afloat for years, [and] are expected to bear the brunt of the coronavirus-related crisis”, the report said.

According to the same report, the COVID-19 pandemic has also hit freelance journalists in Croatia hard.

“According to a survey conducted by the Trade Union of Croatian Journalists in April, 28.7 per cent of 164 freelance journalists surveyed had had all their assignments (and 26 per cent most of their assignments) cancelled since the beginning of the crisis,” the report said. 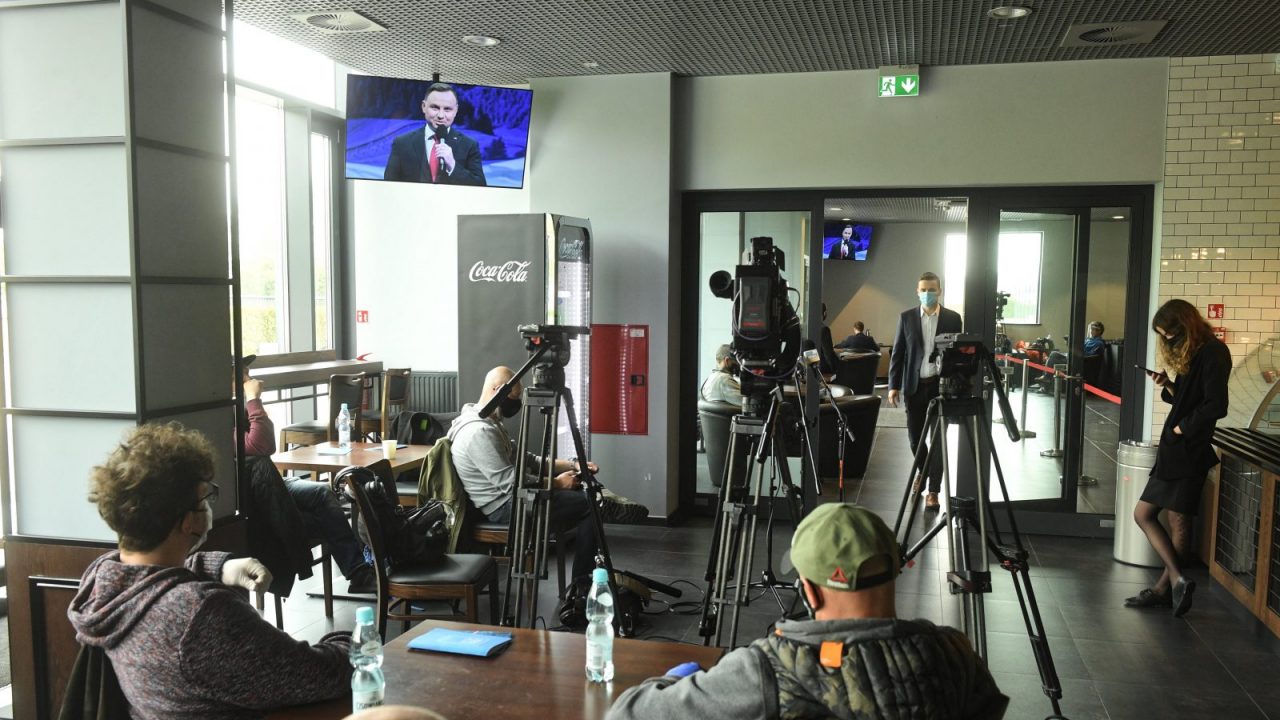 Journalists watch on TV the broadcast of the program convention of President Andrzej Duda presented in the village of Szeligi, Poland on May 1, 2020. Due to the outbreak of the coronavirus, the event takes place without the participation of the public. Photo: EPA-EFE/RADEK PIETRUSZKA POLAND OUT

In the Czech Republic, Respekt, one of the country’s most important print weeklies, “reported a 60-70 per cent drop in advertising revenues compared to pre-pandemic levels”, it noted. Similar falls happened in other print media.

“In contrast to print media, online news platforms recorded surging visitor numbers in March and April, in some cases increases of more than 100 per cent … However, figures from mid-May suggest that visitor numbers are returning to pre-crisis levels,” the report said.

The situation is similar in Poland and Hungary. Some two-thirds of Hungary’s media outlets told the Hungarian Publishers’ Association that the situation caused by the pandemic had caused major disruption to operations. One of the most affected areas is the advertising market.

“The stagnation of the advertising market played a significant role in the loss of revenue, which according to the advertising companies, may reduce the overall size of the market by 38 per cent, or HUF 75 billion [some 213,4 million EUR] in 2020 on a year-to-year basis,” the report said.

In North Macedonia, some media had to form their own internal solidarity fund in order to help colleagues that risk losing their jobs.

In Romania, businesses affected by the lockdown have stopped advertising, depriving the local media of one of their most important sources of income.

“Interviews with local media managers indicate that they have lost 70 to 80 per cent of their advertising budgets since the pandemic began, pushing them to the verge of collapse,” the report noted.

According to the report in Slovenia “the media’s advertising revenues have been slashed by a third after private companies went out of business”.

“Confronted by the crisis, media outlets have laid off staff, forcing journalists into the government’s special COVID-19 job retention scheme or cutting their salaries by 10 to 20 per cent,” the report said.