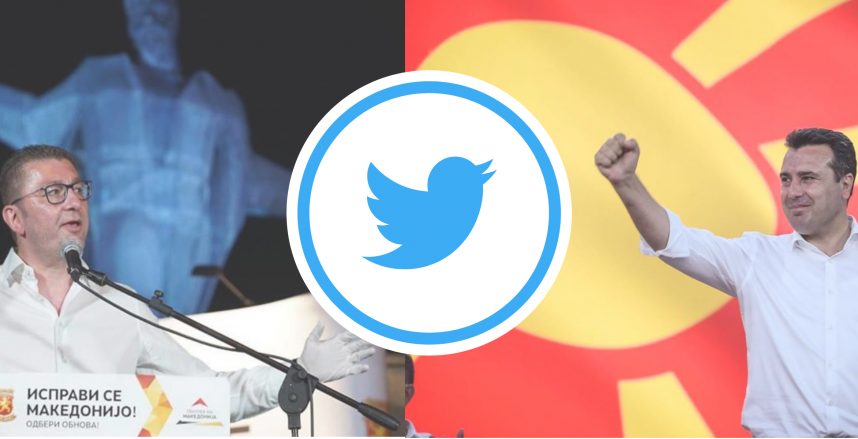 Had the July 15 elections been won based on the number of tweets posted, the ruling alliance would have won twice the number of seats than the main opposition.

But what happened within the social network bubbles did not always reflects accurately real life, or the election results.

Despite being twice as active on Twitter, the ruling alliance led by the Social Democrats under Zoran Zaev, pulled off only a wafer-thin victory at the polls, winning 46 of the 120 seats in parliament, just two more than their right-wing rivals in VMRO DPMNE.

BIRN’s comparative analysis on the tweets of the party candidates and the use of their punchline hashtags, done with the help of SHARE foundation, reveals several characteristics.

When it came to their official hashtags, such as “We Can” and “We Care”, used by the Social Democrats, and “Choose Renewal” and “Rise Up Macedonia”, used by VMRO DPMNE, the former were clearly dominant, for example. Ruling alliance hashtags could be seen on more than 5,600 tweets. Those of the opposition were found in just over 2,100.

Yet their strategies were very similar, with party leaders and the electoral lists’ heads in the six electoral districts posting the initial electoral propaganda, and sympathizers disseminating it.

Only some party sympathizers used their personal profiles with their names clearly displayed. Most posts were retweeted by profiles using pseudonyms or just codenames. Thus, one assumption is that these were automatized profiles, or bots.

One difference between them was that the posting of tweets was more evenly spread in the ruling party bloc.

While Social Democratic leader Zaev led the process, much of the party’s communication also originated from other prominent figures, such as Foreign Minister Nikola Dimitrov, Vice Prime Minister Mila Carovska, Defence Minister Radmila Shekerinska, provisional PM Oliver Spasovski and others – most of them leading the lists of candidates in the six electoral districts.

In the opposition bloc, most of the traffic originated from the profile of the VMRO DPMNE leader, Hristijan Mickoski, or from the official party twitter profile. Compared to these two, the activity of the other opposition party officials was negligible. 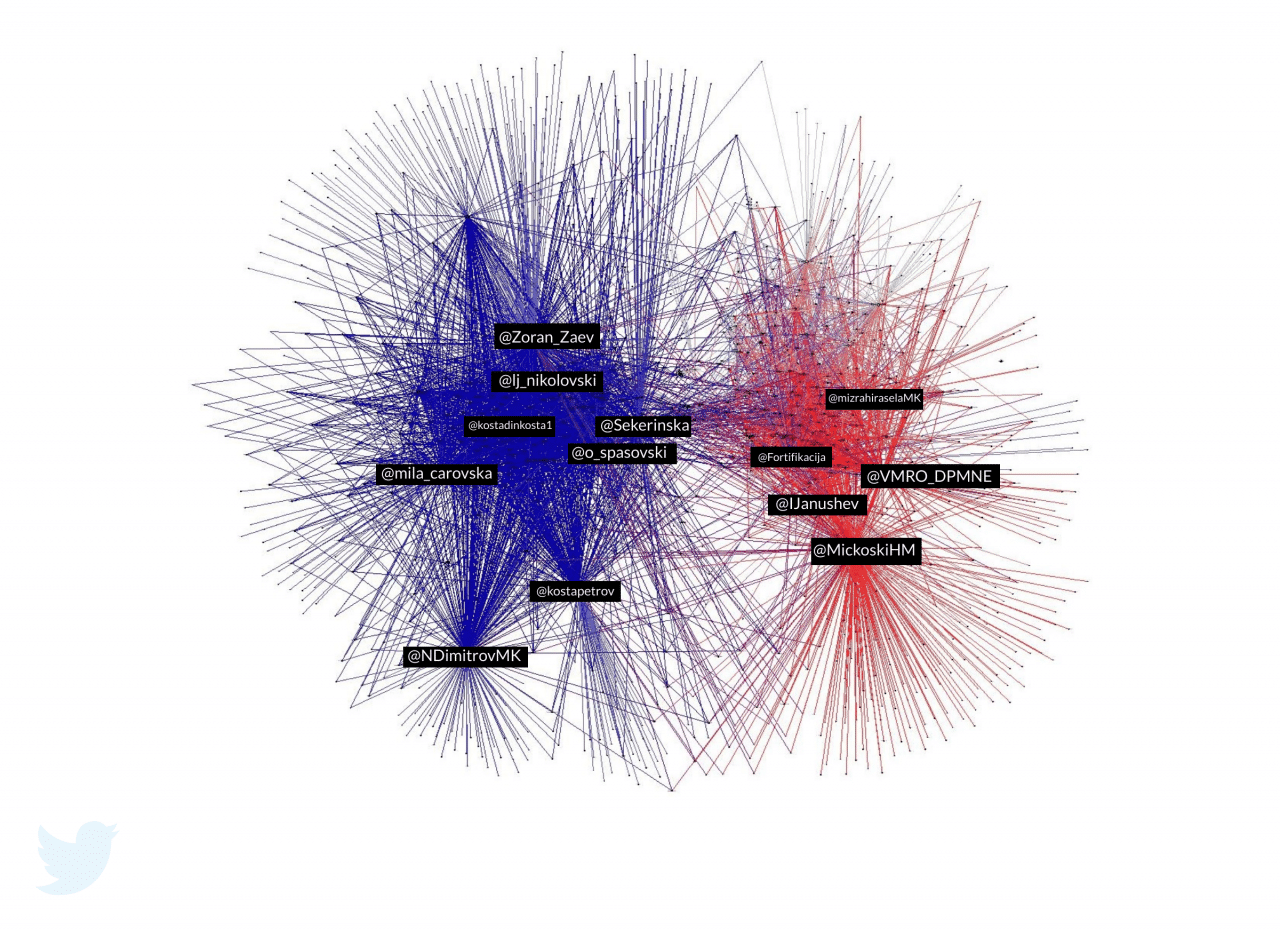 While most Twitter posts on Zaev’s profile referred to the alliance’s own campaign points and promises, some 10 per cent were reserved for negative campaigning against the opposition.

Among these negative posts, most suggested that if VMRO DPMNE came back to power, it would mean a “return of the regime” – referencing the authoritarian government of former VMRO DPMNE leader and former prime minister Nikola Gruevski.

Most of the tweets from the profile of opposition leader Mickoski also focused on election promises and on parts of the party’s manifesto. But about 13 per cent of tweets were devoted to attacking the other side.

The most common tweets attacking the Social Democrats referred to alleged “crimes” committed by Zaev, mostly drawing on connections to the high-profile “Extortion” trial in which the former head of the Special Prosecution, SJO, Katica Janeva – once strongly supported by Zaev – and others were found guilty of extortion.

Other posts accused Zaev of undermining the national interest by presiding over important friendship deals with neighbouring Bulgaria and the historic “name” agreement with Greece.

The analysis shows that nine of the ten most shared posts during the campaign were those of Social Democratic officials, with Zaev’ post sharing the official video commercial of their campaign, in which the party says it has achieved a lot and can do even more, being most shared.

The opposition leader posted the tenth most shared post as well. In it, he shared a video advertisement in which he implored young people to stay in the country and to “fight for Macedonia”.

Despite the bitter electoral war waged on Twitter by both blocs and their supporters, neither bloc got exactly what it sought.

Zaev did not win a comfortable majority for a new government to accomplish his promised changes.

Mickoski also failed to persuade enough voters that it was time he took over and started to “strengthen the spines” of the country’s supposedly humiliated citizens.