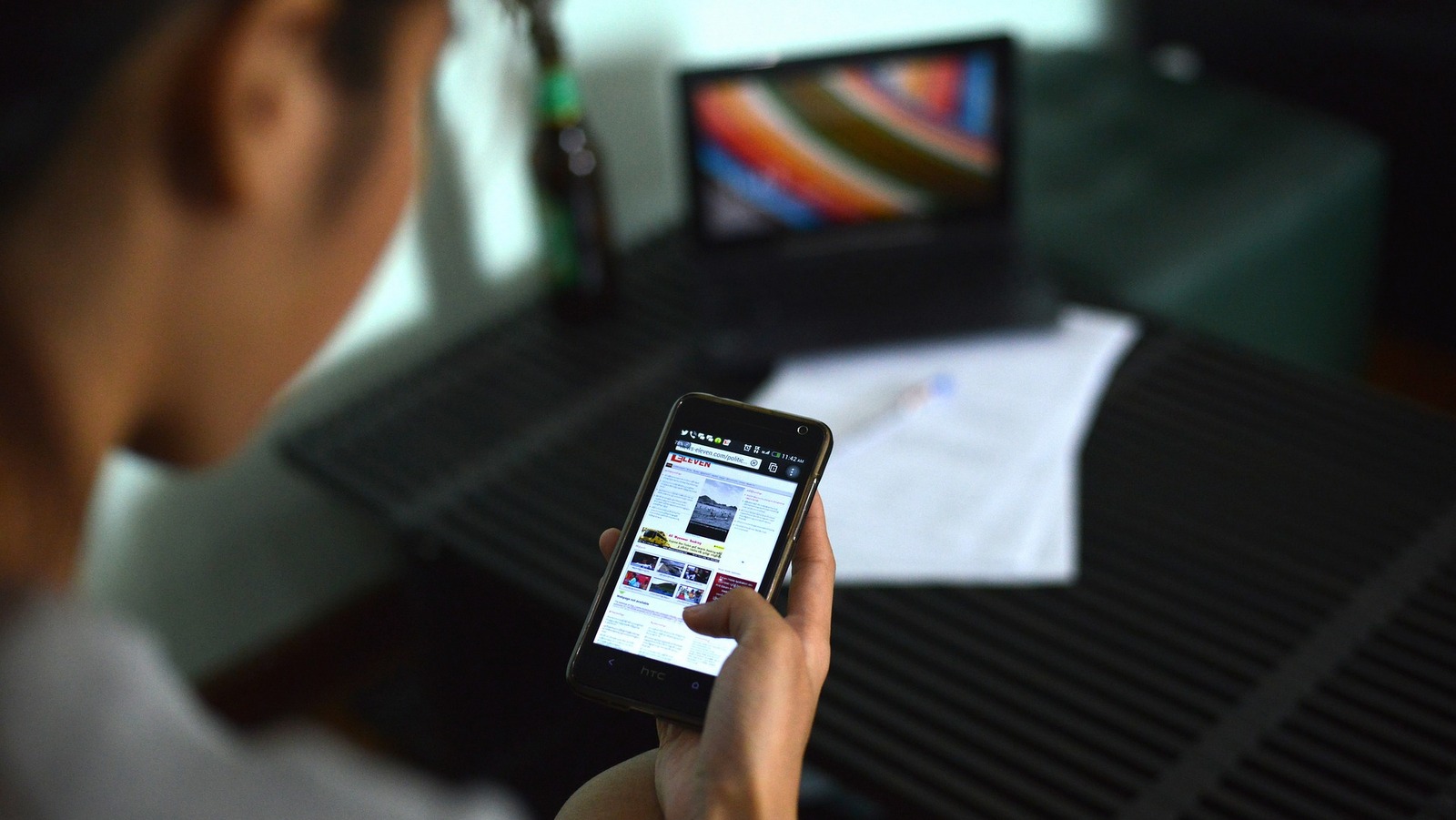 In deference to the US and NATO, North Macedonia is mulling laws that will effectively exclude China’s Huawei from its 5G race – possibly at the cost of its normally cordial relations with Beijing.

North Macedonia on Friday signed a Memorandum of Understanding with the United States on security issues linked with new telecommunications technologies, which is expected to indirectly bar China’s tech giants, Huawei and ZTE from the race in the country to build 5G.

“We have an obligation to align our telecommunications development policies with those of the EU as well as to align the security aspects of the implementation of the 5G network with our strategic ally, the US. This memorandum is of vital importance for the economic development and the security as North Macedonia and the United States accent the importance of encouraging participation of relevant and trustworthy network suppliers of 5G hardware and software”, North Macedonia’s Prime Minister Zoran Zaev said during the signing ceremony with the US Under Secretary for Economic Growth, Energy and Environment, Keith Krach.

The authorities also say that parliament by the end of this year should change its Electronic Communication Law and other accompanying legislation to embed stricter rules against acquiring 5G equipment from so-called “untrusted” sources.

While leaders of North Macedonia, which only joined NATO earlier this year and is looking to start EU accession talks by the year’s end, say they will strictly abide by the alliance’s security protocols on 5G, the message will not resonate well with traditionally friendly China, whose firms, including Huawei, have a significant stake in its economy.

Digital security generally, and China’s role in the development of the 5G network and infrastructure specifically, became an issue towards the end of last year, as North Macedonia awaited ratification of its NATO accession protocol.

When NATO membership became reality in March this year, these concerns continued to make themselves felt, especially because the majority owner of North Macedonia’s largest telecom operator, Makedonski Telekom AD, is the Hungarian firm Matav, which in turn is part of Deutsche Telecom – a company that has cooperated extensively with Huawei.

By the start of this year, Makedonski Telekom had started preparing a tendering procedure to acquire 5G equipment, and Huawei was, and seems to remain, an important possible supplier.

As only a minority owner of Makedonski Telekom, the North Macedonian government had only limited influence in any decisions on development of a 5G network.

But this may change, authorities recently hinted, when announcing tougher rules on who might be allowed to supply 5G equipment to operators.

The decision to sign the memorandum with the US was reached at the most recent meeting of the National Security Council last month, chaired by President Stevo Pendarovski and attended by Prime Minister Zoran Zaev. It also saw an action plan laid out in broad terms.

“All operators in this sphere should take into account our national interests and obligations,” the President’s office said, adding that the Memorandum of Understanding with the US is setting the main political path that the country will follow, in other words, expressing a political will.

“Then we will need to operationalise it, and change the Electronic Communications law and a series of other laws, because so far they did not contain such restraining acts.

“We will of course also have to remain in line with the [NATO] alliance’s recommendations in future,” the presidential cabinet said.

Informal pressure on North Macedonia to align itself on 5G with its allies seemed to intensify after neighbouring Kosovo and Serbia signed US-brokered agreements on economic normalisation on September 4 in the White House.

US President Donald Trump on that occasion praised both sides for committing themselves not to use 5G equipment from China, saying they had helped make the region and the world more secure.

This was seen as sending a message to other Balkan countries as well.

While the debate on China and 5G is ongoing within the EU, where some major countries, like Germany, are reluctant to cut ties to China’s technology giants, NATO’s Secretary General, Jens Stoltenberg, has been clear. All member states need to align themselves on the issue and exclude “suspicious” tech companies from the 5G area, he has said.

“We are the newest NATO member and will act according to NATO’s security standards. Institutional decisions are yet to follow,” Zaev told the media when asked about the matter. 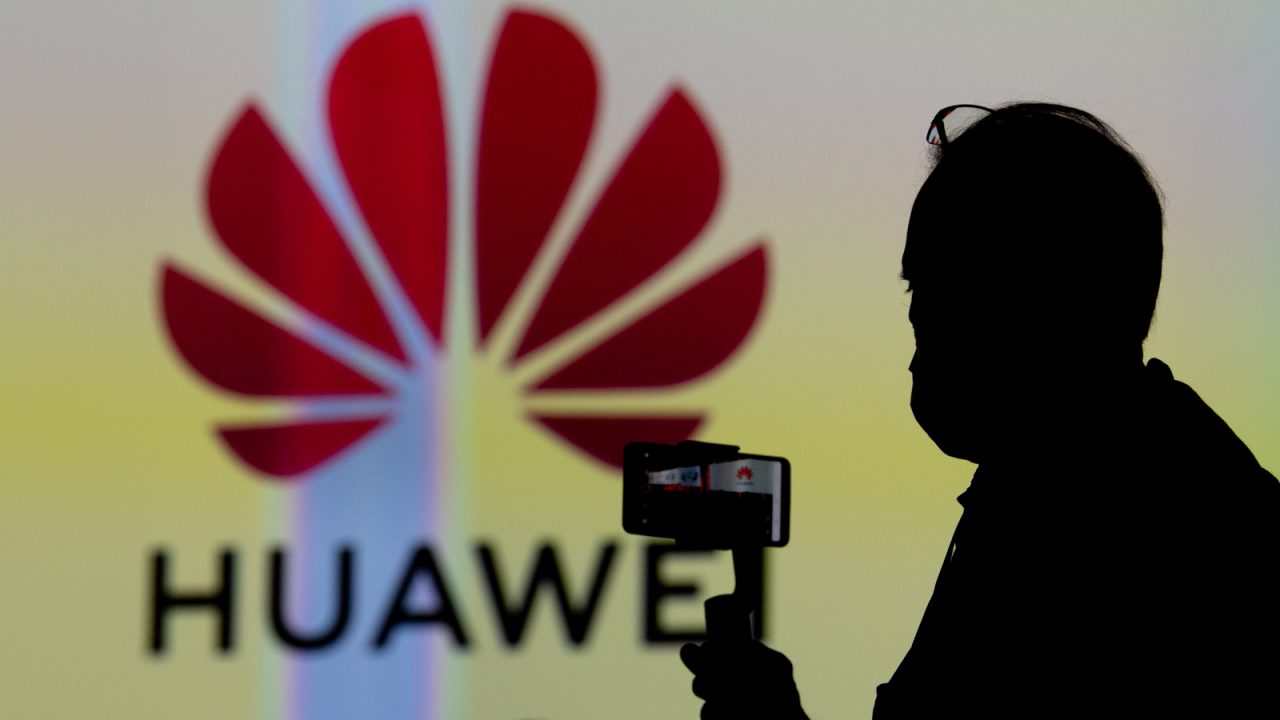 Silhouette of visitor next to the logo of Huawei at the International Consumer Electronics Fair in Berlin in September. Photo: EPA-EFE/FILIP SINGER

North Macedonia has no active 5G network in use as yet. Makedonski Telekom and A1, the two main telecom operators, “currently … are only conducting testing of this new technology”, Saso Dimitrijoski, head of the AEK, said.

But the country as yet has no legal restrictions on which equipment telecom operators should use. That is why, when Makedonski Telekom earlier this year launched a tendering procedure for such equipment, Huawei was seen as a prime contender.

This raised concerns in the government, with its 35 per cent stake in the Makedonski Telekom, and among its members on Telekom’s supervisory board.

“We are not the dominant owner but we are still taking this matter seriously,” a senior representative from the Ministry of Information Technology told BIRN on condition of anonymity.

Unofficially, after receiving reports that Huawei was the best-positioned company to win the Telekom tender, the government’s members on the Telekom board last month raised this issue with the company, calling for restraint until the new, expected legislation is passed.

Dimitrijoski, from the AEK, called on the country’s telecom operators “to practice restraint for now and not rush decisions on purchasing equipment, as this might prove counterproductive if they have to replace it”.

He said AEK plans to organise a public tendering procedure to allocate currently available radiofrequencies to operators – hopefully by this year – but only once all regulation in this field is completed.

A government source speaking under condition of anonymity said the new legislation would likely not explicitly exclude China, or any other named companies, but set rules effectively barring companies with dubious images from applying.

“This could be done by simply setting the rules for participation of companies to a higher standard,” the source noted.

“For instance, it could prohibit companies that have conducted themselves unethically in the past, have no clear ownership structure or which come from the countries lacking proper democratic oversight,” the source concluded. 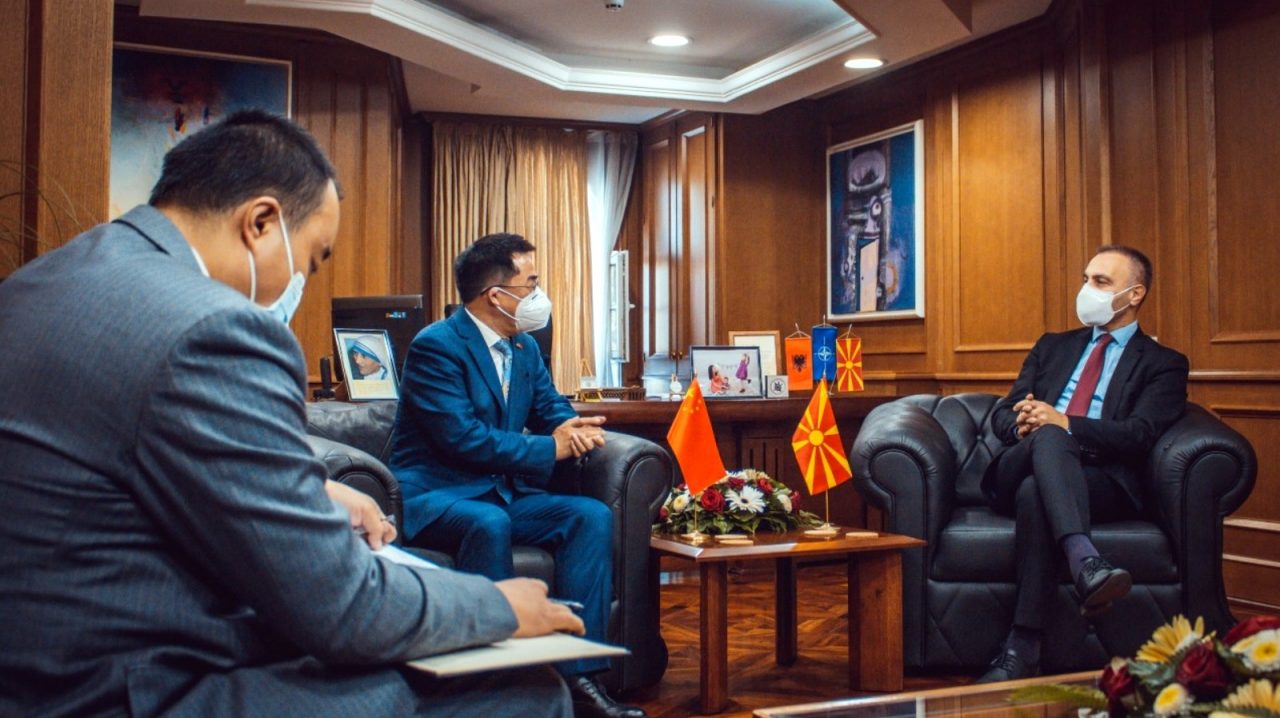 Ambassador rails against US interference

The task of relaying the potentially unpleasant news to China has fallen on Vice Prime Minister Artan Grubi who discussed this issue with the Chinese ambassador, Zhang Zuo, on September 21.

China has traditionally good political relations with North Macedonia, and some of its companies are involved in key infrastructure projects.

North Macedonia tapped into a Chinese loan of 574 million euros fin 2013, to build two important stretches of motorway, for example.

The Chinese construction company, Sinohydro, is still involved in building 57-kilometre highway from the southern lakeside resort of Ohrid to Skopje via Kicevo.

A short government press statement from that September 21 meeting said only that Grubi had “expressed interest about the … motorway and asked for all obstacles to be overcome for the project’s swifter completion”.

It added: “Grubi and Zuo also talked about the strategic electronic communication, the 5G network and the obligations we [North Macedonia] have as a NATO member country towards strategic partners.”

The government is under pressure to finish the highway rapidly after inheriting this long-overdue project from the previous government, which was accused of making many technical omissions during the planning stage.

In an interview for the daily Sloboden Pecat newspaper on September 21, the day of the meeting, Chinese ambassador Zuo made clear his unhappiness.

He accused the United States of trying to supress China’s development by finding excuses to sanction Chinese companies like Huawei, which, as he recalled, had operated successfully in North Macedonia for almost ten years.

“We are firmly against this [US pressure],” the ambassador warned. “China hopes for cooperation with all the countries, including with North Macedonia, not only for constructing 5G networks but also in the area of network security.”