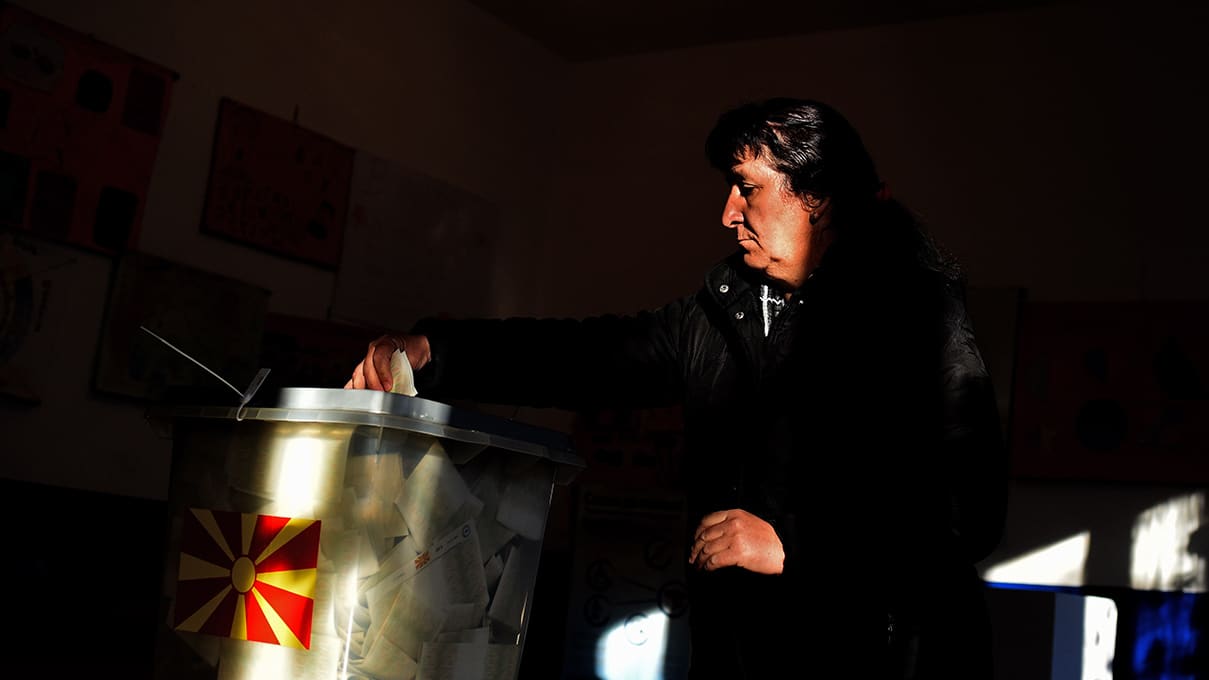 Imprecise rules have allowed a record number of web portals – some with dubious backgrounds – to apply for budget money allocated for political party ads in the forthcoming elections.

The prospect of making a quick buck from budget money intended for election advertising has encouraged a staggering 235 web portals, many with obscure backgrounds and identities, to register at the State Electoral Commission, DIK, for a slice of the pie.

BIRN’s analysis of the DIK list of web portals, published in Macedonian language, reveals that many have questionable professional standards and unclear backgrounds and ownership.

Of the 235 web portals that have registered, 92 do not reveal who the journalists and editors who work there are. Of those 92, effectively hiding their staff teams, 44 publish political news; the rest cover other topics, or have no clear theme.

Most of the portals that did disclose their journalistic teams are run by just one or two persons, it was also noticed. There are also cases where one team of journalists works in several portals.

There is no data about the owners or founders of 19 of the portals that have applied for state cash. They are registered in the United States, Panama, or in other places, by companies that conceal their true owners.

Some 50 of the portals are not even registered with the web domain .mk. Some resemble blogs rather than news sites, and have domains such as .live, .info or just .com.

The April 12 general elections are the second in North Macedonia in which the state budget will cover political party adverts in the media.

North Macedonia introduced this practice for last year’s presidential elections, when 83 portals registered for the cash.

The law allows parties to apply or up to two euros for every voter who voted for them in the last elections. The state plans to reserve about 3.6 million euros for this purpose.

While it is expected that most of this sum will be spent on ads on TV and radio and in newspapers, the rules allow one party or alliance also to spend up to 15,000 euros for promotional purposes in a single portal.

The more portals a publisher registers, the bigger its potential gain.

The head of the State-Anti-Corruption Commission, Biljana Ivanovska, was among the first to warn about the problems arising from these loopholes.

In an interview for BIRN, in Macedonian language, in January, she said only web portals that are already registered with the National Council for the Media, SEMM, should be allowed to register at the DIK list as well.

At the moment, the SEMM register contains 101 web portals that have disclosed ownership and journalistic teams, as well as known price lists. They have also pledged to respect professional and ethical codes.

But when parliament last made changes to the electoral law, last month, it ignored this advice and left the situation as is, meaning that any web portal can be registered without scrutiny.

More than half of all the web portals that have registered for part of the state advertising cash are not on the SEMM list. Among the analysed data from the current DIK register, BIRN observed other curiosities. In few cases, for example, a single publisher has registered several versions of the same portal.

The publisher Prva Republika [First Republic], for example, has registered its site “Republika” three times, counting Macedonian, Albanian and the English versions of the same site as three separate sites. The web site of TV 21, which airs in Albanian and Macedonian, is similarly registered twice.

The DIK register shows a similar trend in several smaller towns, like Ohrid, Kriva Palanka, Delcevo, Valandovo and others, where the same local publishers have registered more than one web portal.

Apart from informative portals, the list also shows that sites that follow sports, lifestyle, and automotive industry have also been registered.