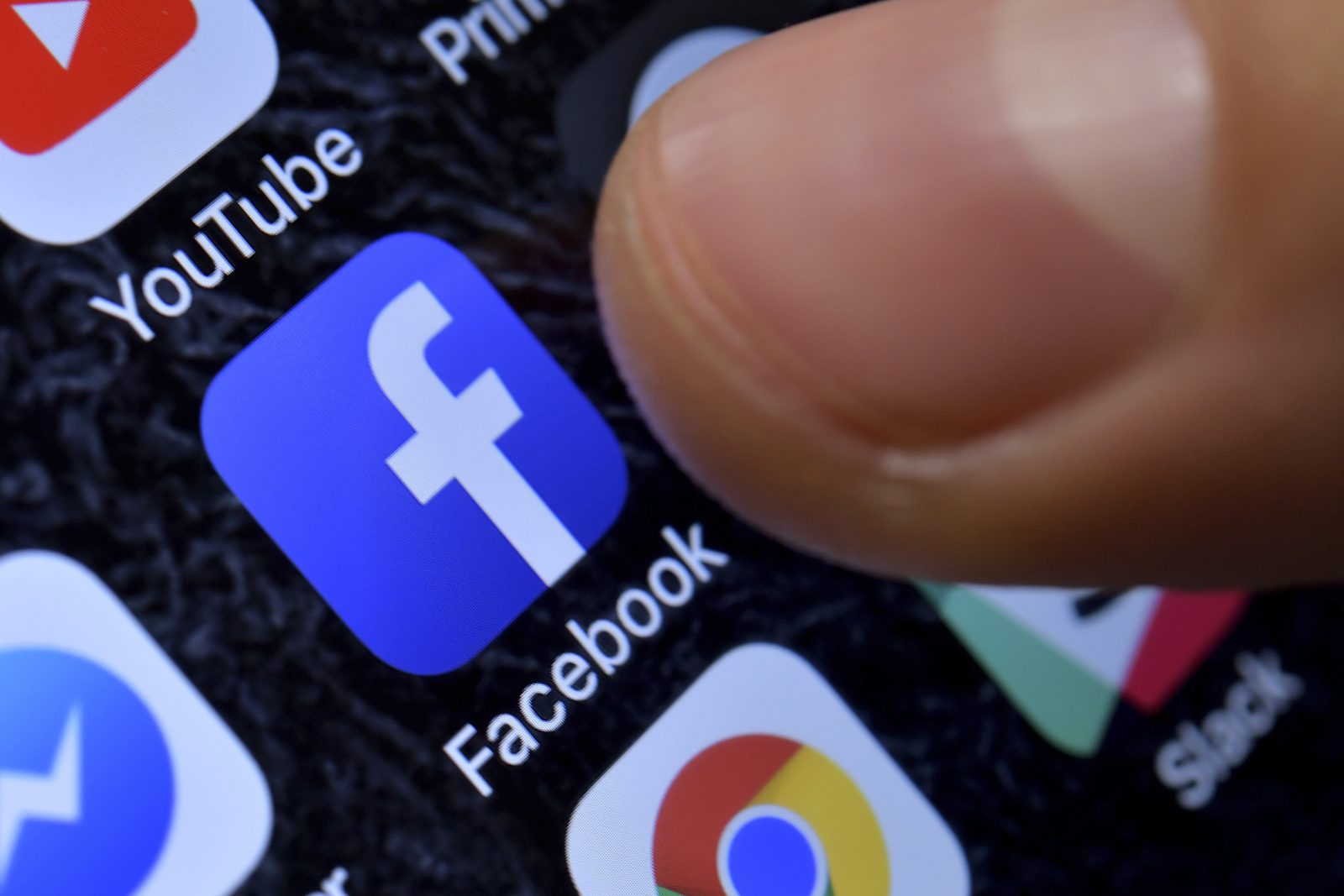 Research by a US-based think tank shows four different networks of Facebook pages amplified content published by at least 10 Macedonian news sites, some of them pro-opposition.

While some of these Facebook “assets” acknowledged their connection to the outlets whose content they were amplifying, others had no known connection.

“The assets also demonstrated signs of inauthenticity, as they were created as various interest pages, but ultimately promoted content from news sites to which they disclosed no connection,” DFRLab said.

It added this was clearly an efficient strategy, as the pages in every network had more followers than the official Facebook pages of the promoted media outlets.

A total of four separate networks or subsets of coordinated Facebook assets were amplifying content published by some of these websites: Republika Online, Kurir, Denesen, News24, Puls 24, Galama Club, among others.

Only one of these is a tabloid. The others publish mostly political content: one of the outlets is openly pro-opposition. The others offer more balanced reporting on internal affairs.

DFRLab research found coordination within networks of pages, but not across the four networks. There was also no sign that North Macedonian media outlets themselves managed the inauthentic networks.

The Facebook pages were created between 2009 and 2018 and were mostly managed from North Macedonia. Some were managed from the US.

According to DFRLab’s research, some of the Facebook pages seemed connected to Adinamic Media, which publishes news sites supporting the main opposition VMRO-DPMNE party.

This media company is believed to have links with the Hungarian pro-government public TV network, Magyar Televizio, MTV.

Researchers said the presence and success of these networks had added to the political polarization in North Macedonia ahead of early parliamentary elections due this year.

“The use of an inauthentic network on social media may enable political forces to mislead people and spread manipulated content to garner voter support, raising a concern on the integrity of the electoral process in the country,” DFRLab said. 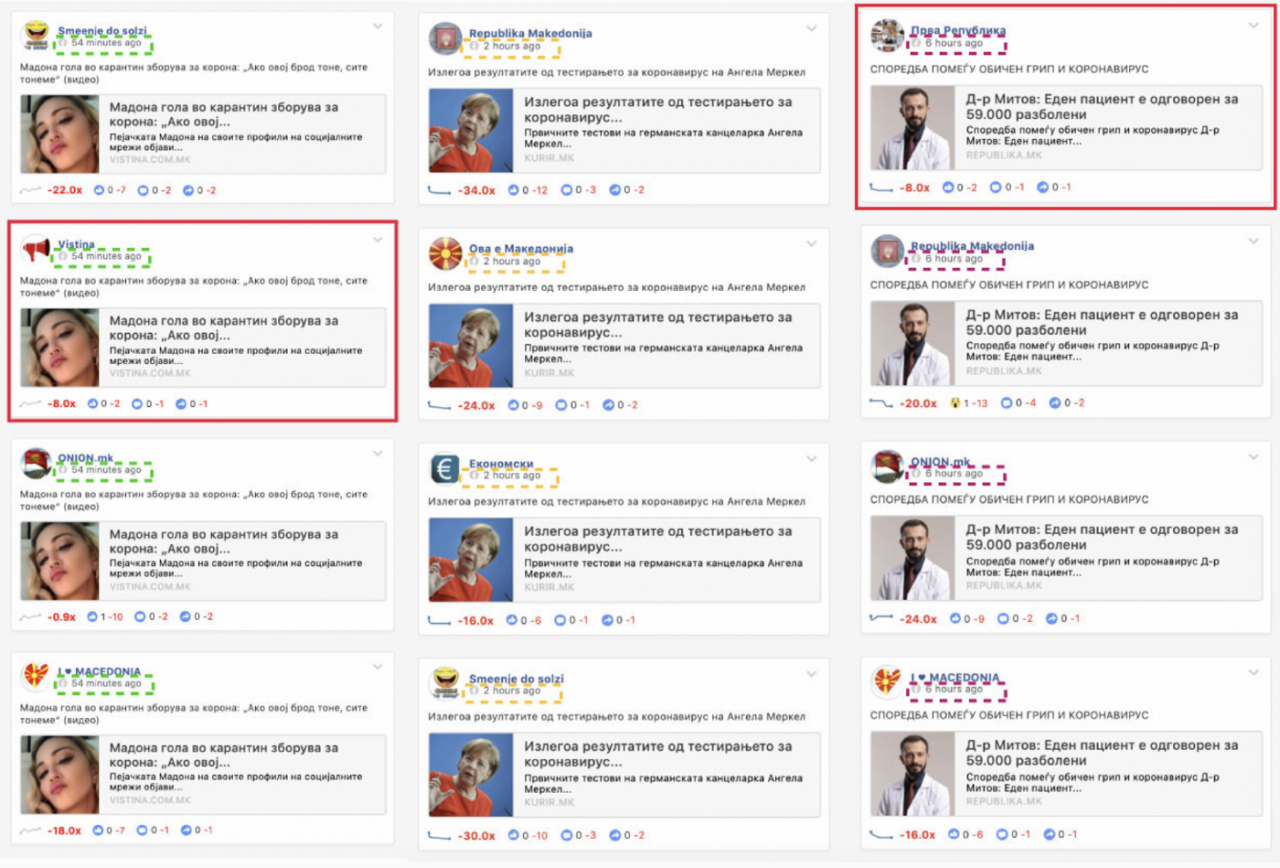 According to the research, the first network consisted of seven Facebook pages that were amplifying articles published by Republika Online, Kurir, Denesen and Vistina.

Vistina is a tabloid and doesn’t cover political topics. The remaining three mainly report on political issues and feature pro-VMRO-DPMNE views. All are owned by the same media holding, Adinamic Media, which is connected to Hungary’s MTV, the report said.

According to the Organized Crime and Corruption Reporting Project (OCCRP), a former senior executive at MTV, Agnes Adamik, established Adinamic Media in 2017. The company then purchased a majority of shares in three media companies in the country, mostly supporting VMRO-DPMNE.

According to some experts, these acquisitions helped Hungary’s Prime Minister, Viktor Orban, expand his and his country’s influence in the Balkans. They also supported his then ally in Macedonia, Nikola Gruevski, who obtained asylum in Hungary after fleeing a prison sentence in his home country in 2018.

The Facebook pages in this network posted almost identical articles and at the same frequency. The total number of followers of the seven pages was more than 690,000, while the official Facebook pages had less than 300,000 followers.

“This may indicate that since these outlets had not been successful in growing audiences for their official Facebook pages, they decided to create coordinated networks to amplify their content,” the researchers say.

As for the third network of pages, the DFRLab researchers found that the “amplifier pages … may be connected to Filip Petrovski, a right-wing presidential candidate in the 2019 North Macedonia presidential elections and a former member of VMRO-DPMNE party”.

Petrovski opposed the country’s change of name to North Macedonia and has called for the cancellation of the related Prespa agreement with Greece, signed in 2018. Petrovski also posts News24 articles on his own Facebook account.

Two pages in this network had names related to Petrovski, and their “about” sections contained details from his biography and political views.

The fourth network of Facebook assets amplified content published by two outlets, Net Medical Diet, which reports on health, and Galama. According to the research, the eight amplifier pages were managed from North Macedonia and from the US.

DFRLab also found five Facebook pages amplifying content from outlets owned by EM media, in which Adinamic Media has a majority of shares.

“Although the DFRLab was not able to identify coordination between them, there is a likelihood that EM Media was using these assets for content promotion,” the report said.