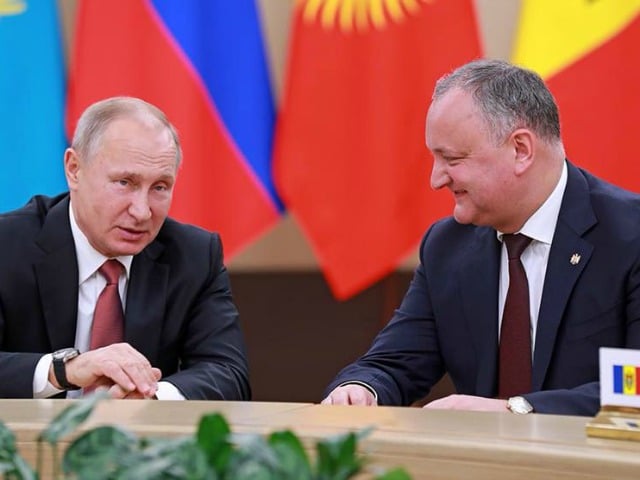 Moldovan politicians are a popular bunch, according to the number of Facebook ‘likes’ they have on their pages – but a media probe suggests all is not as it seems.

Many politicians in Moldova have attracted thousands of “likes” on their Facebook pages, hinting at their great popularity among the masses.

However, a media probe has uncovered that a suspicious number of these “likes” come from far-away countries with which Moldova has little or no connection.

As a result, politicians and some other persons suspected of corruption in Moldova have been accused of buying fake “likes” on Facebook in Asian countries.

One such figure of suspicion is the country’s pro-Russian President, Igor Dodon. After his  Facebook page was checked by the Moldovan media, it appeared that over 7,000 of his 100,000 “likes” were from fans in India.

Ilan Sor, a politician sentenced to seven years in prison for his role in the notorious theft of a billion US dollars from the banking system, is accused of doing the same.

Sor, who is also mayor of Orhei and the leader of the pro-Russian “Sor Party”, has reportedly accumulated a suspicious number of “likes” for his Facebook page from Indonesia, Bangladesh, India, and Pakistan.

About two-thirds of his 51,000 “likes” come from fans in those countries – and less than a quarter from Moldova itself.

The leader of the Action and Solidarity Party, Maia Sandu, is the most popular Moldovan politician on Facebook, with more than 134,000 likes. President Dodon comes second with more than 101,000.

Likes can be easily bought from the Internet just typing `buy Facebook likes` by the help of all sort of website ranging from 70 to 100 US dollars for 5,000 to 10,000 `real likes`.

The cheapest ones to buy are from countries in Asia or Africa, although some IT specialists do not recommend this because of the poor engagement of those users and the consequent dramatic drop-down of the page’s “EdgeRank” – a Facebook internal ranking system used to prioritise posts.