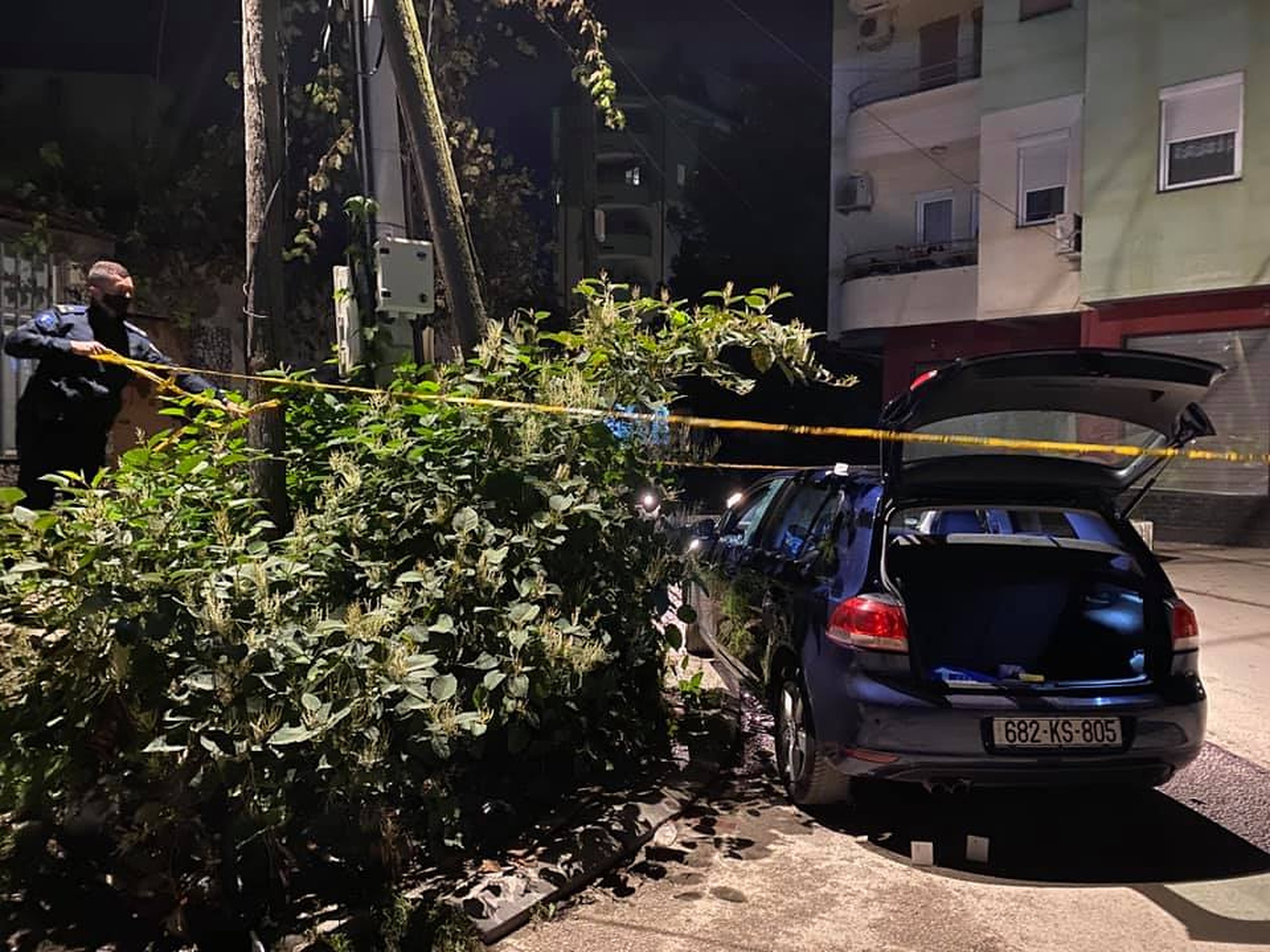 Kosovo civil society and politicians, including the Prime Minister and a former prime minister, have united in condemnation of an attack on a investigative journalist whose car was raked with gunfire on Sunday night just after he parked it.

Shkumbin Kajtazi, from the media outlet Reporteri, said his car “was shot with five or six bullets” at around midnight, after he had parked it in the centre of the northern divided town of Mitrovica, and when he heard shots fired.

“When I approached the place where I had parked, I saw that the car was badly damaged. At first I was convinced it had been hit by something strong, but then I spotted bullet holes and bullets everywhere: in the driver’s seat, on the roof and in the back,” Kajtazi wrote on his Facebook account.

Kajtazi said he had notified the police and attributed the violent attack to his work as an investigative journalist.
Civil society activists, the Association of Journalists of Kosovo, AJK, leading politicians and also citizens took to social media to condemn the attack.

Prime Minister Avdullah Hoti on Facebook on Sunday urged “law enforcement agencies to treat Shkumbin’s case with high priority and clarify the circumstances of the attack”.

“Freedom of media and expression are guaranteed by law and will be protected in every circumstance,” Hoti added, declaring that “attacks on journalists and the media are direct attacks on democratic values, and therefore will be treated with priority by law enforcement agencies”.

Former prime minister Ramush Haradinaj, leader of a junior coalition partner in government, the Alliance for the Future of Kosovo, AAK, shared a photo of Kajtazi on his Facebook account on Sunday evening, slating the attack.

“Freedom is not complete without the freedom of speech,” Haradinaj wrote, adding that this was the second attack on Kajtazi “after constant threats against him”.

Deeming the attack “bad news for our country”, Haradinaj urged the justice authorities to prioritize the protection of journalists, “especially investigative ones”.

The Association of  Journalists of Kosovo, AJK, noted in a press release on Sunday that the police had confirmed starting an investigation. The Mitrovica Region police spokesperson, Avni Zahiti, had told the AJK that “a case has been initiated and is being investigated … At the scene in the damaged vehicle, four bullet shells have been found. There is no data on injured persons”.

Mitrovica Mayor Agim Bahtiri also condemned the act, as did different members of the opposition Democratic Party of Kosovo, PDK, and the Vetevendosje party, civil society activists and citizens.