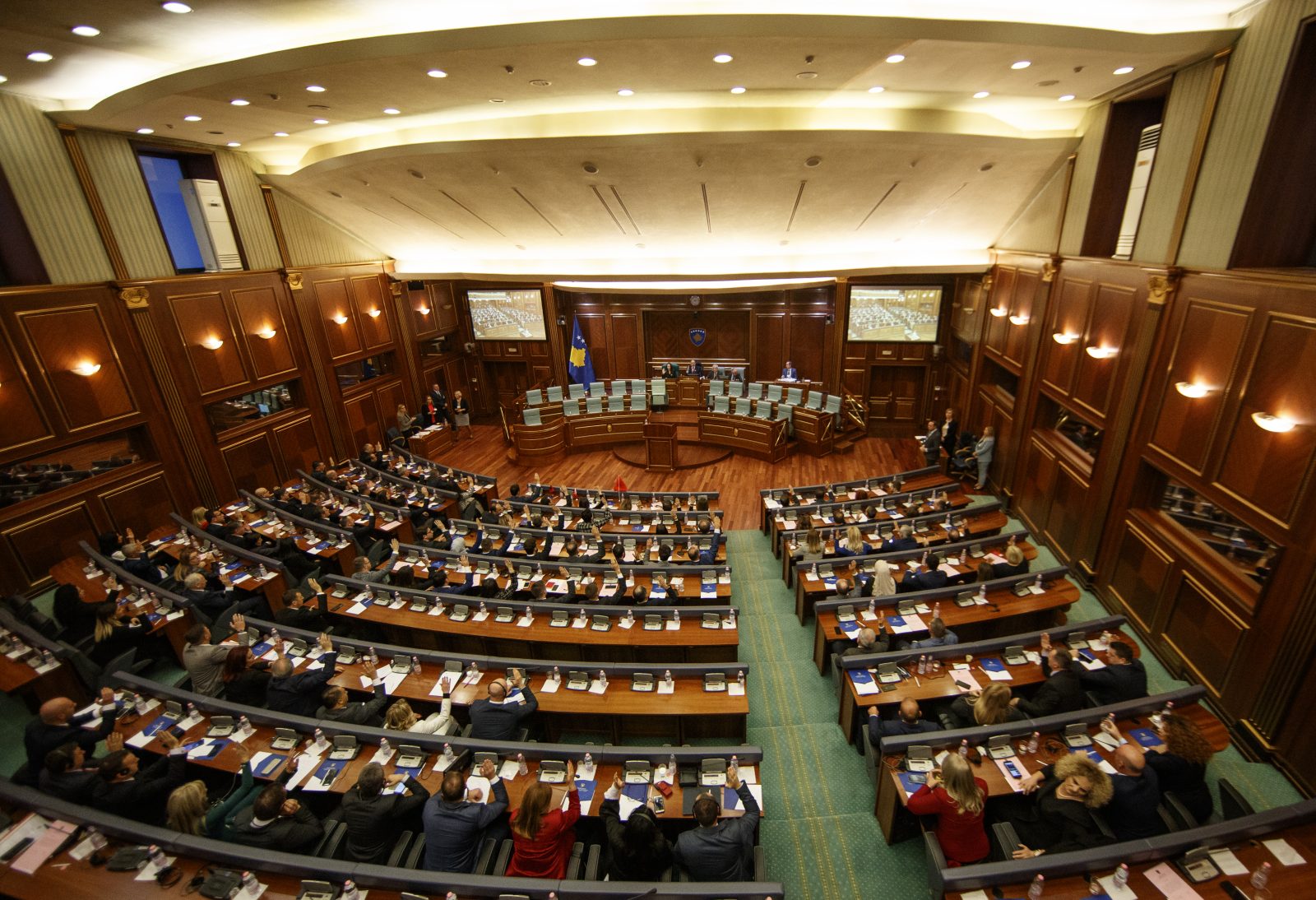 Lawmakers in Kosovo have reneged on a deal with Britain to elect an independent commissioner to protect citizens’ personal data.

Personal data and the right of access to public information remain largely unprotected in Kosovo after parliament failed again to elect a Commissioner for the Information and Privacy Agency, IPA, leading critics to accuse lawmakers of playing politics with citizens’ rights.

The Information and Privacy Agency, IPA, had asked the parliament to give its director, Bujar Sadiku, the powers of the Commissioner of the Agency despite the failed recruitment process for the post.

The request was rejected by the parliamentary Committee on Security Affairs as illegal, however, and civil society groups on Thursday publicly asked the Presidency of the Assembly, especially the Speaker, Vjosa Osmani, to be vigilant and ignore such illegal requests.

On August 14, none of the three candidates for the post received the required 61 votes, the third time in two years that parliament failed to appoint a Commissioner, failure analysts attribute to narrow political interests. The British embassy, which has assisted in the recruitment process, said British experts had been withdrawn.

Flutura Kusari, a legal adviser at the European Centre for Press and Media Freedom, who voluntarily monitored the recruitment process, said the British decision was a good one, but was “bad news” for Kosovo.

“It is not logical financially or politically for an ally to invest this much in a clearly politicised process,” Kusari told BIRN.

In its five years of existence, “the agency has failed from the beginning to protect our personal data,” she said. “If the Commissioner will be politicised, s/he can become a censor of public information, pleasing politicians.” 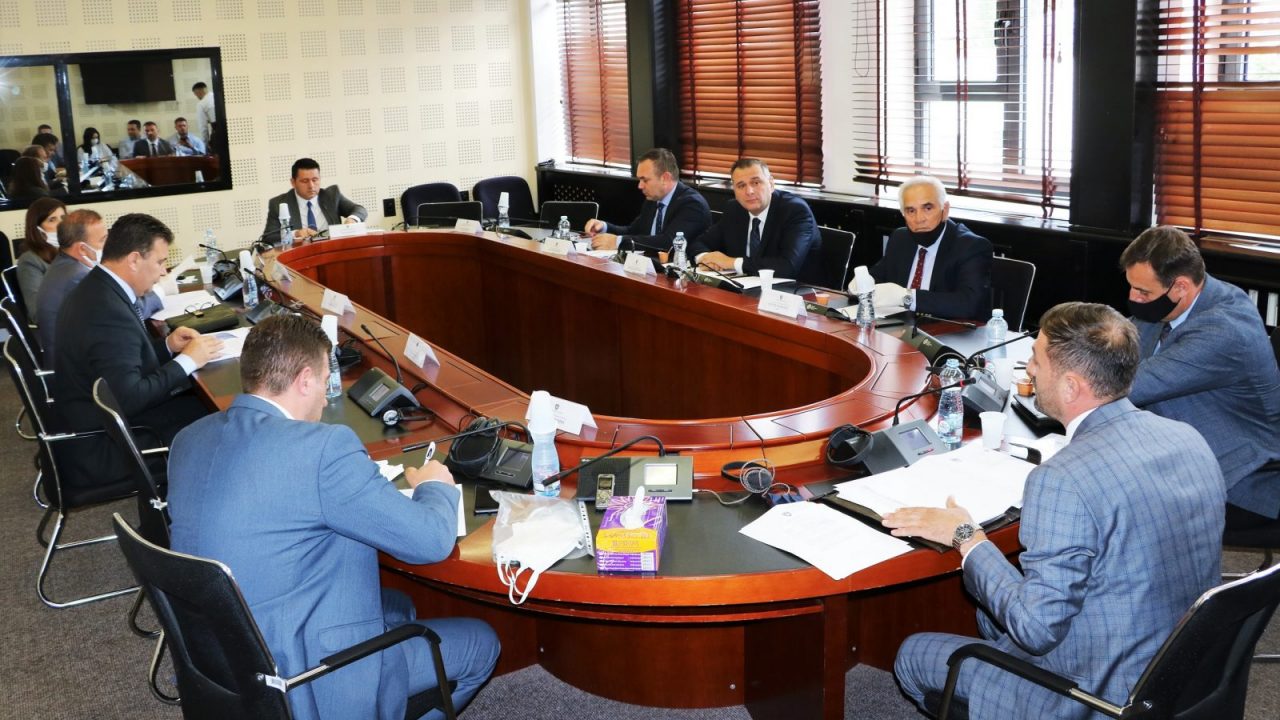 The meeting of the Kosovo Committee on Security and Defence, where the annual report of the Information and Privacy Agency, IPA, for 2019 was reviewed, presented by IPA director Bujar Sadiku, June 16, 2020. Photo: Official Website of Kosovo Assembly.

Without a Commissioner, Kosovo has no institutional mechanism to implement the Law on Access to Public Documents and the Law on the Protection of the Personal Data.

The first two attempts to appoint a Commissioner failed in May and July last year due to the fall of the then government and the dissolution of parliament after the prime minister at the time, Ramush Haradinaj, resigned on being summoned for questioning by war crimes prosecutors in The Hague.

Without a Commissioner, citizens of Kosovo have no institutional means to complain and seek justice if a public or private body violates their rights to protection of their personal data or access to information. Civil society groups say that without an independent overseer, the agency could become biased in fining particular institutions or officials.

Twelve people applied for the position, cut down to five after a review of the applications. Each of the five candidates went through a two-day interview process, after which a commission selected three to be submitted to parliament.

The IPA is unable to impose fines on bodies that violate the law due to the absence of certain internal acts that should be signed and submitted to the government by the Commissioner, Jeton Arifi, head of the Access to Public Documents Pillar at the agency, told BIRN.

If a bank, for example, accidentally or intentionally revealed the account details of a customer, that customer would have to take the bank to court, a lengthy and potentially expensive process during which the bank could continue violating the law.

“The persistent failure to select the head of our authority is continuing to cause consequences in the prolongation of internal processes, which should have been concluded within six months from the entry into force of the relevant law,” Arifi told BIRN. The Law on Personal Data Protection entered into force on March 11, 2019.

Without a Commissioner, the IPA is also unable to hire new staff and has had to halt a twinning project with Germany and Latvia.

“Now everything will start again from zero,” said Fatmire Mulhaxha Kollcaku, who heads parliament’s Committee on Security and Defence and led the interview panel for the Commissioner’s job.

“As long as we don’t have an independent institution with a competent Commission, we have two unenforceable laws,” said Mulhaxha Kollcaku, and questioned how the recruitment process would continue without the British involvement.

The British embassy said on August 17 that it would not spend British taxpayers’ money on repeating a process that had been conducted properly but which failed to end in the appointment of a Commissioner. Under the agreement with the embassy, parliament is obliged to endorse an approved candidate.

“The non-appointment of any of them calls into question the stated commitment of political parties to implement the Memorandum of Understanding (MoU) with the British Embassy, ​​but more importantly, it sends a negative signal to independent professionals in Kosovo and their hopes to contribute in Kosovo Institutions,” the embassy said.

“Any public appointment should take into account only the interests of the country and its citizens, and not the narrow party interest.”

Without the British involvement, politicians can “hijack the process and elect politically involved people with no actual skills for the position,” warned Kusari.

Taulant Hoxha, CEO of the NGO Kosovar Civil Society Foundation, which supports the development of civil society with a focus on EU integration, told BIRN:

“It is painful that the Kosovo Assembly has to sign security agreements with foreign embassies in order to be able to elect a Commissioner. It would make sense if only the human, technical, and methodological resources to be provided with funding from the British Embassy because the Assembly of Kosovo is a new institution.”