INSI: Decline in 2019 Media Workers’ Deaths as They Pull Back from Deadly Conflicts 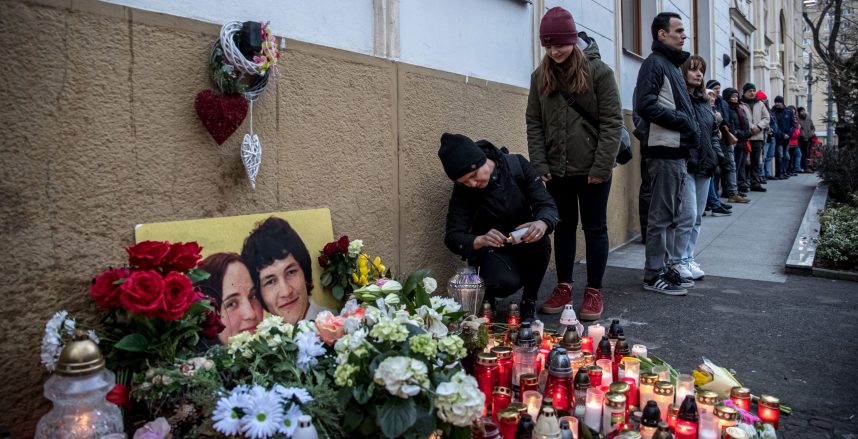 The second anniversary of the murder of Slovak journalist Jan Kuciak, in Bratislava, Slovakia, 21 February 2020. Photo: EPA/Martin Divisek
Last year saw the lowest number of journalists killed in the past 16 years and a breakthrough in investigations into their murders – but that doesn’t mean journalism is a safer profession, says International News Safety Institute.

According to the annual report “Killing the Messenger,” published last Friday by London-based International News Safety Institute, INSI, a total of 48 journalists died in 2019 in incidents and accidents directly related to their work, the lowest number in 16 years.

That does not, however, mean journalists are now safer while doing their jobs, said INSI director Elena Cosentino.

“The decline in casualties was simply because fewer journalists reported from conflict zones in the first place,” Cosentino said.

“Syria, Yemen and Afghanistan were deemed simply too dangerous for either local or international media to cover and were dropped from many outlets’ news agenda.”

Last year also marked the first time in 21 years that no journalist was killed in a foreign country, which comes as a result of media organisations pulling back their staff from the most dangerous places.

All 48 causalities in 2019 were local journalists reporting from their home countries, and the majority of them died while reporting on crime, politics and corruption by unknown perpetrators.

The past year proved partially successful in terms of investigations into the murders of some prominent journalists, including “significant legal developments in the killings of Ján Kuciak from Slovakia; Saudi Arabia’s Jamal Kashoggi; and Daphne Caruana Galizia in Malta,” the report said.

Slovak investigative reporter Kuciak and his fiancée, Martina Kusnirova, were shot dead in their home in February 2018. The trial of four people accused of the brutal killing started in mid-January, while in December another accused was sentenced to 15 years in jail in a separate trial.

Jamal Kashoggi, a Saudi dissident and journalist, entered the Consulate of Saudi Arabia in Istanbul in October 2018 and never came out. At first, Saudi Arabia denied having anything to do with the reporter’s disappearance, but then the authorities finally acknowledged that their own officials were behind the murder. The whereabouts of his body is still unknown.

Daphne Caruana Galizia was a Maltese journalist, writer, and anti-corruption activist who was killed in a car bombing near her home in 2017. Last November, the case saw an important development when the main suspect and alleged sponsor of the crime was arrested. He then accused Keith Schembri, the chief of staff of former Prime Minister Joseph Muscat, of ordering the assassination.

The murder, like that of Kuciak in Slovakia, sparked mass protests that forced the prime ministers of both countries to resign.

However, INSI said that the legal developments happened thanks to the enormous pressure brought by Caruana Galizia’s family and international media coverage.

“Daphne’s case proves that with enough time and pressure even the most powerful could one day be held to account,” Cosentino said.

“As happened in Malta, raising the cost of killing a journalist is the ultimate aim for everyone in the news industry. Despite the progress made in 2019, that still feels like a long way off.”