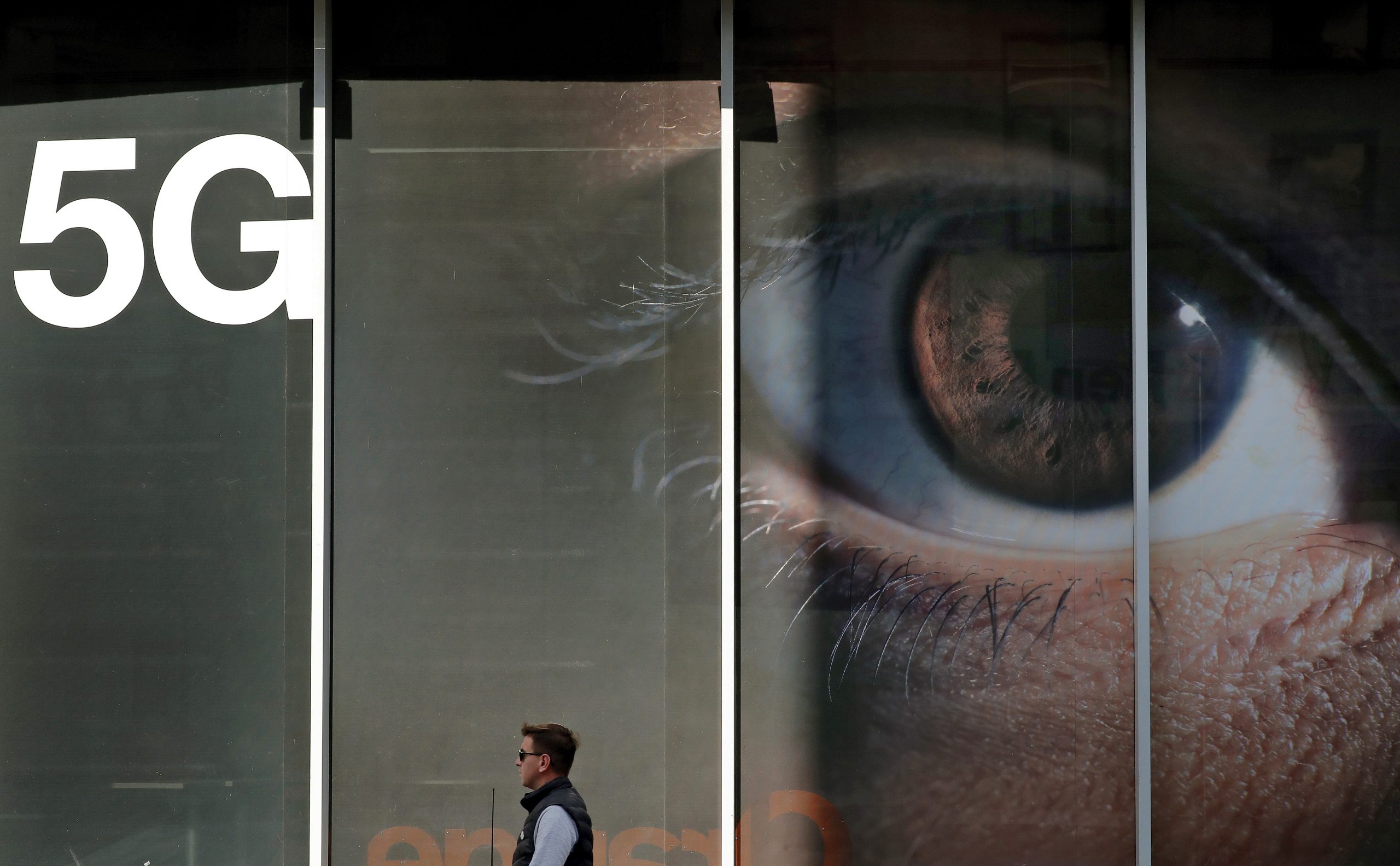 A Romanian man passes in front of a shop window of an Orange store that displays a huge 5G advertisement banner, in Bucharest, Romania, 19 October 2020. Archive photo: EPA-EFE/ROBERT GHEMENT

The Chinese tech giant is battling tooth and nail to stop a bill banning it from developing 5G in the country from getting through parliament.

Between 10 and 12 August this year, the Romanian government websites hosting the draft law that establishes the conditions for eligibility to implement 5G technology in the country – which implicitly bans Huawei – were flooded with suspicious-looking messages.

Signed by users bearing mostly Romanian but also Chinese names, they all expressed the same critical view about the legislation in question: that it would be very unwise to exclude Huawei from the race and that Romania’s interests would be seriously harmed if this happened.

Although citizens had 13 days to make comments on the law, all of these messages were registered over 72 consecutive hours. Before that time, or after it, no such comment was uploaded on the websites.

Most of the messages shared another dubious trait: they were either written in broken English or equally deficient Romanian, which suggested they had been Google translated, produced by some sort of automatic mechanism or filed by people with only a superficial knowledge of either language.

The evidence of what looks like a travesty of a public participation process can still be found at the website of the Ministry of Transport and Communications.

The flood of near-identical messages gives some idea of how aggressively Huawei is fighting its ban in Romania, which responds to national security concerns first raised by the US, which has prevented the use of Huawei technology in sensitive telecommunications at home and wants its allies to follow suit.

The US considers the company “an arm of the Chinese Communist Party’s surveillance state” and the US Department of Justice has indicted Huawei “for stealing US technology, conspiracy wire fraud, bank fraud, [and] racketeering”, among other charges.

In Romania, both the centre-right President, Klaud Iohannis, and his allied government have repeatedly voiced full alignment with the US in this matter. In July 2019, Romania became the first country in the world to sign a Memorandum of Understanding with the US, committing it to barring Huawei from developing its 5G technology.

The draft legislation to materialize this, presented by the government on August 5, effectively bans the Chinese giant from the country by excluding companies with hazy ownership structures or that are controlled by a foreign government, have a history of unethical behaviour or are not subjected to an independent justice system in their home country.

While the final draft awaits a vote in Romania’s parliament, Huawei keeps opposing its exclusion tooth and nail through all the available channels.

Its latest action started on September 11, when the company sent the European Commission an open letter claiming the legislation put forward to ban the company in Romania and Poland was based on “biased and ambiguous criteria” designed to target “certain 5G suppliers because of their geographic origin.”

Huawei called on the Commission to take measures against “these legislative proposals that are contrary to the fundamental principles of the EU”, including non-discrimination, legal certainty and fair competition. 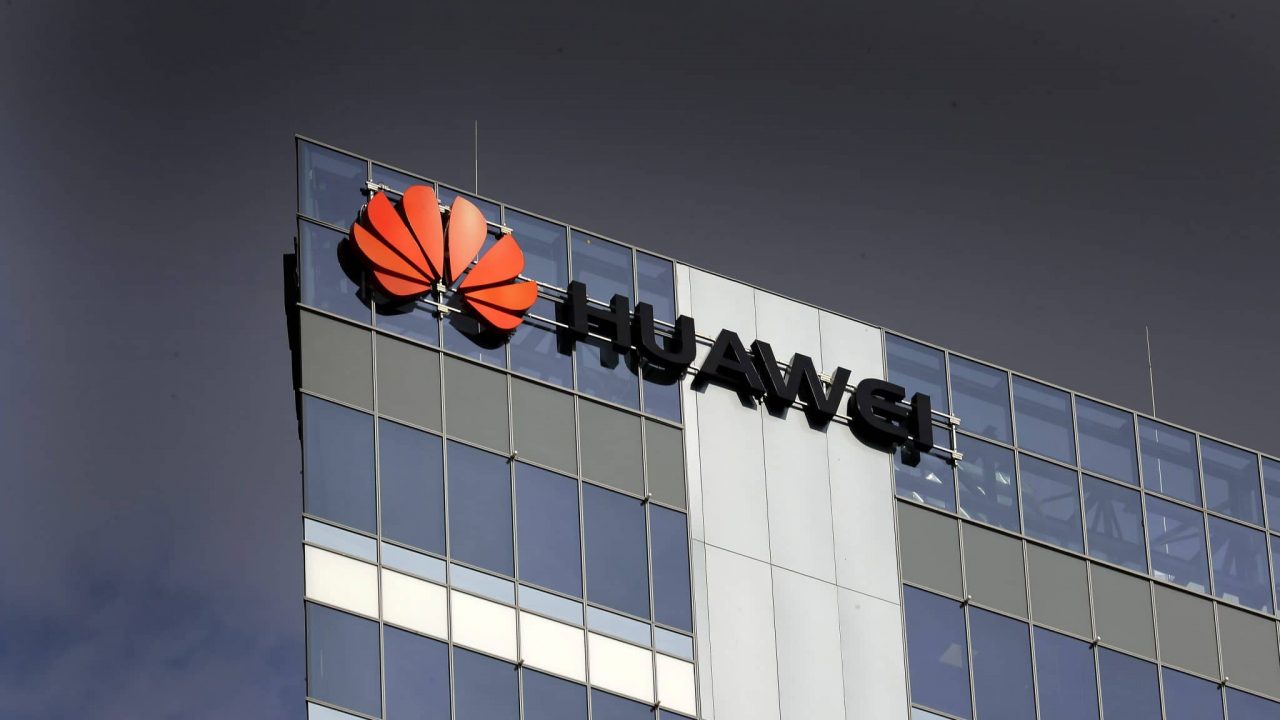 In line with the arguments of the industrially produced comments on the draft law uploaded in August to Romanian government websites, Huawei said its exclusion would “harm European industry, damage European economy, and weaken Europe’s digital resilience” as well as negatively impact job creation – all of it this time in impeccable English.

Huawei is also working on the public opinion front. In recent months, the Chinese giant has published numerous paid content pieces underscoring its importance for Romania’s economy and telecommunications sector, in a bid to gain popular support in its battle to enter the 5G implementation race in the country.

The US ambassador to Romania, Adrian Zuckerman, has fought back, accusing “Huawei and the Chinese embassy” of trying “to mislead the people of Romania” through these actions. The ambassador also reproached “some Romanian press outlets” for “so easily succumbing to the power of the almighty RON [Romania’s currency] and publishing propaganda for these corrupt entities and Communists”.

With upcoming legislative election set for December 6, Romania’s centre-right minority government is running out of time to try to get the Huawei ban adopted in a highly fragmented parliament, where the opposition Social Democratic Party, PSD, has the largest number seats. Most likely, the draft legislation will be voted on during the next term.

Several other EU governments have heeded US warnings and have moved to exclude Huawei from 5G technology development in their countries. Sweden was the last to join a list that includes the UK and several Central and Eastern European states such as Kosovo, Bulgaria, North Macedonia and Slovakia, which in October signed separate agreements with th US on that matter.

Globally, Huawei seems to be relying on a softer US policy to China under a Joe Biden administration to regain access to the foreign 5G markets from which it has been barred, as the company’s vice-president, Victor Zhang, told the UK Guardian in an interview about the Chinese firm’s perspectives in the UK.

In the case of Romania, Huawei’s only hope seems to be that the Social Democrats, now in opposition, prove pollsters wrong and win a fresh majority in the December 6 parliamentary elections.

“We support the memorandum signed with the US on this matter as well as the position of many EU countries; this is, ‘NO’ Huawei for the 5G network of Romania,” USR PLUS parliamentarian Catalin Drula told BIRN. If the PNL does not get a sufficient majority with the support of smaller traditional allies, it might need to form a government with the USR PLUS alliance after December 6.

Less prone to close ranks with the US and the EU, the Social Democrats do not have a clear position on the Huawei file. Contacted by BIRN by telephone, its leader, Marcel Ciolacu, declined to comment on its position on Huawei, or anticipate how will his party vote when the 5G law reaches parliament: “Let’s wait to see the body of the law and then I will give you an opinion,” he said.