How To Prepare Your Investigation 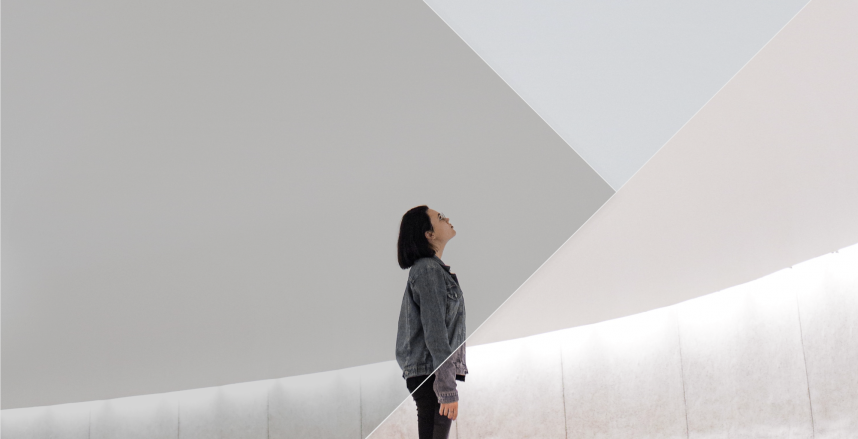 Here is an easy step by step guide to formulating an investigation.

Films such as All the President’s Men have shaped how the public, and even many reporters, view the work of investigative journalists.

Hollywood screenwriters would have you believe it is a shadowy world of clandestine meetings, codenames and tussles with the security services.

A tiny minority of stories do play out like movies – we have, after all, had cinema adaptations of the Edward Snowden leaks and The Guardian’s relations with Wikileaks recently – but most investigative journalism is much more mundane, although no less important.

You will need to work hard to develop your sixth sense – your ability to spot the unusual, the unexplained or patterns that will lead you to your next investigation.

It helps to be inquisitive and curious by nature, but you can teach yourself to sniff out those great untold stories.

Here are a few tips to build up your skills.

To be an investigative journalist you must be able to quickly spot the unusual – what I call “smell a rat”. Without that sixth sense, stories will pass you buy and you will miss key details in your research.

Part of this skill comes from practice, but the tips in this chapter should help you sharpen your eye to those potential story ideas.

Take a careful look at this press release from the EU Rule of Law Mission and ask yourself whether there is more to this story than meets the eye:

The press release appears to a pretty standard announcement of an indictment for an unremarkable crime, until you reach the second to last line.

When I read this, the immediate question which jumped out of the page was what kind of person would own at least 1.3 million euro worth of jewellery, travel with it and then leave it in a hotel room? The answer is someone who is grossly rich with perhaps a reckless approach to security.

After obtaining further court documents, BIRN was able to confirm that the victim of this crime was the son of the Kurdish President, who had been gambling in Barcelona’s casino during an extended stay. This raised further questions about how he had accumulated such wealth and what he was doing in Barcelona.

An alternative investigation which reporters could have carried out would have delved into how this Balkan gang was operating in Barcelona, whether this was a one-off, how they operated and whether they were connected with other Balkan organised criminals, such as the notorious Pink Panthers.

Spotting the unusual, understanding the usual

As demonstrated by the previous example, a key part of investigative journalism is spotting the untold and unusual. You should be alert to this as you walk to work, attend a press conference or pour over thousands of pages of government paperwork.

Often, what is “unusual” will be very obvious – although it is by no means certain that journalists will follow it up. In a case involving the EULEX press release, we can all agree that it is unusual for someone to travel with 1.3million euro of jewellery. But, sometimes what is common and uncommon isn’t immediately apparent, particularly if you do not know the field well.

To spot the unusual, you must first understand what is usual in a certain context.

For example, it is usual for companies operating in the construction sector in Albania to be registered locally. It would be unusual if one of these is registered in the British Virgin Islands and if you discover this you should investigate.

The best way to increase your chances of spotting a story is to be well acquainted with the field you’re looking at and/or speak to someone who is.

It is impossible to build an exhaustive list of the “unusual” as each case is context-specific and you must let your journalist nous and common sense guide you to some extent but here are three red flags to look out for:

RED FLAG The presence of offshore companies: This is a tell-tale sign that something untoward is going on

RED FLAG Secretive and opaque processes:  Where there is secrecy, a lack of transparency and money, there tends to be corruption – you only have to look at FIFA, or the scandal surrounding British MPs’ claims for expenses (to get taxpayers to pay for a duck house on a private lake or have a moat dredged!). When there are secrecy and haste in a particular process (the awarding of a mining licence or tender for example), this should also ring alarm bells.

Spotting the unreported in the reported

Many great investigations are hidden in plain sight. By that, I mean that all of the information is publicly available, often accessibly online and sometimes already in the media, but the full picture has not yet been pieced together.

This is often because journalists have failed to ask essential questions, hastily dispatching stories for a daily deadline.

You will, therefore, find many great leads for investigations in the unfinished work of your colleagues.

Another useful technique to hone in on an investigation or to expand the scope of the story is to look for a pattern of events.

To do this you need to dissect the information you have, breaking it down into its most basic form. For a suspect tender, this would mean compiling a spreadsheet of the companies involved, owners, officials, addresses, telephone numbers and lawyers, for example.

You can then look at other tenders involving one or more of the elements above.

So you’ve spotted something unusual which has piqued your interest and after some basic research, you are beginning to form a picture in your head of what the story could be. This picture, or set of scenarios, is the beginnings of your investigative hypothesis.

Over the next few days or weeks, you will need to test this hypothesis and ask some searching questions about what the story is, how much it will cost to carry out, how much time is needed, what are the logistics of contacts and travel, and whether it is in the public interest.

At the end of this process, you will form an investigative hypothesis – combined with your minimum and maximum story which we will explain shortly – which will guide you throughout the investigation, providing you with clear demarcations of what your story is about and where it is heading.

Initial research to create a list of facts, and assumptions

Once you have a potential story, you need to refine it through some basic research. This will help you understand if your story is worth pursuing and to frame it. The time needed for this initial scoping will depend on how much you already know about the subject and its complexity.

The research should include:

Create a list of bullet points which summarises your initial findings. These will allow you to later form your hypothesis.

Before you begin your investigation and frame your hypothesis, it is essential to ask yourself what documents are available and where you will find sources.

There is little point aiming for a story which you know will not be provable. This is not a time to be despondent about the lack of information available, but to carefully consider what you can reasonably expect to achieve.

Draw out a rough timeline of events, or a flowchart of how the system works, listing documents and people at each stage who are involved or will have knowledge of this. In this chain of events, look for the weakest links i.e. people who are most likely to talk.

Here is a helpful list of questions to use as a checklist.

Your hypothesis is what you are seeking to prove (or disprove) and therefore will guide you through your investigation, who you will contact, which documents you will seek.

It is an extremely useful device to focus your thoughts but also to explain to your editor and collaborators what you are doing. Get your hypothesis right, and pitching your idea should be easy.

Many fields use a hypothesis to frame their work, from scientists to police officers, which is then tested throughout the research or investigation.

You will need to think carefully about what kind of information is available and how you will obtain it as there is little point setting a hypothesis which cannot be proved through journalist endeavour.

Your theory should provide answers  to the classic what, when, who, why and how questions based on your initial research and your hunch.

Your hypothesis, in this case, may be that the contract was awarded because of the friendship, but do think carefully about how you can prove it.

Define your maximum and minimum story

Investigations are complex and unpredictable, making it impossible to accurately predict the outcome, particularly as you rely on sources and public bodies which are beyond your control.

Even the best reporters using all the tools available to them need a bit of luck, particularly as cost and time constraints must be taken into account.

As a result, it is important to create a safety net by setting a minimum story which you can publish even if sources fail and documents do not materialise.

If your minimum story is still worthy of publication, then your project will not fail even if luck is not on your side.

Equally important is setting your maximum story. This provides you with your ultimate ambition if you collect all the documents you planned and all of the sources speak out.

With a hypothesis, minimum and maximum story pencilled out, you are ready to pitch your story to your editor and convince him or her that you really need to be taken off the daily news agenda to.

At this stage you know you have a story and you have successfully pitched it to your boss. It is time to create a research plan.

You should start by breaking down your story into stages in the process or events in a timeline.

From there, note what documents are created and used at each stage, who is involved in the process and who else would have access to the information.

Most stories can be broken down in this fashion, but if not then try to imagine all the interactions your person or company has with individuals, other companies and institutions (from the United Nations to small municipal councils). Make a note of these and the potential to obtain information.

You should then analyse each stage to determine to weakest links in the chain. Which institutions are likely to provide you with documents? Which individuals are likely to talk to you?

You should also consider the difficulty and time in obtaining the information or contacting people, (for example, Freedom of Information requests).

Write out your research plan (using a spreadsheet works well) and share it with your colleagues.

This article is originally published in BIRN Albania’s ‘Getting Started in Data Journalism’.