Blake Morrison: How to Focus a Story? 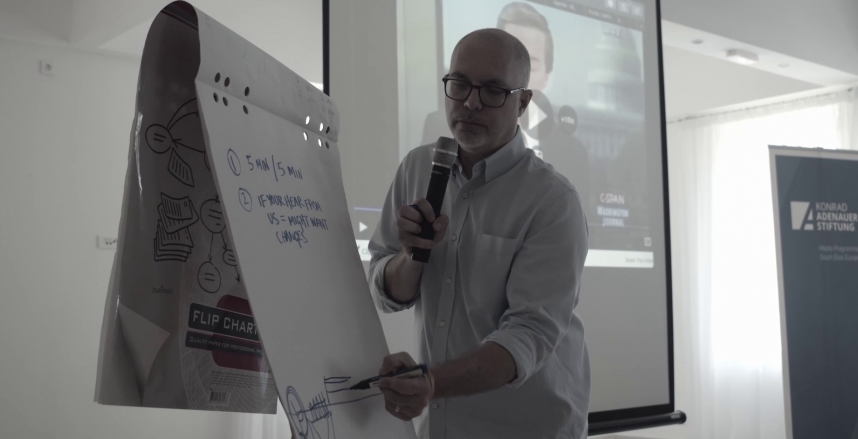 Blake Morrison, Investigative Projects Editor at Reuters on the importance of focusing investigative projects and how “focus keeps us dead set on looking for information that pertains to the subject.”

“Focus keeps us dead set on looking for information that pertains to the subject, where after that [comes] the understanding of who does what when and why.”

The focusing part, according to Morrison, comes early in investigation, with the first hypothesis or question that journalists ask. “And then we ask ourselves, how do we make that as succinct as possible, if we were to state that, say, in six words,” he said.

Journalists tend to make a lot of mistakes while trying to focus a story. One of the biggest is sticking to that first hypothesis: thinking you know what you’re going to find and then just trying to find it, no matter what, even if it’s not there.

“When we start an investigation we don’t know what we’re necessarily going to find … the best journalists are the ones who are capable of constantly assessing their focus and refocusing their investigations, as the evidence warrants,” he said.

Morrison believes that flexibility is crucial in each investigation. That means looking at the evidence, the interviews, and the documents and videos, and asking what is it that all of this is proving – or is it just playing to the journalist’s own suspicions?

“But do they help me get to the root of what’s going on and prove beyond any reasonable doubt what’s happening here – so that when people who come to this story, and might not agree with what they’re seeing in print at first, read it, they’ll say: ‘Wow, they proved to me that this is truly happening,’” Morrison said.