Fakebooks in Hungary and Poland 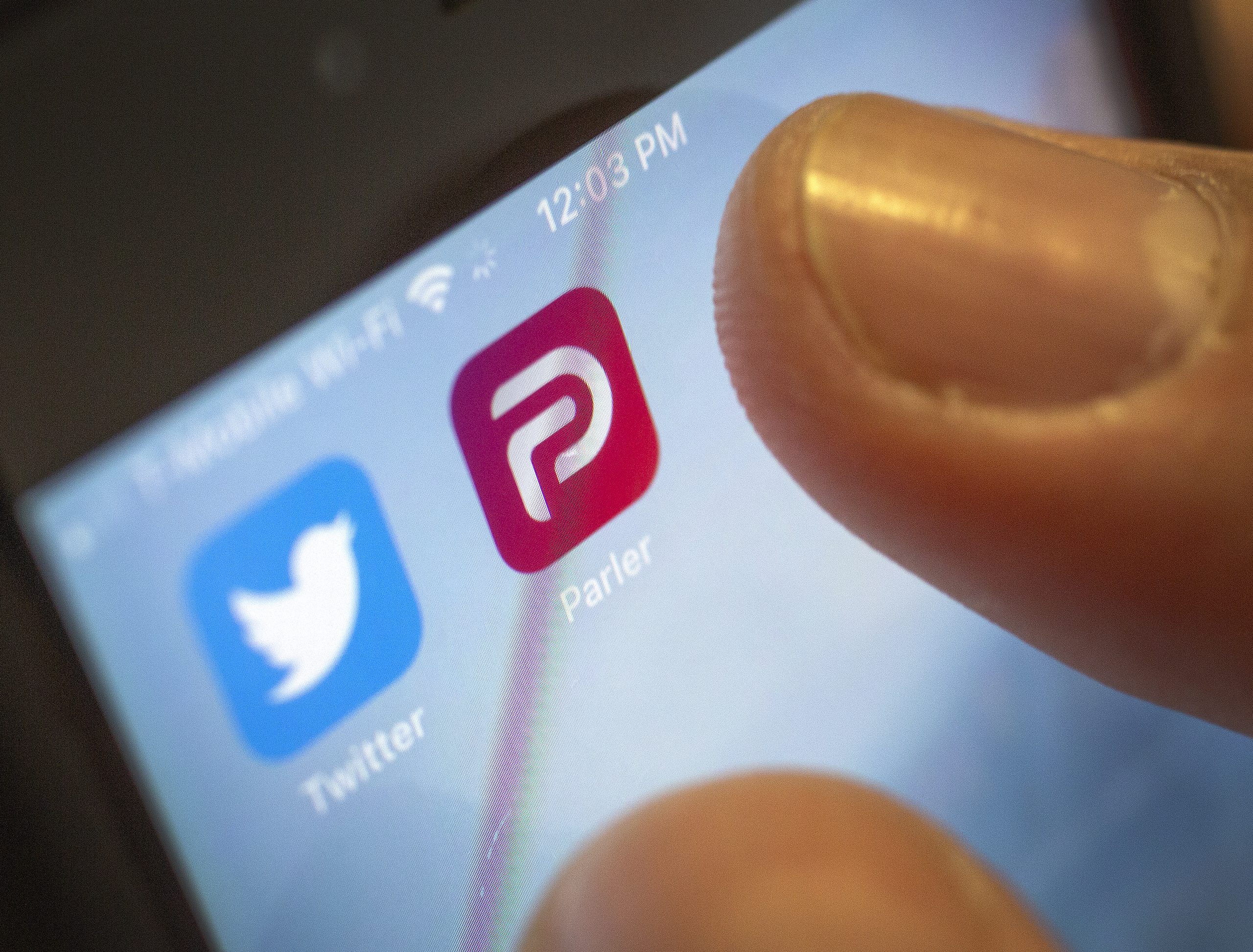 A person tries to access his Parler app account on his phone, in Hialeah, Florida, USA. Photo: EPA-EFE/CRISTOBAL HERRERA-ULASHKEVICH

Local versions of Facebook have been launched in Poland and Hungary, though experience shows that technology ventures conceived with politically biased and nationalistic motives rarely succeed.

Poland and Hungary have seen the launch recently of locally developed versions of Facebook, as criticism of the US social media giants grows amid allegations of censorship and the silencing of conservative voices.

The creators behind Hundub in Hungary and Albicla in Poland both cite the dominance of the US social media companies and concern over their impact on free speech as reasons for their launch – a topic which has gained prominence since Facebook, Twitter and Instagram banned Donald Trump for his role in mobilising crowds that stormed the Capitol in Washington DC on January 6. It is notable that both of the new platforms hail from countries with nationalist-populist governments, whose supporters often rail against the power of the major social media platforms and their managers’ alleged anti-conservative bias.

Albicla’s connection to the ruling Law and Justice (PiS) party is explicit. Right-wing activists affiliated with the PiS-friendly weekly Gazeta Polska are behind Albicla, whose name is as obscure to Poles as it is to the international reader, although Ryszard Kapuscinski from the Gazeta Polska team claims it is an amalgamation of the Latin phrase albus aquila, meaning “white eagle”, a Polish national symbol.

The activists say Albicla is a response to the “censorship” of conservative voices by the global internet giants. “We have disturbed the powerful interests and breached the walls of the ideological front that is pushing conservative thinking to the sidelines,” Tomasz Sakiewicz, editor-in-chief of Gazeta Polska, wrote on Thursday, the day after the new portal was launched.

“Not all the functionalities are ready because we wanted to launch the portal in the last hour of the rule of the leader of the free world,” Sakiewicz continued, referring to Trump’s last day in office on January 20. “It is now up to us to ensure this world continues to be free, particularly online.”

The origins of Hundub – forged from the words “Hungarian” and “dub”, which also means “beehive” in ancient Hungarian – are less clear. Until recently, Hundub was owned by Murmurati Ltd, an offshore company registered in Belize, but it pulled out last week and Hundub’s founder, Csaba Pal, announced it would be crowdfunded from now on.

The December 6 launch of Hundub received little attention until the government-loyal Magyar Nemzet began acclaiming it as a truly Hungarian and censorship-free alternative to Facebook, which, the paper argues, treats Hungarian government politicians unfairly. Prime Minister Viktor Orban was one of the first politicians to sign up to Hundub, but all political parties have rushed to register, starting with the liberal-centrist Momentum, the party most favoured by young people.

Pal – a previously unknown entrepreneur from the eastern Hungarian city of Debrecen – said his goal was to launch a social media platform that supports free speech, from both the left and right, and is free from political censorship. “The social media giants have grown too big and there must be an alternative to them,” Pal told Magyar Nemzet, accusing the US tech company of deleting the accounts of thousands of Hungarians without reason.

While it’s unclear whether there is any government involvement in Hundub, its launch is proving handy for the prime minister’s ruling Fidesz party in its fight against the US tech giants. Judit Varga, the combative justice minister, regularly lashes out at Facebook and Twitter, accusing them of limiting right-wing, conservative and Christian views. Only last week, she consulted with the president of the Competition Authority and convened an extraordinary meeting of the Digital Freedom Committee to discuss possible responses to the “recent abuses by the tech giants”. 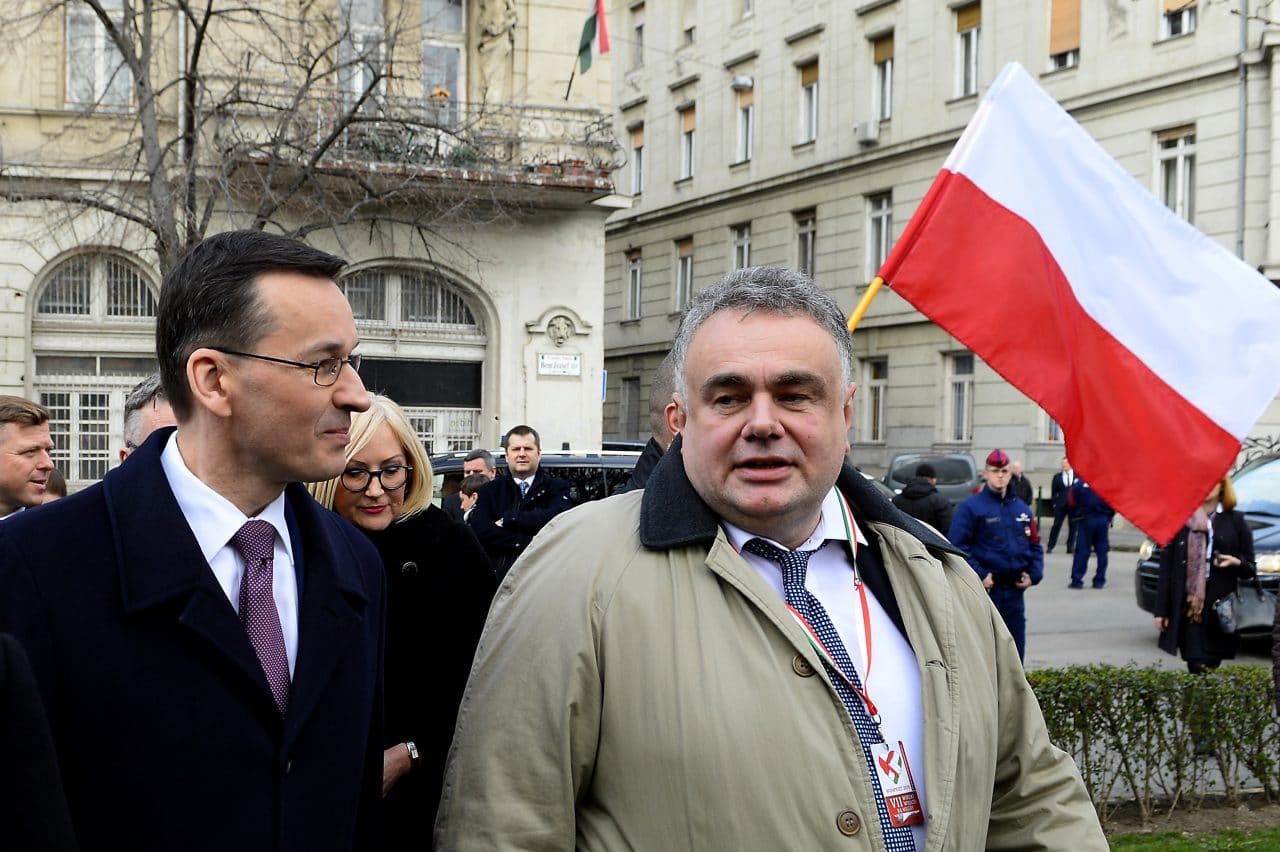 Unfortunately for the Polish and Hungarian governments and their supporters, rarely have such technology ventures succeeded.

Eline Chivot, a former senior policy analyst at the Center for Data Innovation, said government-backed ideas such as the recent “French Airbnb” are destined to fail from a lack of credibility, because they are based “on politically biased motives and a misguided application of industrial policy, [and] seek to dominate a market that is no longer up for grabs”.

Indeed, Albicla became the butt of jokes immediately upon its launch as users pointed out the numerous security and functionality flaws. Among them, some of the regulations of the new website were apparently copy-pasted from Facebook, as they included hyperlinks to Mark Zuckerberg’s site; more concerning, it was possible to download the entire database of users the day after launch.

Trolls immediately took advantage of the site’s shortcomings to ridicule it, with countless fake accounts set up for Pope John Paul II, Trump and PiS politicians. Despite it being set up as an “anti-censorship” space, many users have complained of being blocked for unclear reasons in the few days since launch.

“Albicla is an ad hoc initiative by the Polish supporters of Trumpism in direct reaction to the banning of Trump from social media platforms: it’s equivalent to right-wing radicals in the US moving to Parler and other such platforms,” Rafal Pankowski, head of the Warsaw-based “Never Again” anti-fascist organisation, told BIRN.

Pankowski points out there have been similar initiatives before, including stabs at creating a “Polish Facebook”, that were unsuccessful, though there exists a local alternative to YouTube, wRealu24, which the expert describes as “virulently anti-Semitic and homophobic” and whose popularity cannot be ignored.

Likewise, Hundub has been roundly mocked. Critics point out it is just a simplified version of Facebook that looks rather embarrassing in technological and layout terms. It has the same features as Facebook – you can meet friends, share content, upload photos and videos, and, as an extra feature, there is also a blog-format where you can publish your own stories uncensored. Even the buttons are similar to those Facebook uses.

Hvg.hu recalls that Hungarians actually had their own highly successful pre-Facebook called iWiW (an abbreviation of “International Who Is Who”), which was launched in 2002 and became the most popular website in Hungary between 2005 and 2010 with over 4.5 million registered users. Alas, competition from Facebook forced it to close in 2014.

It is unlikely that Hundub will be able to challenge Facebook’s dominance, but media expert Agnes Urban from Mérték Research said in an interview that Hundub could be used by Orban’s Fidesz party to rally supporters before the 2022 election and create an enthusiastic community of voters.

Founder Csaba Pal also explained that his aim is to create a social media platform for all Hungarians, meaning ‘Greater Hungary’ with its ethnic brethren in parts of Serbia, Romania, Ukraine and Slovakia.

Hungarian politicians, from left and right, are very active on Facebook and, to a lesser extent, on Twitter. Prime Minister Orban, initially wary of digital technology, now leads with over 1.1 million followers on Facebook and has even chosen to announce a number of policy measures during the pandemic on his page.

Justice Minister Varga and Foreign Minister Peter Szijjarto, notwithstanding their frequent outbursts, are both avid users of Facebook. It is not known whether any of their Facebook activity has been censored or banned; the business news site Portfolio recalls that the only political party to have been banned is the far-right Mi Hazánk party, whose leader, Laszlo Torockai, also had his account deleted. No doubt they will able to start afresh on Hundub.

Albicla also stands to benefit from its close connections to the Polish government, which since coming to power in 2015 has bolstered the pro-government media via mass advertising by state-controlled companies.

According to research conducted by Kantar this summer, the 16 state companies and institutions analysed by the consulting firm increased their advertising budgets to Gazeta Polska by 79 per cent between 2019 and 2020 – a period during which most media have lost advertising due to the pandemic. Gazeta Poska Codziennie, a daily affiliated with the same trust, has seen similar gains. And the foundation of Gazeta Polska editor-in-chief Tomasz Sakiewicz has also benefitted from state funds to the tune of millions of zloty.

By contrast, since PiS came to power, the media critical of the government, such as Gazeta Wyborcza, have seen their revenues from state advertising slashed.

In 2019, Gazeta Polska made international headlines when it distributed “LGBT-free zone” stickers with the magazine, in a period when PiS counsellors across Poland were starting to push for the passing of resolutions declaring towns “zones free of LGBT ideology”.

Despite the hiccups at launch, Albicla was immediately endorsed by high-level members of the government, including Piotr Glinski, the Minister of Culture and National Heritage, and Sebastian Kaleta, a secretary of state at the Ministry of Justice.

Kaleta is also the man in charge of a new draft law on the protection of freedom of speech online, announced in December by the Justice Ministry, which would prevent social media companies from being able to remove posts or block accounts unless the content is in breach of Polish law.

The International Network Against Cyber Hate (INACH), an Amsterdam-based foundation set up to combat discrimination online, has argued that “over-zealous” policing of harmful speech is not an issue in Poland and that the new Polish law might mean, for example, that online attacks against the LGBT community – which are not covered by national hate speech legislation – might go unpunished.

And where might those online attacks against the LGBT community be disseminated? Albicla, perhaps.