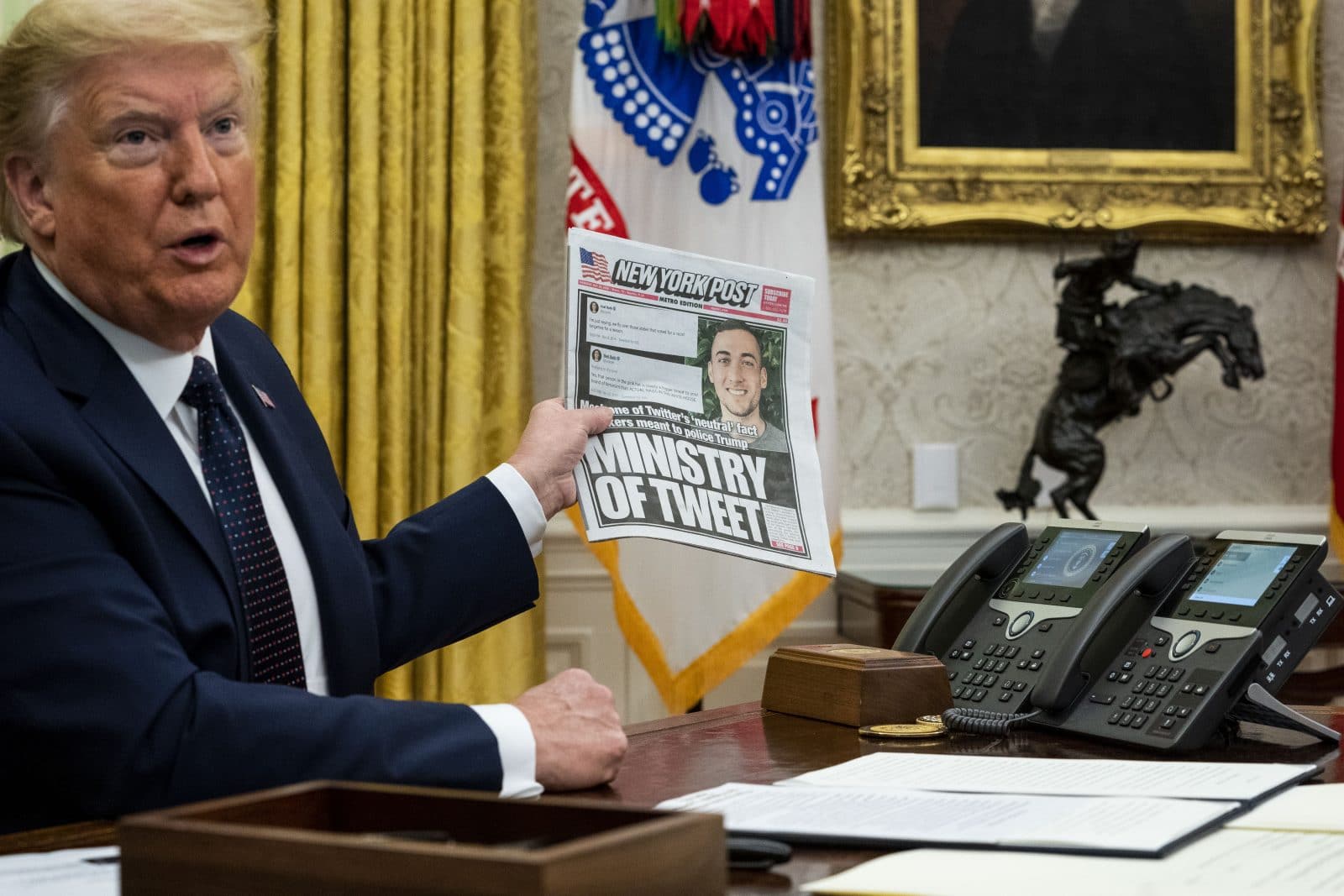 US President Donald Trump before signing an executive order designed to punish Facebook, Google and Twitter for the way they police content online, May 28, 2020. Archive photo: EPA-EFE/DOUG MILLS/ POOL

The social network giant said it had removed 35 accounts on Facebook and 88 on Instagram based in Romania that had presented “coordinated inauthentic behaviour”, producing content in support of Donald Trump’s re-election.

Facebook on Thursday announced it had removed dozens of accounts on Facebook and Instagram operated by people in Romania who claimed to be American supporters of US President Donald Trump, Reuters reported. A few Trump fan pages also created in Romania were shut down as well.

“The people behind this network used fake accounts – some of which had already been detected and disabled by our automated systems – to pose as Americans, amplify and comment on their own content, and manage Pages including some posing as President Trump fan Pages,” the document concluded.

Besides hiding their real locations, some of the cancelled accounts presented “coordinated inauthentic behaviour” that violated the platforms’ rules, Facebook said. Some of the accounts were run by the same persons, using multiple fake identities, for example.

The accounts promoted stories backing Trump’s re-election in November and stressing the support he was allegedly receiving from conservatives, black Americans, Christians and followers of the so-called QAnon conspiracy theory, Reuters said.

QAnon conspiracy followers believe Trump is waging a secret war against an elite of Satan-worshipping paedophiles operating in government, business and the media.

Facebook security policy head Nathaniel Gleicher said the company hadn’t determined yet if the Romanian group was motivated by money, ideology or a government directive.

“This activity originated in Romania and focused on the US. We found this network as part of our investigation into suspected coordinated inauthentic behavior ahead of the 2020 election in the US,” the company added.

The reach of the scrapped accounts seems to have been small, as they were followed by no more than a few thousand other accounts.