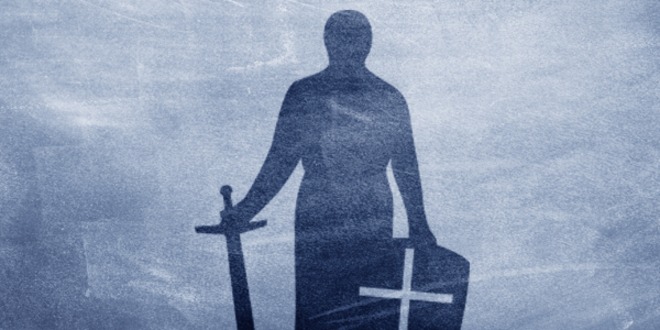 The social media giant has removed a network of pages, with millions of followers, tied to the Knights Templar International, a ‘Christian militant’ organisation active in the Balkans.

Facebook has taken down at least 14 pages identified in a BIRN and BBC collaboration as linked to the Knights Templar International, KTI.

KTI – which calls itself “a living shield and sword for the defence of Christian communities and the upholding of Christian principles” – has boasted about how its vast network of social media pages helped to elect Donald Trump as US President and swing the UK referendum on leaving the European Union.

Current news feature items on its website hail “a huge drop in abortions in Russia” and the upcoming referendum against gay marriage in Romania.

The organisation has attracted controversy for its hard-line views on Muslim immigration to Europe and donation of equipment to so-called “migrant hunters” in Bulgaria and to Kosovo Serbs preparing for confrontation with Kosovo’s mainly Muslim Albanian majority.

The news of Facebook’s decision was first reported by activists at the International Report Bigotry and Fascism.

It also published a letter, apparently from KTI, appealing for funds to fight Facebook and blaming mainstream media “smears” for the decision.

The letter claimed that 20 “British, American, Australian and European pages” were pulled on Friday, September 7, with a total of 3 million Facebook likes.

BIRN has not independently verified the authenticity of the correspondence.

However, on September 7, KTI published a statement on the social media site GAB, which is popular with the right, saying Facebook “has launched another big purge on surviving ‘right-wing’ & Christian accounts today”.

The Knights Templar International is named after the medieval Catholic crusading monastic order, founded in the 12th century, which played an important part in the wars in the Holy Land against Muslims. Originally based in Jerusalem, the order was forced later to shift base to Cyprus. The order was dissolved by the Pope in 1312 and many of its member executed.

The modern organization, which has no links to the Vatican, has been linked to the Scottish-born far-right and anti-abortion activist James “Jim” Dowson, called an “extremists’ marketing mastermind” by the UK Times, although he denies playing any official role in the organisation.

In 2016, Dowson was banned from Hungary, formerly a key centre in the KTI network, as part of a wider crackdown by the Hungarian authorities on far-right activists using their country as a base.

He and the KTI have since increasingly used Belgrade for their media activities. Dowson is meanwhile appealing the Hungarian decision.

KTI’s activities in Serbia include filming videos from the capital, helping to launch websites and training right-wing groups and activists in how to win the “information war”.

Alongside media training, the KTI – which Dowson describes as a “militant Christian order” – has also supplied equipment to volunteers on what it calls the frontline between Christianity and Islam.

It has used its funds to provide tactical vests (protective body armour) and communications equipment to Serbian groups in the volatile area of northern Kosovo, and to vigilante groups stopping migrants from crossing the Bulgarian-Turkish border.

While Dowson did not respond to BIRN’s requests for comment, in a response to the Scottish-based Sunday Post, he described the connection between him and the sites as “fake news”.

He added: “There are no Facebooks [sic] that I own down, removed or even restricted.
“However, I do see in the media many instances where the tech giants are removing thousands of platforms from Christian, conservative and pro-Brexit organisations. I think that’s deeply worrying for the rule of law and democracy.”