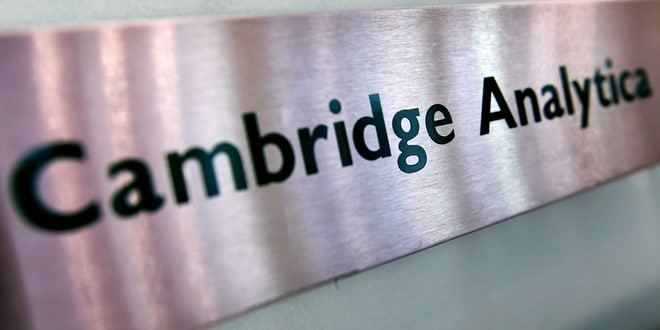 A British consultant allegedly scouted by data analytics firm Cambridge Analytica has claimed that the company had plans to secretly work for Romania’s ruling party in the 2016 elections.

The Facebook data row surrounding British analytics company Cambridge Analytica has made waves in Romania, after a consultant revealed that the company scouted him to secretly work for Romania’s ruling Social Democratic Party in its triumphant 2016 election campaign.

Cambridge Analytica is in hot water after after it was revealed that it obtained access to more than 50 million Facebook users’ data in 2014.

This was then collected, shared, and stored without users’ consent and allegedly used in the 2016 Brexit referendum and the US presidential elections.

Both the British government and the European Union on Tuesday announced investigations into the company’s activities.

Meanwhile, a British public relations consultant and writer, Rupert Wolfe Murray, revealed on Facebook on Wednesday that Cambridge Analytica had scouted him in 2016 to work for Romania’s Social Democratic Party.

“I saw the Channel 4 report about Cambridge Analytica and they mentioned an East European country where they went in secretly and successfully manipulated an election. No name was given. ‘Nobody knew we were there,’ said the boss,” Murray said on his Facebook account.

“I recognised the boss’s name and found some emails from him dating August 2016. He’d offered me a job, but when he told me it was for the ruling party, which went on to win the election, I declined,” he added.

In 2017, RISE Project reported that Strategic Communications Laboratories Group, SCL, the British strategic communication company that owns Cambridge Analytica, had set up an office in Romania in 2011.

The SCL branch in Romania was still active in 2017, when it signed a lobbying contract  with US-based firm Andreae & Associates.

The US lobbyist was asked to “provide government relations, communications counsel, and public affairs services for SCL Social relating to their anti-corruption efforts in Romania.”

The Social Democratic Party won the Romanian elections in December 2016 with 46 per cent of the votes and now controls the government.

In a press release on Wednesday night, the party denied working with the analytics firm in 2016 or any other electoral campaign.

However, the CEO of the Romanian branch of SCL, Peter Imre, said that his company never worked with any Romanian political faction.

The developer of the personality application that collected the data of over 30 million Facebook users and passed them to the British firm is a Moldovan-born psychology research at Cambridge University, Aleksandr Kogan.

Kogan told the BBC that he had no knowledge of how the information was subsequently used.

Analysts say that there are hundreds of apps like Kogan’s that are popular in Eastern Europe, whose users do not know that the apps allow companies behind them to collect, store and even sell their data.

Mihaela Pana, a Romanian journalist specializing in cybersecurity who writes for Cyber Media, says that after the row involving Cambridge Analytica broke last week, she looked closely at the apps her friends used on Facebook.

She followed up on what type of companies were behind them and realized that all quizzes used the same app for processing pictures, and that she had trouble finding contact information on the company behind the app in the Terms of Agreement.

Ioana Avadani, a media analyst and director of the Center for Independent Journalism in Bucharest, said that what Cambridge Analytica did was not only illegitimate but illegal.

“The problem was not that Cambridge Analytica profiled users, but that it fed those profiles with fake information,” she told BIRN.

“If it fed those profiles with real information, it would still be legal … Facebook also analyses my interest and prioritizes my feed. But the problem appears when you disseminate fake info into those profiles,” she added.