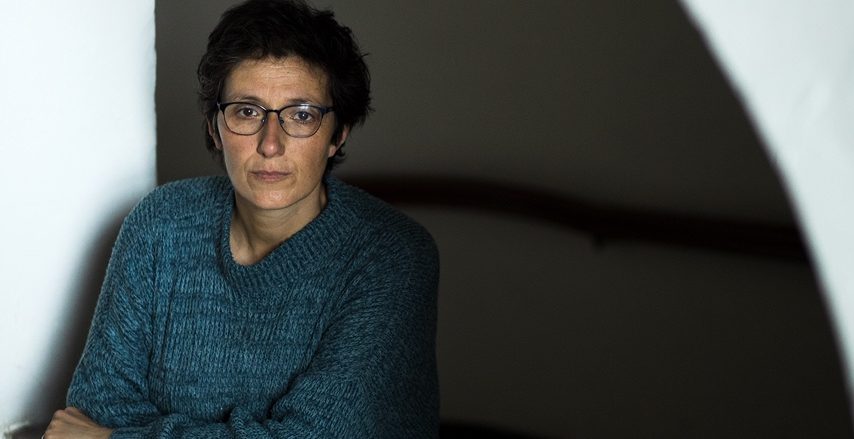 Photo courtesy of Maja Sever, the president of the Trade Union of Croatian Journalists.

Croatian journalists are already feeling the consequences of the pandemic, with employers imposing pay cuts, layoffs and the cancellation of freelance contracts, the president of the Trade Union of Croatian Journalists, Maja Sever, told BIRN.

“The crisis has affected journalists, so salaries have already been cut at a number of media outlets,” the president of Trade Union of Croatian Journalists, Maja Sever, a longtime journalist with Croatian public broadcaster HRT, told BIRN in an interview.

Sever noted that some outlets have cut employees’ salaries by 50 per cent, and that “some media did it even before the financial indicators showed that something like this should be done”.

For this reason, she believes that the role of the journalists’ union, as well as unions in general, is more important than ever.

“Under labour law, it is the union that has the legal basis to negotiate with an employer about possible cutbacks. Basically, it’s the one institution that we have with which we can fight for our rights, even in crisis situations like this, but also in situations where we are not in some kind of crisis,” Sever said. 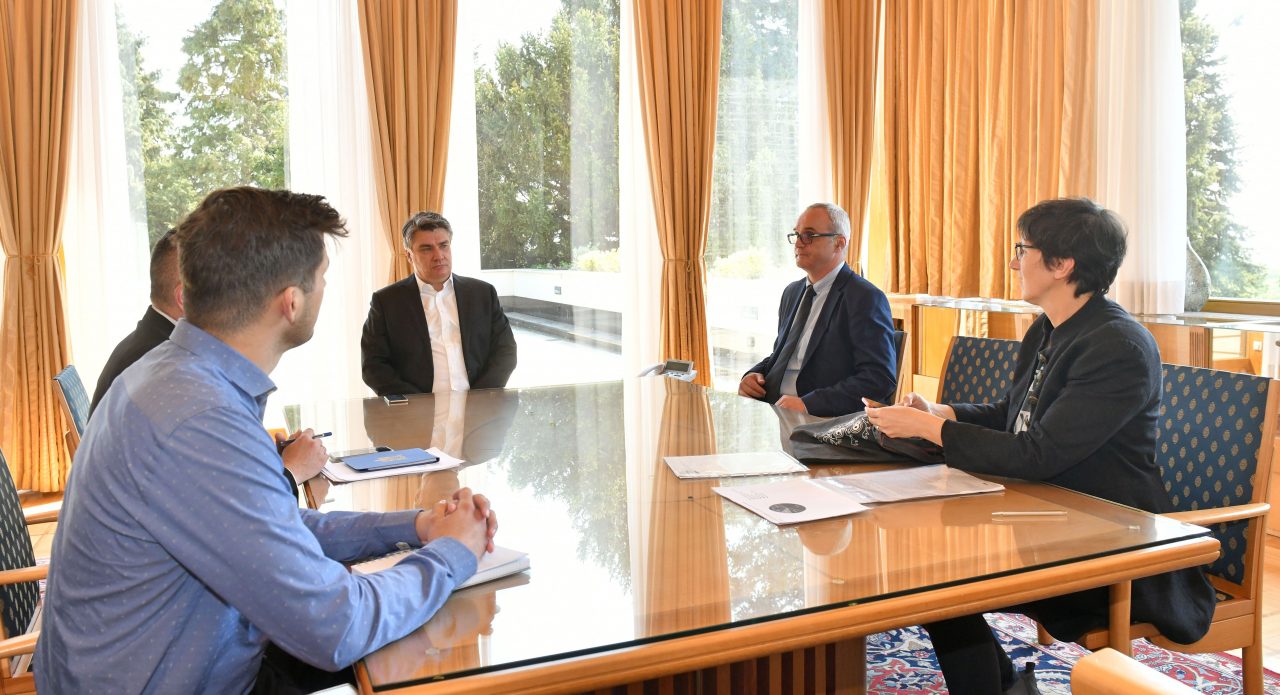 This shows that more freelancers should be unionised, said Sever: “This crisis has shown how unprotected they are; their contracts are simply cancelled and that’s it.”

Both journalists’ organisations have argued that measures taken by the government to support the economy during the pandemic have mainly aided entrepreneurs and commercial publishers.

To avoid more redundancies among journalists and other media workers, they suggested that the measures to safeguard solvency and employment should be urgently extended to all media.

More than a month after these warnings, Sever and Hrvoje Zovko, president of the Croatian Journalists’ Association, met separately on Thursday with Croatian President Zoran Milanovic and Culture Minister Nina Obuljen Korzinek, whose ministry is responsible for the media sector.

“The president, in principle, was talking with us and supporting our efforts. [But] he does not have the mechanisms or authority to do such a thing [impose measures to save journalism],” Sever said.

“As far as the minister is concerned… I cannot say that there have been any developments that we have agreed upon, but the fact is that we have begun talks on some topics and started to talk specifically about how to help freelance journalists,” she continued, adding that it is necessary to speed up the disbursement of EU aid funds which will “certainly help many non-profit media”.

Although the Croatian government has enacted a job-saving measure that gives financial assistance to employers to retain employees, Sever warned that the criteria for receiving state aid are related to bans on layoffs, not bans on wage cuts.

Commenting on the meeting with the journalists’ organisations, Obuljen Korzinek told Jutarnji list newspaper on Sunday that “there have already been a number of government measures adopted to assist the economy concerning the media” and that talks continue with journalists’ associations about supporting independent journalists. 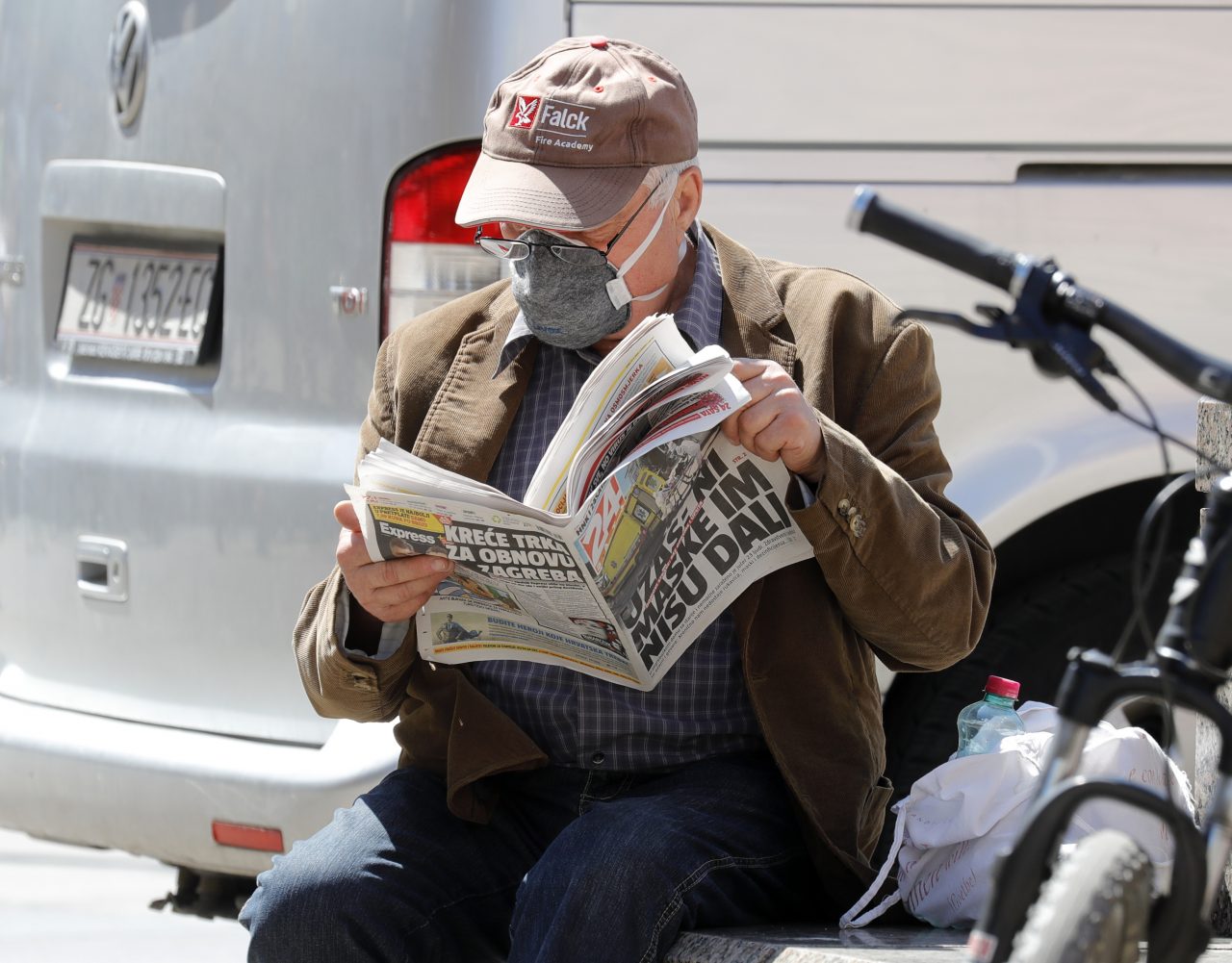 Sever argued that Croatian journalists, who are now facing a major threat to their health while covering the coronavirus crisis in the country, are underappreciated.

“For the first week of the crisis, we made a huge effort [to raise awareness] that journalists must be protected… We also wrote to the ministries, to the employers. Then we procured the protective equipment by ourselves and sent it to the people who asked for it,” she recalled.

The union also called for press conferences to be held in a way that would protect the participants from possible infection.

“Unlike most of our fellow citizens who were able to stay home with their families, we journalists go to our job every day, exposing ourselves and our families to health hazards,” she continued, adding that part-time media workers and freelance journalists do not have proper health insurance coverage.

Meanwhile, she added, “journalists are still exposed to attacks”.

At Catholic Easter, on April 14, when a journalist from the local news website Dalmatinski Portal and a camera operator from N1 TV tried to report on an Easter mass being held in defiance of social distancing measures at a church in Sirobuja, a suburb of Split, they were physically attacked by several men.

On the same day in Sirobuja, a rally was held by masked, black-clad protesters to support the priest who had called on worshippers to attend the mass. Two of the protesters displayed World War II fascist Ustasa movement’s insignia and a banner with the slogan “Journalists are worms”.

According to Reporters Without Borders’ World Press Freedom Index, Croatia has improved its press freedom status and is now ranked 59th in the world, whereas in 2019 was ranked 64the. A lower score indicates greater press freedom, but Sever described it as “small progress”.

“We are still in a society that is not known for media freedom. I think we would have to do a lot more, but unfortunately [from] large operations like public media to some kind of support for independent journalism and non-profit media, in principle we are failing to make any significant steps,” she said.

“Politicians still like to have some influence on the big mainstream media and this is really felt in this crisis,” she continued.

Sever dismissed the suggestion that Croatia should take comfort in the fact that, as far as media freedom is concerned, the country is doing better than some of its ex-Yugoslav neighbours.

“Why don’t we compare ourselves to countries that are just a little north of our geographical location and then see how we stand with press freedom?” she asked.