Russia is using the COVID-19 pandemic to undermine the EU’s standing in the Western Balkans and among former Soviet republics.

Russian disinformation in the Western Balkans and ‘Eastern Partnership’ countries has taken “a new turn” with the onset of the COVID-19 pandemic, portraying the European Union as overwhelmed and unable to support its neighbours, Romanian expert Nicolae Tibrigan told BIRN in an interview.

Tibrigan, a researcher at the Bucharest-based Laboratory for the Analysis of Informational Warfare and Strategic Communication, LARICS, said Russian anti-Western propaganda had fuelled conspiracy theories about the origins of the novel coronavirus and criticism of the EU’s efforts to support the countries of the Western Balkans and six former Soviet republics in the so-called Eastern Partnership.

“One of the main goals of pro-Kremlin disinformation in the two regions is to create and deepen mistrust between the EU and its partners,” Tibrigan told BIRN in an email interview.

“In the context of the health crisis, these disinformation efforts are taking a new turn, in which the EU is systematically portrayed as overwhelmed by the situation and unable to respond to the needs and calls of its eastern neighbours.”

Giving the example of a report by Russian state-controlled agency Sputnik from January suggesting the virus originated in a NATO or US laboratory, Tibrigan said that “online sources with ‘alternative content’ and social networks propagated these narratives as indisputable facts, each time adapting the message to the internal context of each state.”

“Local actors were encouraged by the pro-Kremlin media to multiply the message to contribute to a real regional campaign of misinformation, propaganda and spread of conspiracy theories on the health crisis: secret laboratories explain coronavirus outbreaks, while outbreaks of coronavirus would automatically prove the existence of secret laboratories.” 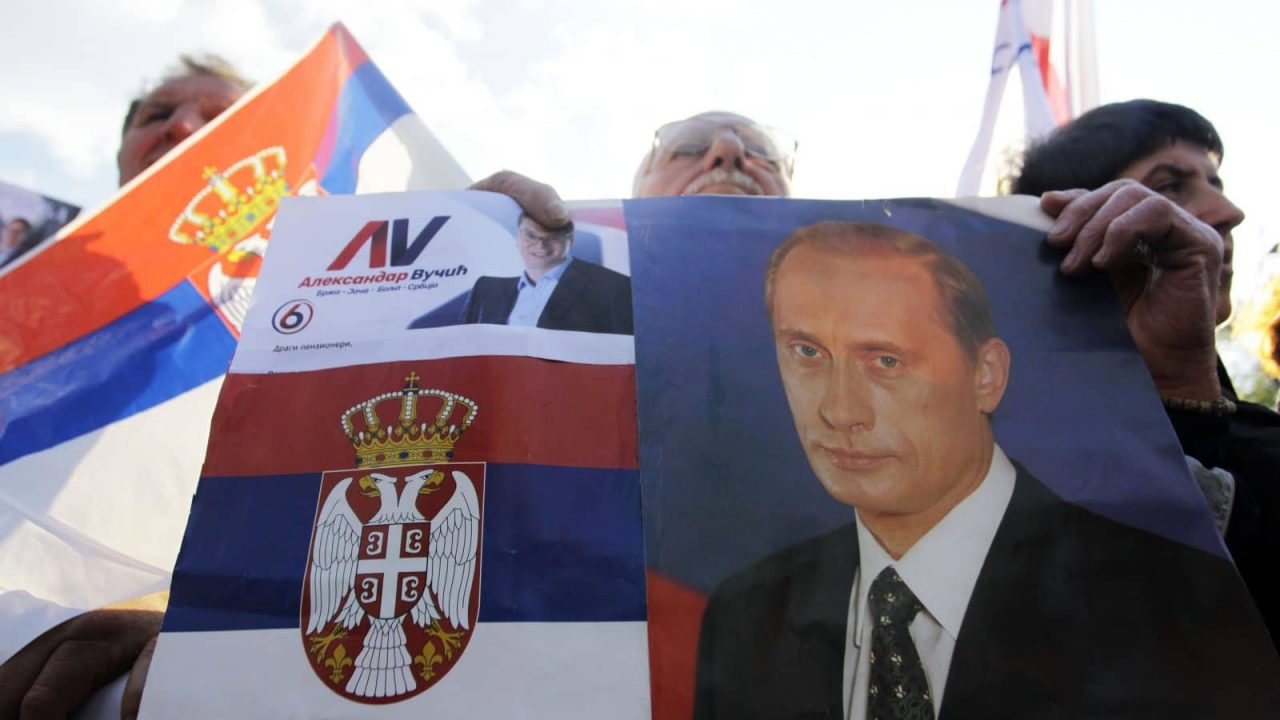 Tibrigan said Russia sees the Western Balkans as “a vulnerable periphery of Europe,” one which presents “an opportunity to undermine the EU and NATO by exploiting local vulnerabilities.”

Sputnik’s Serbian-language outlet, based in the Serbian capital, Belgrade, is the main source of Russian disinformation in the Balkan region, Tibrigan told BIRN, while citing other outlets such as Russia Beyond the Headlines, which translates into Serbian and Macedonian, the newspaper Argumenti i Fakti [Arguments and Facts] and the ‘Ruska Rec’ newspaper supplement.

He said there was a “lack of political will” in the Western Balkans to combat Russian disinformation, while Serbia and North Macedonia have become not just consumers but “exporters” of Russian propaganda.

Tip of the iceberg

In the Eastern Partnership states – Moldova, Ukraine, Georgia, Belarus, Azerbaijan and Armenia – Russian propaganda is more direct, Tibrigan said and does not use one particular state as a platform as Serbia is used in the Western Balkans.

Disinformation has become an essential tool in trying to thwart the European path of these states, where Russian is widely spoken or understood, he said, alongside direct military intervention and the perpetuation of frozen conflicts.

“These propaganda narratives manage to penetrate the information ecosystems of the EaP [Eastern Partnership] states, with the public being ‘warned’ about the ‘lack of sustainability and stability’ of their Western partners,” said Tibrigan.

In Moldova, he said, the government and president actively disseminate pro-Kremlin propaganda, while authorities have not taken any measures to limit the influence of Russian-language social networks.

Notably during the pandemic, the Moldovan Orthodox Church, canonically subordinate to the Russian Patriarchy, has echoed the main Russian propaganda themes.

Of the Russian 1.3 billion, 325 million will go to state-controlled Russia Today, which broadcasts in roughly 100 countries around the world, Tibrigan said.

“And that’s just the visible part of the iceberg, given that we can’t estimate the exact value of the propaganda operations carried out by proxies or secret service entities.”