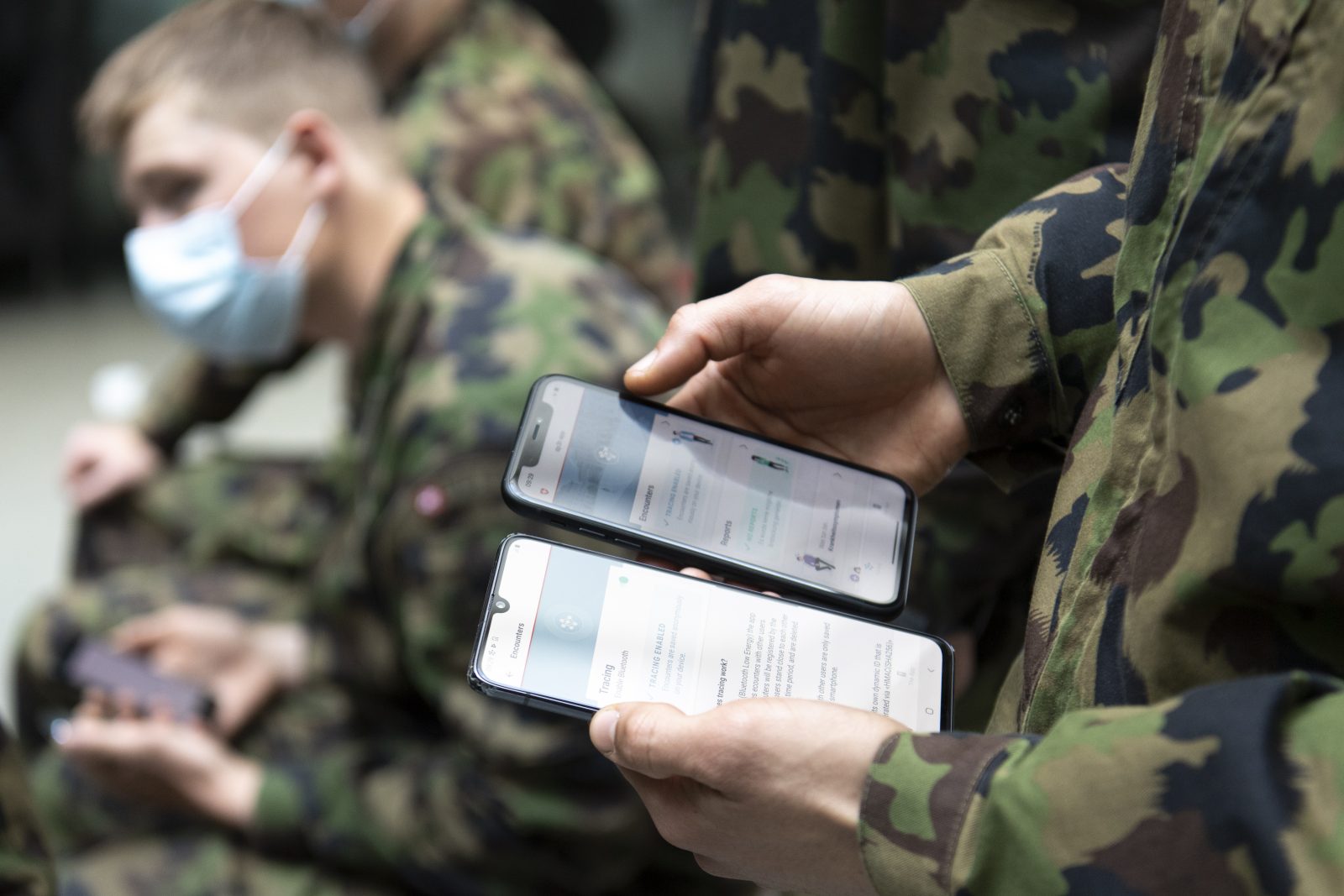 As Europe gropes its way out of lockdown, countries are seeking tech-based paths back to normality. Central Europe leads the way.

As countries across Europe gingerly ease restrictions imposed to fight the spread of COVID-19, governments are looking for tech-based solutions to avoid a resurgence in infections.

Experts agree that one of the most effective ways to do this is to introduce some kind of social-tracing system to let people know if they have come into contact with anyone later reported infected. Once alerted, they can self-isolate before further spreading the virus.

European countries are at different stages in developing COVID-19 social-tracing apps that governments can encourage — not require — people to install on their smartphones.

Since privacy watchdogs have decried the use of location data, most nations have chosen Bluetooth-based technology as the best way of registering potential contact with those who have been infected.

While most states in Western and Southern Europe are still tinkering with the technology, some countries in Central Europe have had tech-based solutions for social tracing up and running for weeks. The Czech Republic and Poland are leading the way.

Playing their own game

In Poland, people returning from abroad are required to stay at home for two weeks of quarantine. The government asks them to download an app to verify they are complying with the rules. At random times, users are requested to take selfies and upload them to prove they have not left the house.

The Polish Ministry of Digital Affairs is also grappling with a Bluetooth-based social-tracing app intended for wider use.

“We’re still working on the application,” Joanna Debek, a communications officer at the ministry, said in a phone interview. “It will be released very soon,”

But it is the Czech Republic that leads the pack when it comes to “fast-track” COVID-19 measures.

The country was one of the first EU member states to declare a state of emergency, on March 12. And only a week later, it became the first EU country to make it mandatory for everyone to wear face masks in public.

The Czech tech sector was also quick to act. In mid-March, the country’s largest search engine, Seznam, introduced a coronavirus tracing feature on its geolocation app, Maps.cz. With a user’s permission, it draws on location data to inform people if they have crossed paths with anyone who has tested positive.

A month later, the Czech Health Ministry released a Bluetooth-based social tracing app known as eRouska (eMask). The app anonymously detects pairings among different devices on which the app has been installed. Similar technology is now being developed all across Europe.

The app is integrated into a more complex solution called the Smart Quarantine, which combines data from cell phones and payment cards. With a user’s permission, local hygiene stations can use this data to isolate individuals who have come into contact with infected people.

Jan Kulveit, a senior researcher at the Future of Humanity Institute at Oxford University, is one of the two main strategists for the system developed by Covid19.cz, a group of Czech tech companies and IT enthusiasts working on tech-based solutions out of the current crisis. He said developing an app is the easy part.

“The tricky part is to ensure that these technical solutions are somehow integrated into a system that local hygiene stations can obtain information from, and then act upon,” he said in a phone interview.

“In this sense, the Czech Republic is a few weeks ahead of Germany and most other European countries. We’re actually currently in contact with several countries who expressed their interest in our model.”

A key question is how to turn a patchwork of national systems into something that is “interoperable across the EU so that citizens are protected even when they cross borders”, as the European Commission said in a recent news release.

One initiative that sprang up to address the problem is Pan-European Privacy-Preserving Proximity Tracing (PEPP-PT).

Headed by Hans-Christian Boos, a Swiss tech entrepreneur who sits on German Chancellor Angela Merkel’s digital expert council, PEPP-PT is an attempt to create a European-wide solution to the “coronavirus tracing problem”.

“We’re now in contact with 40 countries worldwide,” Boos told BIRN in a phone interview. “We started as a European project, but maybe we’ll have to rename it now; there are countries from all around the world contacting us.”

We started as a European project, but maybe we’ll have to rename it now; there are countries from all around the world contacting us.

Boos and his team of scientists from across Europe have been developing a set of standards, mechanisms and technologies that could serve as a backbone for various interoperable apps.

Many Western and Southern European governments including France, Belgium, Italy and Spain have pledged to develop their national apps using the standards put together by PEPP-PT, Boos told a news conference last month.

But no Central or Eastern European country has publicly expressed interest in the initiative.

“I know that there are countries among those 40 from Eastern Europe,” Boos told BIRN. “They’re interested. I mean why shouldn’t they be?”

However, since BIRN’s interview with Boos in mid-April, PEPP-PT has had a downhill ride.

On April 19, more than 300 scientists and researchers published an open letter urging governments not to introduce systems that could “allow unprecedented surveillance on society at large.”

Although the open letter does not name any specific initiative, the criticism is widely seen as directed at the PEPP-PT social-tracing approach, until then favoured by key EU member states Germany and France.

Many researchers say the PEPP-PT strategy is too centralised and vulnerable to governmental “mission creep”. This is due to the fact that, under this scheme, user data would be stored on a central server.

Since the open letter was published, a growing number of researchers have called for the use of a decentralised contact-tracing protocol called DP-3T, developed by Swiss researchers in collaboration with a technology partnership between Apple and Google.

This has prompted several countries to ditch PEPP-PT for DP-3T. Switzerland, Austria and Estonia are backing the decentralised approach, according to Reuters.

But the biggest blow for Boos and his team came on April 24 when Germany announced it would also adopt a “decentralised” approach, leaving France and Britain alone in the “centralisation” camp.

Officially, the Czech Health Ministry has left the door open for cooperation with PEPP-PT.

“We’d like to work with them in the future on standardisation and interoperability of different national solutions,” a ministry spokesperson said in an email.

But Kulveit from the Future of Humanity Institute expressed skepticism about the pan-European PEPP-PT solution.

“I think that, in the end, the interoperability of all the individual European apps will be based on the Google-Apple solution,” he said.

“In any case, countries shouldn’t be just waiting for one, pan-European solution before developing their own domestic social-tracing apps. You can always just update the protocol later to make them [the apps] talk to each other.”