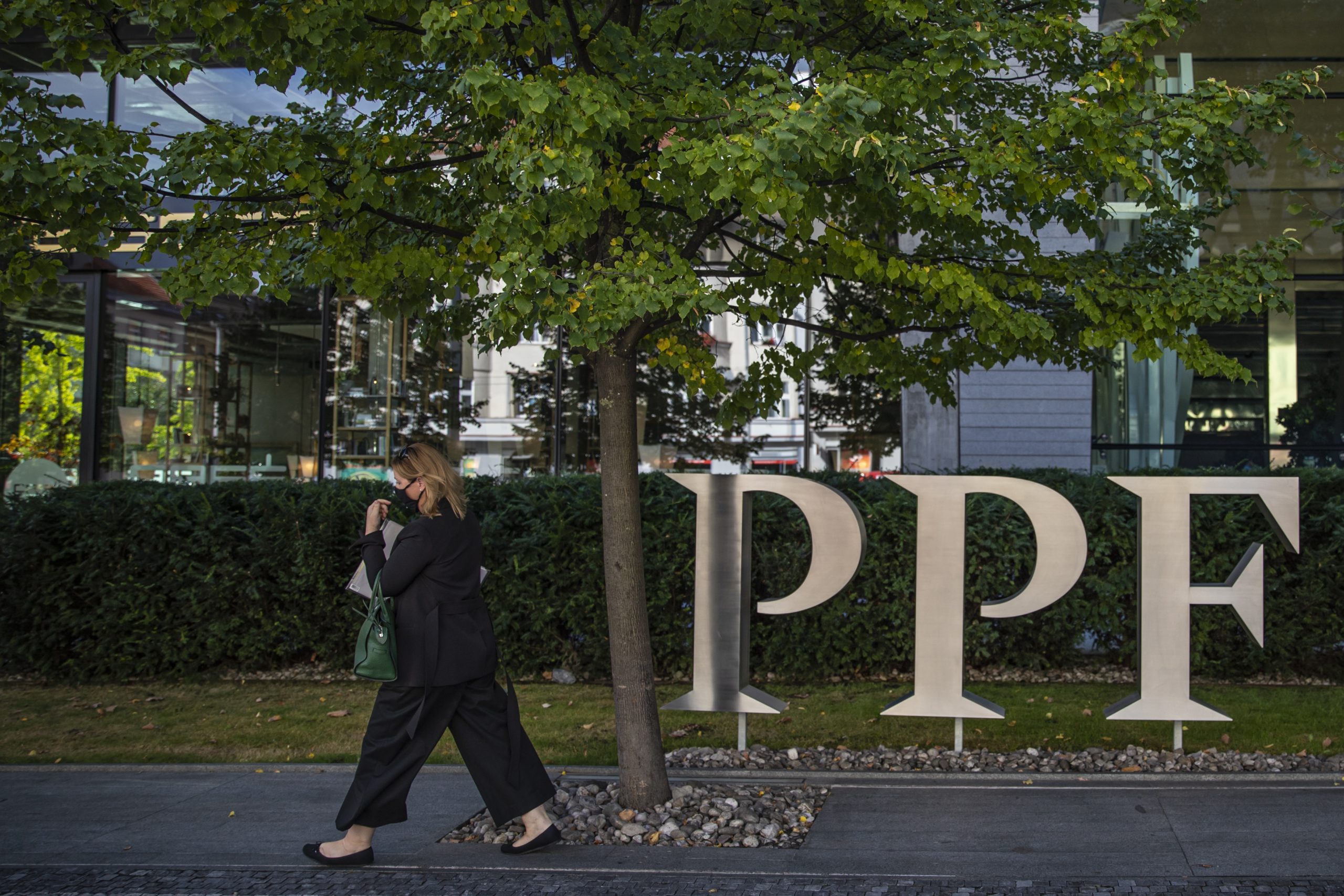 A woman walking past the logo of PPF Group in front of company headquarters in Prague, October 7, 2020. Photo: EPA-EFE/MARTIN DIVISEK

Dismissing concerns about market concentration and potentially expanding Chinese influence in the region, the European Commission has given the thumbs up to the acquisition of Central European Media Enterprises, CME, by Czech businessman Peter Kellner’s PPF Group.

The European Commission on Wednesday approved the sale of Central European Media Enterprises, CME, to the PPF Group conglomerate, whose owner, the Czech Republic’s richest businessman, Peter Kellner, has been accused of acting as a proxy for China.

Civil society groups earlier warned that the sale could boost China’s influence on the TV sector in Central and Eastern European countries where both groups are present. Concerns have also been raised over potential market concentration.

The EU executive body dismissed these objections, however. “Based on its market investigation, the Commission found that the transaction, as notified, would not impact the companies’ position in these markets,” a statement on its website said.

“PPF and CME are both active in the acquisition of sports broadcasting rights in Czechia and Slovakia and in the sale of advertising space in Czechia,” the statement added. “In parallel, the two companies are active at different levels of the TV value chain,” it continued.

“CME is mainly active as a wholesale supplier of TV channels in a number of Member States, while PPF offers retail audio-visual and telecommunications services in Bulgaria, Czechia and Slovakia,” it asserted.

These elements pose no real risk to fair competition, the Commission went on, as “the companies generally do not compete for the acquisition of the same sports rights and the transaction would only lead to a limited increase in PPF’s existing share of the market.

“Similarly, PPF’s activities represent a negligible share and would not add significantly to CME’s position in the market for the sale of advertising space in Czechia.”

The sale will give Kellner’s group control over leading private television stations now owned by CME in Bulgaria, Romania, Slovenia and Slovakia. CME’s main channel in Slovakia, Markiza TV, is widely considered a rare independent television station in the country.

PPF has already interests in the audiovisual and telecommunications sectors in some of these countries.

The deal was signed in October last year. A PPF representative said on Wednesday that the group expected the purchase to be finalised on October 13.

Last February, US Republican Senator Marco Rubio, a known China hawk, urged the US authorities to launch “a full review of the national security implications” of the sale.

Rubio insisted that the deal would advance “the Chinese Communist Party’s political interference” in the countries where CME operates.

If the sale to PPF went ahead, Rubio observed, Kellner’s group would control of channels with a massive audience of 97 million people only in Romania and Bulgaria, where CME owns rating market leaders Pro TV and b1.

China in July announced retaliatory sanctions on Rubio, fellow Republican Senator Ted Cruz and other US officials for their harsh criticism of its policies.

Kellner has often been accused of serving China’s interests in Czechia, where his PPF group has its base. These services are said to include whitewashing Beijing’s record through a paid propaganda campaign in the Czech media.