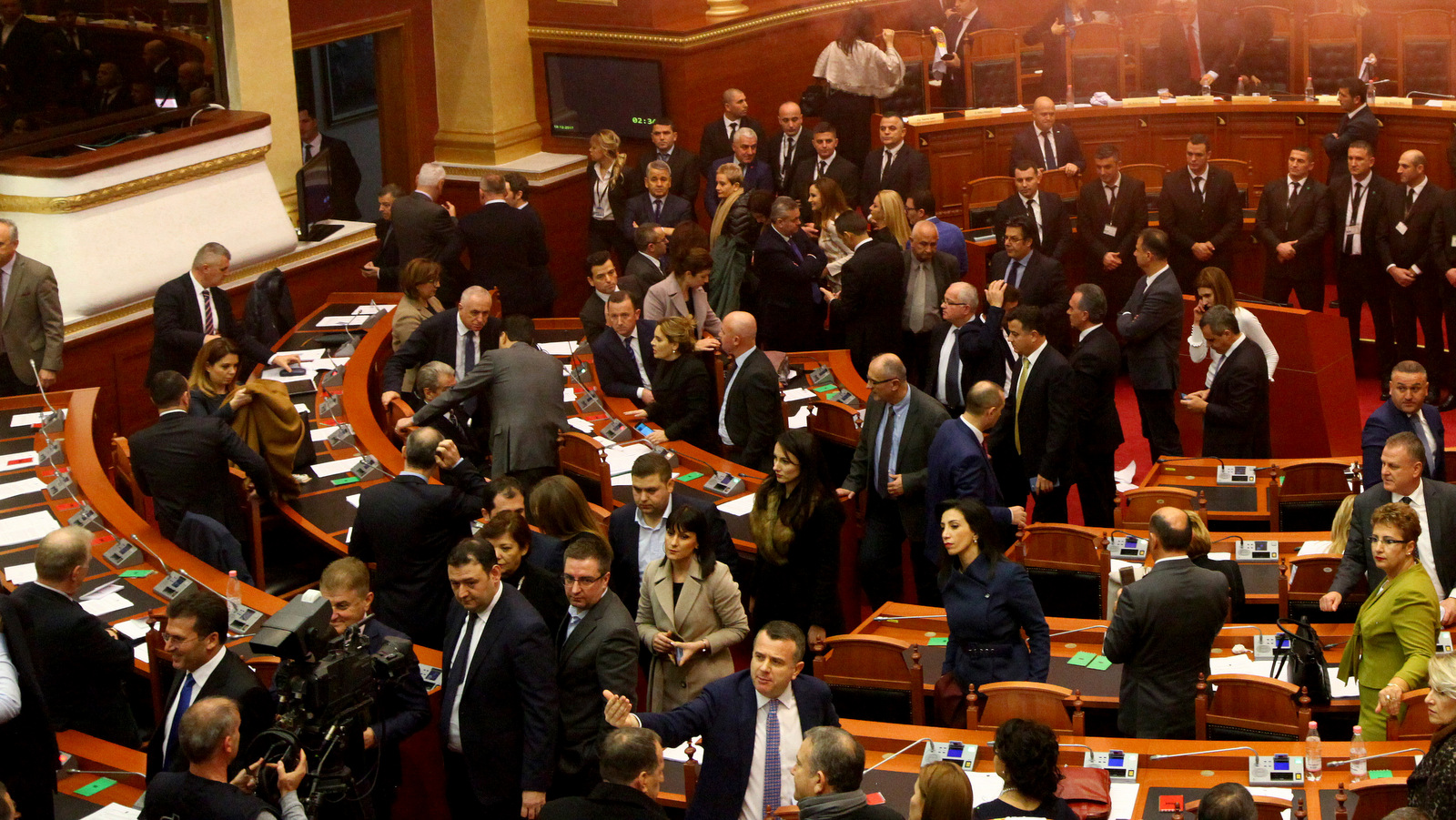 An apparent rush to elect board members of Albania’s Audio-visual Media Authority before the next parliament meets in September is prompting concerns that the ruling Socialists are hurrying to fill the board with political sympathisers.

Albania’s parliament on Monday announced vacancies for four positions on the board of the country’s Audio-visual Media Authority, AMA, without waiting for the new parliament elected in the April 25 elections to give its view, prompting concerns about the creation of a one-sided board supportive of Edi Rama’s ruling Socialists.

The decision follows the election of four members of the board of Albania’s public broadcaster, two of whom have a clear political affiliation.

Both boards should by law be politically independent, but their members in practice are widely seen as representatives of the parties who propose them in parliament.

Moreover, the current parliamentary opposition bench comprises a number of MPs who have meanwhile gone over to the government side, causing concern that the new boards will be totally dominated by Socialist Party supporters.

Koloreto Cukalli, head of the Albania Media Council, an NGO based in Tirana, said it looked like a power grab by the Socialists that could damage the credibility of the AMA for years.

“Such institutions should be independent and not, as they have been till now, cross-party boards,” Cukalli said, citing an opinion of the Venice Commission. “If the current parliament elects all of them [the board members], the AMA’s reputation will suffer even more,” he added.

Elvin Luku, head of Medialook, a think tank based in Tirana, added that the current parliament lacked the credibility to elect the new board members, and should leave the task to September, when the new parliament meets.

“The election of the board members of the public broadcaster by the current parliament poses concerns in terms of political independence,” Luku told BIRN.

“We already have a problem with editorial independence and the editorial freedom of the media, so it is of crucial importance that the next parliament elects the AMA board members, not this one”, he said.

The Media Commission of parliament debated the candidates for membership of the public broadcaster board on 26 February.

The law grants the opposition in parliament the right to veto some of the candidates, a right deigned to stop the majority party from imposing its choice. Klajdi Qama, an opposition MP, exerted this right, according to the Commission report on the meeting.

Less then two months later, however, Qama became a Socialist Party candidate in the elections. Despite that, he is still nominally representative of the opposition in the current parliament – one of several MPs from the former opposition that has gone over to the ruling Socialist side.

Other MPs, also nominally representing the opposition, have consistently voted in favour of the government, granting the Socialists a de facto supermajority that will end only when the current parliament is dissolved.

Because of this, the boards of various independent institutions are now seen as tools of the ruling Socialists and not, as before, as representing both the government and opposition.

The last elections, which the Socialists again won, took place on April 25 but the previous parliament is still sitting and won’t likely be dissolved until July 7. The new parliament is expected to meet on 9 September.

“Personally, I would prefer to have AMA board vacancies filled by the next parliament,” media expert Luku told BIRN, pointing out that the vacancies were created in 2018 and 2019, so waiting a few more months will not make much difference.